So, it turns out this New York Comic Con thing is a pretty big deal (sarcasm). But not just that—in addition to the actual convention, there’s New York Super Week, now in its second year, which is basically a city-wide geek festival in partnership with NYCC. And the biggest event of the week is the Walking Dead Premier on October 9 at Madison Square Garden.

Go HERE for information about the Walking Dead Fan Premiere.

But that’s not all. New York Super Week is HUGE, and has so many things to do you couldn’t possibly do them all. I guess it could be argued that Super Week is similar to the campus-like playground of the Gaslamp District in downtown San Diego during SDCC. A lot of online publications (including us) carried lists of “Outside Comic-Con” events. Super Week is NYCC’s answer to that.

Here’s what the official website says: For one week the entire city of New York will become a playground for super heroes, villains, vampires, zombies, geeks and passionate fans of all sizes. With different pop culture themed experiences happening in every corner of the City – including concerts, comedy shows, gaming events, lectures, podcasts, storytelling, food tastings and more – New York Super Week is an immersive and inclusive experience that aims to bring the energy, passion and color of the entire universe of popular culture to every corner of all five boroughs of New York City. The event will take place October 5 – 11, 2015, leading into the East Coast’s biggest and most exciting popular culture convention, New York Comic Con.

Sounds awesome! Here are some of our picks to check out.

OCTOBER 3-4, ESL eSports tournament at Madison Square Garden
ESL, the world’s largest esports company, and Twitch, the leading social video platform and community for gamers, are presenting the East Coast’s largest esports event at Madison Square Garden Theater with eight of the world’s best Dota 2 teams battling for over US$250,000 in prize money on October 3-4.

OCTOBER 9, Masashi Kishimoto Signing, Creator of Naruto
Meet the creator of Naruto, the best-selling manga series. This event is an extremely rare opportunity to see the legendary Kishimoto Sensei in his first public appearances outside of Japan.

OCTOBER 10, Writing & Selling Your TV Series or Screenplay
Some of today’s top screenwriters, producers, executives, publishers and TV writer/producers will provide an in-depth look at selling your genre screenplay or TV series as part of New York Super Week.

And that’s just the tip of the iceberg! For a complete list of events, check the official Super Week Events Page here. 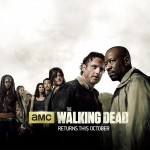 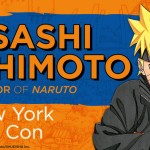 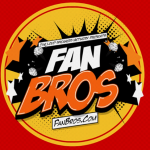 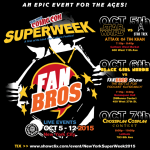 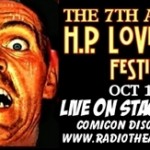 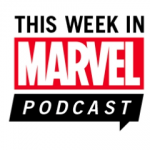 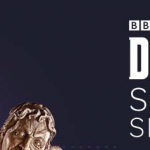 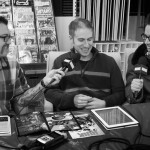 Super Week articles from around the web