Just ask our friend Katie, who turned her cosplay passion into something cool. Katie (last name withheld to preserve her secret identity at further cons – and to keep all the creeps away) just announced that she got a job in the Universal Studios costuming department. “I really want to do film/TV costuming,” she says. “It’s my passion. It’s one reason I’m watching Peter Pan right now. It’s one of my favorite Universal Studios pictures and the costumes are fantastic!”

She’s referring to the 2003 Universal Pictures film Peter Pan. “It’s one of my favorite movies because it’s more accurate to the book and the production design and costumes and story are wonderful,” she says. “Making costumes isn’t new to me but making them for cosplay for myself is. I’ve only done one all-out cosplay, which was Lady Sif,” she says. The costume, which is based on Lady Sif from Thor, was created for this year’s Wondercon in Anaheim. “I had to make chain maille and armor. But Sam and Dean [from TV show Supernatural, which she created for this year’s SDCC] was really fun because of the passion of the fans of Supernatural and the reaction it gets.” 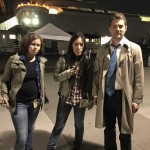 Supernatural Katie, with one of The Con Guys as Cas. 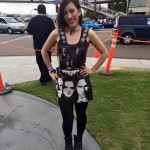 Katie in her Comic-Con bags 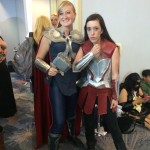 Katie as Sif (at Wondercon)

And she’s not the only one. According to a recent article in the News-Journal, “Costume design pros say the skills cosplayers need to create their characters often are the same ones professionals use to help make TV and film characters come to life.” The article continues: “Scooti Harper, who hand-stitched every stripe on her Victorian corset-and-bustle gown, said she hopes to become a seamstress in the costume industry. ‘That’s the ultimate goal for me,’ said the 26-year-old, who belonged to the ‘Women of the Haunted Mansion’ ensemble that won best in show at the ball.”

We’d love to hear from you if you have professional aspirations for your costuming and cosplay skills. The once-nerdy world of cosplay is gaining notoriety and respect, and fans from Hollywood and beyond. 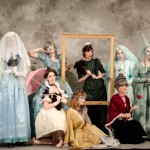 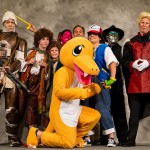 Winners! Women of the Haunted Mansion 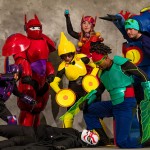 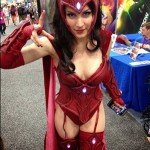 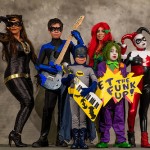 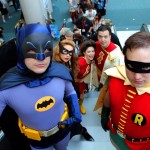 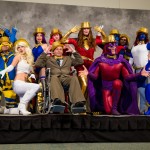 San Diego is ground zero for cosplayers the world over, and this year’s outing proved as big as ever, from the zombies, to the super heroes, to the Haunted Mansion ghosts who took the top prize at this year’s Masquerade. But don’t take our word for it….take a look at our gallery, the videos, and a GIANT collection of galleries from all across the web. All the best from all across the cosplay universe. Check it out. Share your photos and your stories! And again, let us know if your cosplay is more than a hobby for you.

Women of the Haunted Mansion

And check out Cosplay Nation’s video recap…they even do a little call-out to Con Guy during the video. Great Tyler Durden Fight Club cosplay!

COSPLAY GALLERIES AND WRAP-UPS FROM AROUND THE WEB