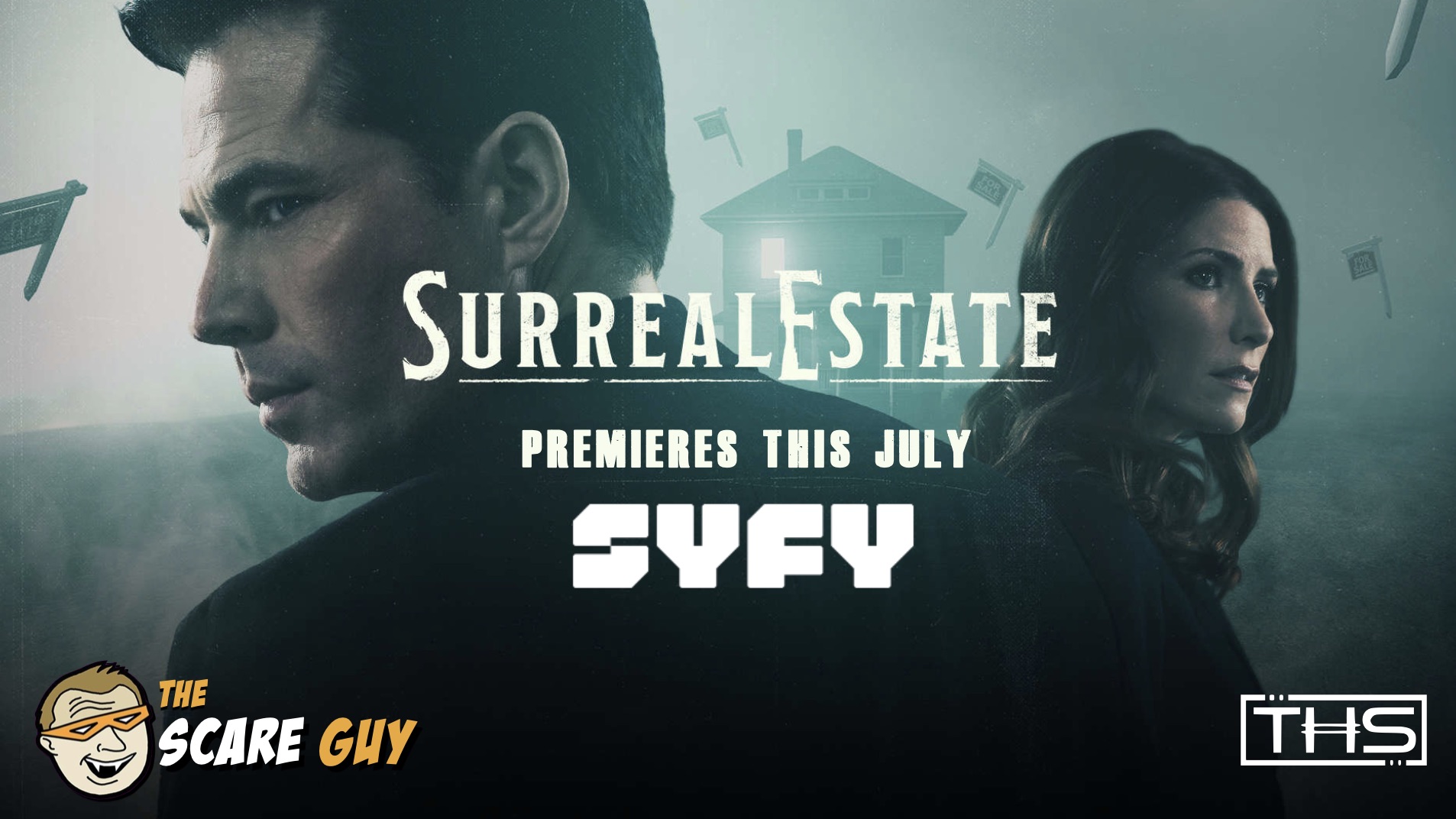 Would you buy a haunted house? Did you know that if your house is “haunted” it can negatively affect its value? Well, realtor Nick Roman and an elite team of specialists are here for you! Real estate and horror collide in the fun new SYFY horror show SurrealEstate, which premieres Friday July 16th.

Tim Rozon, who plays the lead, Nick Roman,  and Danishka Esterhazy, producer and director, join our very own Luke Cheeseman, Jim Frye and Kari Lane to discuss the new show.
Horror fans will be thrilled to see homages to horror classics such as The Exorcist, and Esterhazy tells us how the show incorporates gothic horror elements as well. The show has has a playful sense of humor which goes well with the spooky vibe. Gotta love a horror comedy!
There is also a bit of mystery to Nick Roman, the team is rather intriguing, and the first episode pulls you right into this world. We can’t wait to see more!