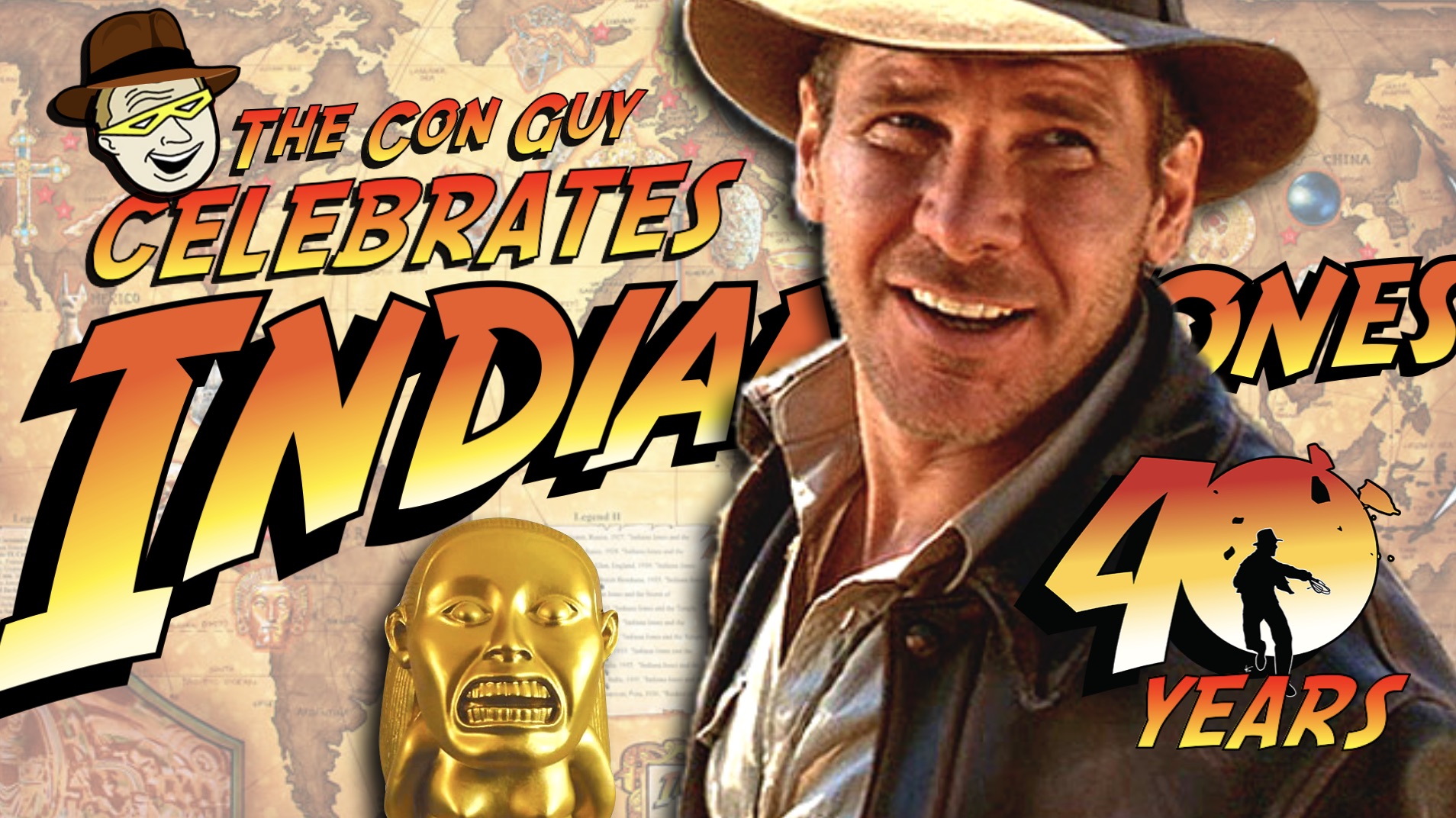 Monday night, June 7, at 8 p.m. PT, join the CON GUYS in celebrating one of the greatest films ever made, RAIDERS OF THE LOST ARK. We celebrate all the Indiana Jones films, talk about part 5, share some cool collectibles and cosplay, and commemorate 40 years of the most daring archeology professor ever to set foot inside a dusty tomb.

With a whip, a fedora, and a smirk that seemed to always get him into trouble, Indiana Jones exploded onto movie screens on June 11, 1981, and action movies have never been the same since. Harrison Ford’s famous archeologist barely escaped giant boulders, Nazis, and the fearsome and powerful Ark of the Covenant in Stephen Spielberg’s masterpiece RAIDERS OF THE LOST ARK… the film has since been re-named Indiana Jones and the Raiders of the Lost Ark (that’s a mouthful), and from the heart-racing action to the bombastic score by John Williams, it set the standard by which all action films that followed are measured. It was followed by TEMPLE OF DOOM, THE LAST CRUSADE, and — years later — the not-so-popular CRYSTAL SKULL. As a whole, it’s one of the greatest film series in movie history, and on this week’s THE CON GUY SHOW, we celebrate this epic story and give it all the love we can.