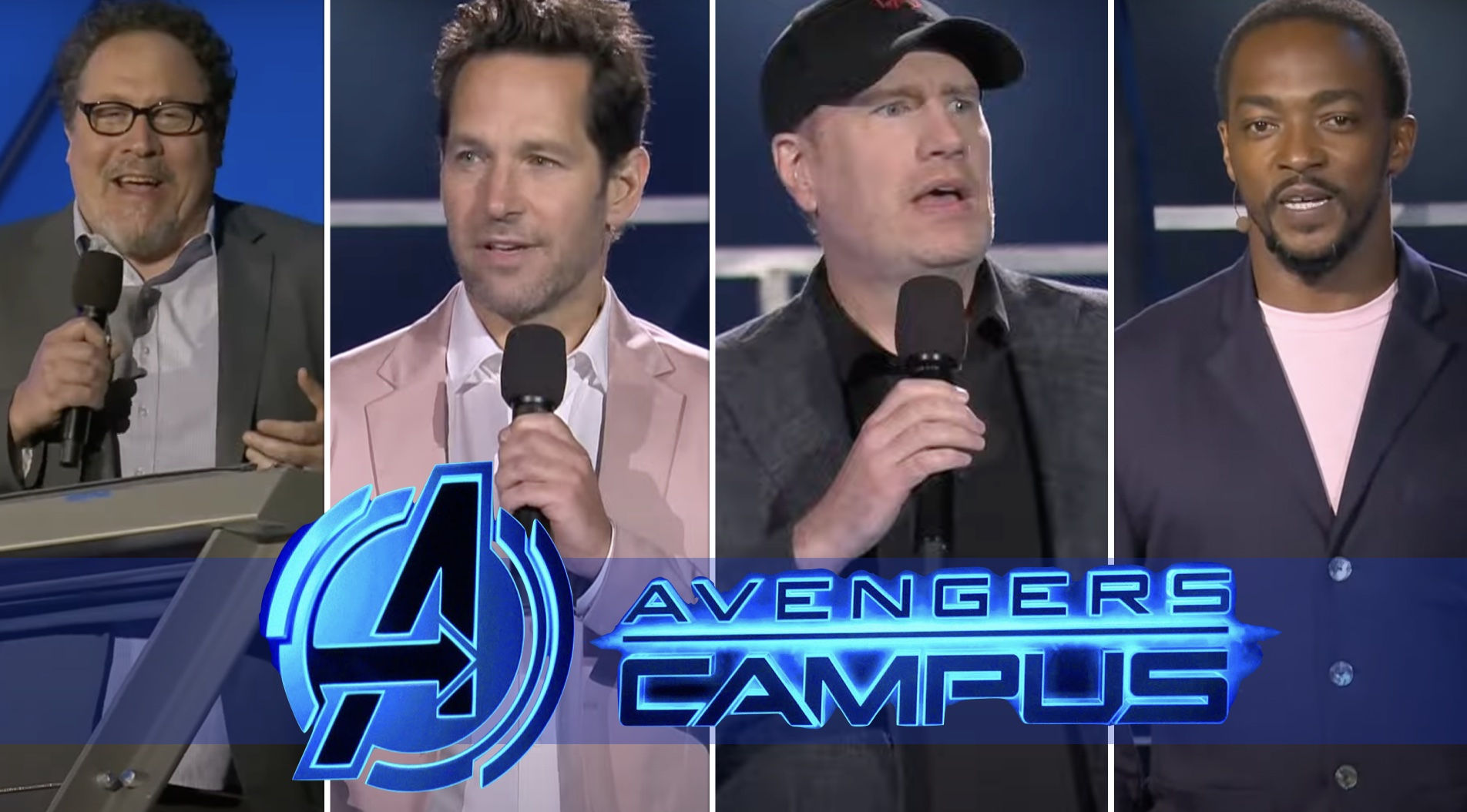 It’s been a long time coming, but Disney has finally and officially created a Marvel-themed land at a theme park here in the U.S. Of course, because of all the legal wrangling with Universal Studios, you won’t see the name ‘Marvel’ used to describe this new land. Nope. Instead, it’s called AVENGERS CAMPUS, but everyone knows exactly what it is—it’s the centerpiece of establishing a Marvel footprint at Disney parks here, and it opens June 4 at Disney’s California Adventure theme park in Anaheim, CA. In a star-studded ceremony, Disney executives including CEO Bob Chapek and Marvel Studios President Kevin Feige “threw the switch,” so to speak, and dedicated this new theme park land. You can watch the opening ceremony—which also featured Paul Rudd, Anthony Mackie and Jon Favreau—right here:

As any super hero fan knows, this isn’t the first time that Marvel characters have set foot inside a theme park. Back in Orlando, Universal Studios opened ISLANDS OF ADVENTURE, its second theme park in the region, which included a Marvel’s Super Hero Island. Of course, it was a licensing deal that was made well before Disney entered the picture and purchased Marvel. But because of long-standing legal agreements (that Universal is in no hurry to give up), Disney cannot develop certain marquee Marvel characters within theme parks east of the Mississippi… somehow, the Guardians of the Galaxy characters got around that legal stranglehold and are scheduled to be the centerpiece of a brand-new roller coaster opening soon (probably next year) at Epcot… (some may wonder ‘what’s taking so long’ with that roller coaster… but it’s a simple explanation: scenes featuring the Guardians still need to be filmed for the attraction, and the plan is to film those scenes concurrently while the third Guardians movie is being filmed. No word has been given on when filming will commence, but it will probably be after the film’s director, James Gunn, finishes with some projects he has at Warner Bros, namely the next Suicide Squad film).

Anyway, because of some legal mumbo jumbo, the name ‘Marvel’ cannot be used to describe the new land in California, so Avengers Campus is the name being used.

But it doesn’t matter, because once those gates open, nobody will care what it’s called…. they’ll just be cramming in and getting their first real taste of Disney’s first Marvel themed land. It’s time to assemble!