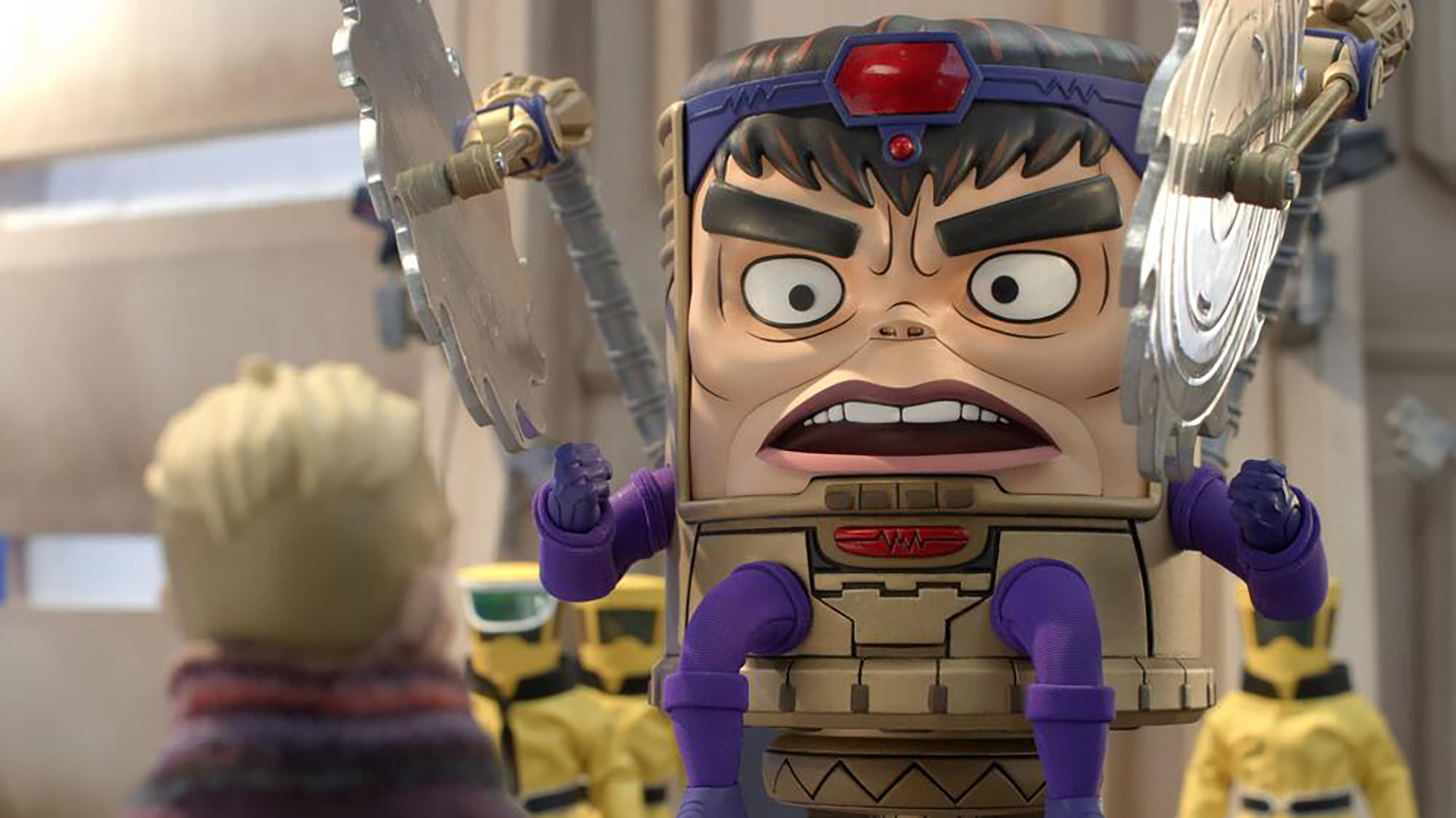 Marvel’s M.O.D.O.K., the first animated comedy geared specifically for adults, debuts Friday, May 21 on Hulu. We found this out during the virtual Television Critics Association winter press tour.

In Marvel’s M.O.D.O.K., the megalomaniacal supervillain M.O.D.O.K. (voiced by Oswalt Patton) has long pursued his dream of one day conquering the world. But after years of setbacks and failures fighting the Earth’s mightiest heroes, M.O.D.O.K. has run his evil organization A.I.M. into the ground. Ousted as A.I.M.’s leader, while also dealing with his crumbling marriage and family life, the Mental Organism Designed Only for Killing is set to confront his greatest challenge yet.

Fans of the Uber-popular Adult Swim block of adult-oriented cartoons and animated fare on Cartoon Network will likely flock to this new Marvel effort. It’s irreverent and oddball, but firmly rooted in one of Marvel’s more bizarre villains. But who, exactly, is this oddball character who appears to be a giant, floating head? It’s definitely one of the weirder villains to come from Marvel—which makes it a perfect match for this type of show. I gotta tell ya: with the totally unexpected sitcom strangeness of WandaVision, the upcoming action of Falcon and Winter Soldier, and now this—Marvel is hitting on all cylinders. They’re not just sticking to the same ole formula, but instead, they’re experimenting and hitting out of the ballpark.

From Marvel.com:
Average technician George Tarleton found his fate forever changed thanks to a random selection by his boss, the Scientist Supreme of A.I.M., who needed a unique, bio-engineered “living computer” in order to plumb the mysteries of the Cosmic Cube. Tarleton was subjected to hideous experiments, mutating his body into a massive-headed being possessing superhuman intelligence and extraordinary psionic powers, and the process drove him mad. Given the code-name M.O.D.O.C. (“Mobile Organism Designed Only for Computing”), Tarleton instead turned on his superiors, slaying them all and declaring himself Scientist Supreme. Moreover, he changed his name to M.O.D.O.K., with the “K” standing now for “Killing.” 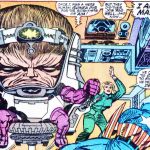 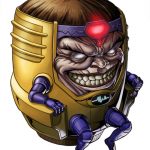 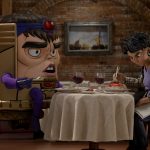 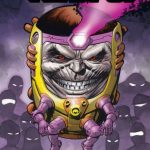 According to THE WRAP: “M.O.D.O.K. was initially one of four animated series from Marvel TV — now under the auspices of Marvel Studios and Kevin Feige — that was part of a massive animated series deal. The other three series were Howard the Duck, Hit-Monkey and Tigra & Dazzler. The four were then expected to crossover in an event series called The Offenders. Now, only M.O.D.O.K. and Hit-Monkey remain as Marvel redirects all resources toward its growing list of Disney+ series.”