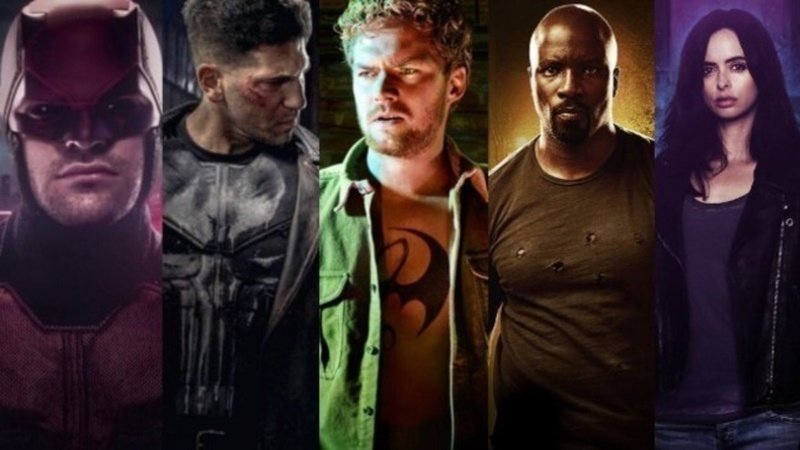 Jessica Jones and Punisher are back! Although there’s no word on if Marvel will soon be developing any more content based on the characters in their DEFENDERS universe, they can if they want. That’s because those characters—Daredevil, Jessica Jones, Punisher, Iron Fist, Luke Cage—are all now back with Marvel. Netflix no longer has the rights to the characters of the Defenders Universe. Jessica Jones and the Punisher have officially reverted back to Marvel Studios from Netflix, being the last two of the Marvel shows to do so.

The shows were hugely popular when they first launched, with a frenzy of enthusiasm from the Ballroom 20 crowd when Jeph Loeb announced the shows during San Diego Comic-Con. It was quite an ambitious plan: launch standalone series for Daredevil, Jessica Jones, Iron Fist, and Luke Cage, then have them unite in the made-for-streaming-TV event series THE DEFENDERS, based on the Marvel comics of the same name.

And even though some series weren’t regarded as highly (season 1 of Iron Fist), and the subsequent seasons of some series weren’t met with the same enthusiasm (looking at you Jessica Jones), the Netflix model remained amazingly popular. After Disney+ was announced as a competitor, Netflix quickly went about canceling their Marvel series. And with the end of Marvel’s Agents of S.H.I.E.L.D. on ABC, Marvel/Disney eventually removed Jeph Loeb and put Marvel Studios President Kevin Feige in charge of Marvel’s TV endeavors.

The Jeph Loeb/Netflix Marvel shows were/are very much different than the current crop of Marvel blockbuster TV coming to Disney+. Although Kevin Feige’s block of programs looks to capture the epic excitement and action of the films, Loeb’s TV series on Netflix were a bit edgier, more visceral, and—dare we say—MUCH more adult than a typical MCU entry. Fans LOVED it and ate it up… it begs to be seen if Disney/Marvel will continue these characters or not (especially since Loeb would probably be listed as producer on series that he helped create).

There’s no word yet on when Netflix plans to boot its Marvel shows from the platform, or when they might show up elsewhere. They’re definitely more adult than most of the fare on Disney+, so maybe they’ll find a new home on Hulu.

It’s interesting to note that Matt Murdock, aka Daredevil, is appearing in some capacity in the next Spider-Man film, a co-production between Disney and Sony Studios. So there is hope!