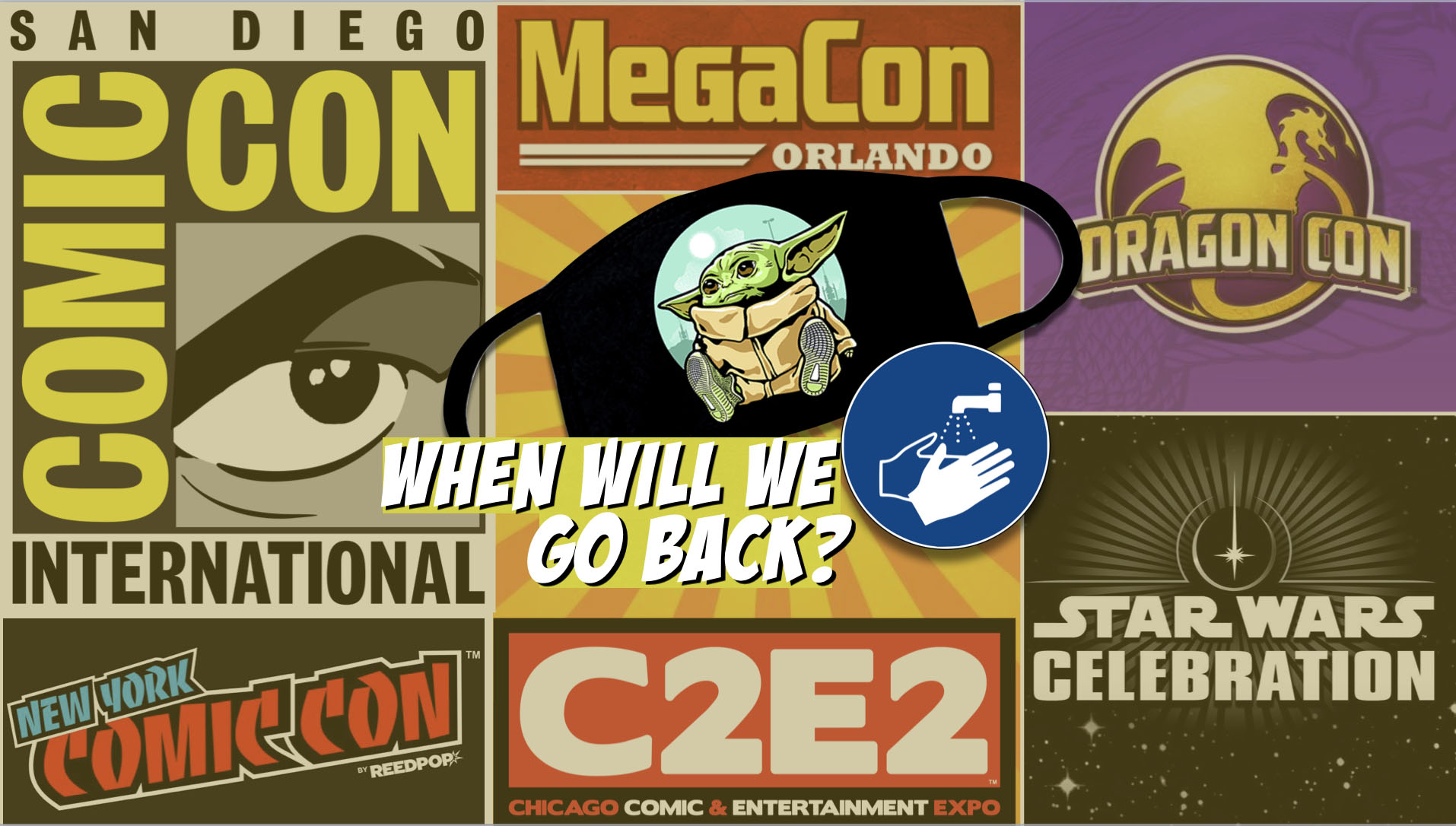 Let’s face it, 2020 was, in many ways, a dumpster-fire of a year. There’s no denying it… and one industry that was particularly hard-hit was the convention industry, including all comic-cons, fan conventions, and live events.

Here at the Con Guy, our stock and trade is the world of comic-book and fan conventions. We love them, we promote them, we talk about them, we attend them… Last year, most of us only were able to make it to one… whether it was Long Beach comic expo in January, or the Dr. Who Convention, Gallifrey 1, in February. A few of us attended at Friday the 13th 40th anniversary screening and event on March 13… and then the very next day, the world closed down. All conventions for the year were canceled, and the big ones tried their best to host some sort of online convention.

Wondercon had a pretty good online event. San Diego Comic-Con, though, was a lot better. ReedPop, which includes such conventions as C2E2, Emerald City Comic-Con and New York Comic-Con, produced the Meta Verse online event, and had tons of panels and products. Sadly, though, Star Wars celebration in Anaheim was canceled without an online component. They’ll be back in Anaheim in August 2022… so they’re definitely skipping this year.

But listen, a vaccine is here and there’s possible good news on the horizon… our beloved conventions may be back… but how soon? This spring? Not likely. This summer? This fall? Next year?

Wondercon. Comic-Con. Dragoncon — When Will Comic Conventions and Fan Events Return? When Will You Feel Safe to Go Back?

Available at the following links, or wherever you listen to podcasts:

3 thoughts on “WHEN WILL COMIC-CONS and FAN EVENTS HAPPEN AGAIN, and WHEN WILL IT BE SAFE TO GO BACK?”