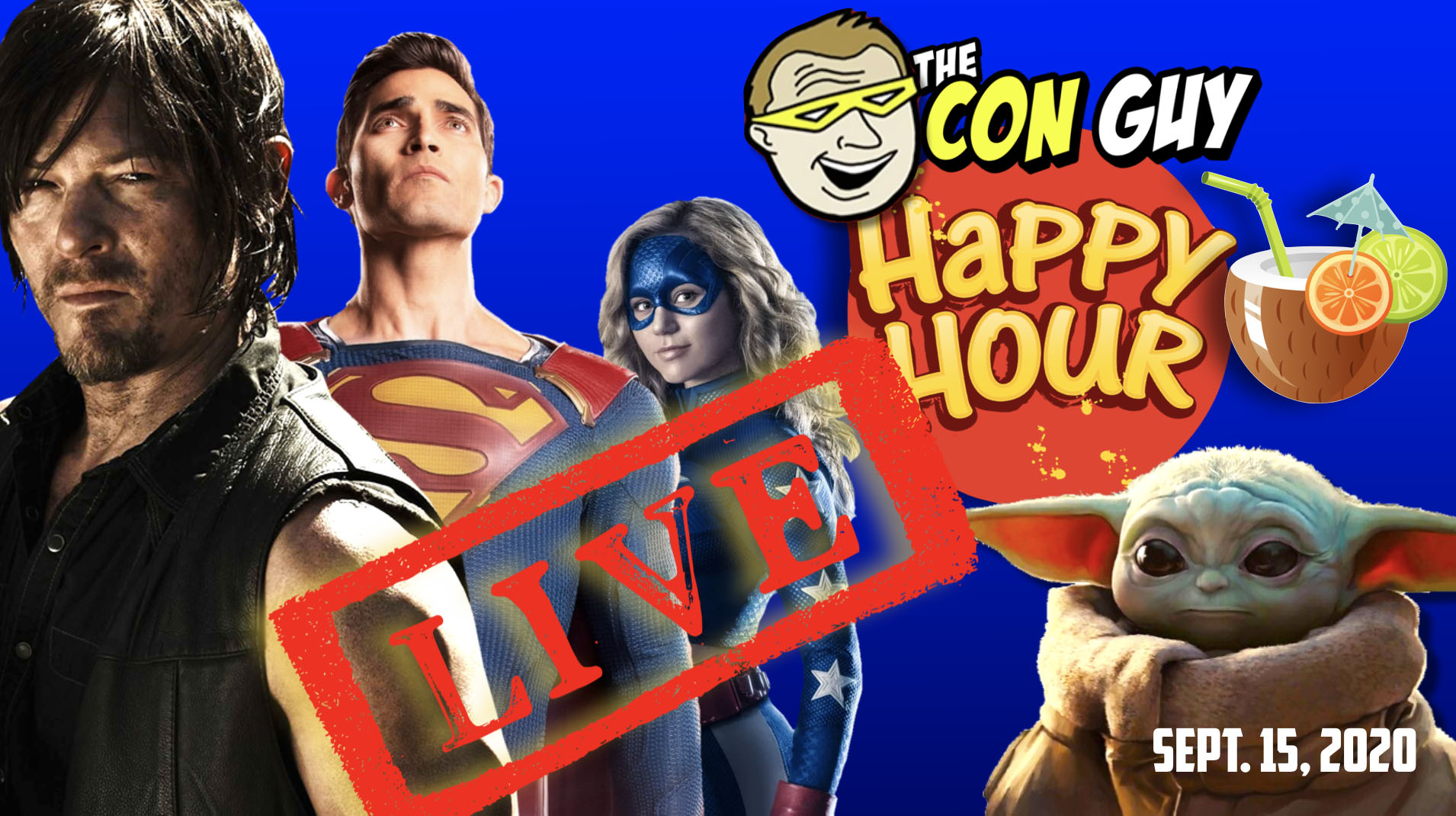 Please join us at HAPPY HOUR WITH THE CON GUY… This week we talk The Mandalorian, DC Fandome Part 2, End of The Walking Dead (yes, it’s still on!), Dune, and more!