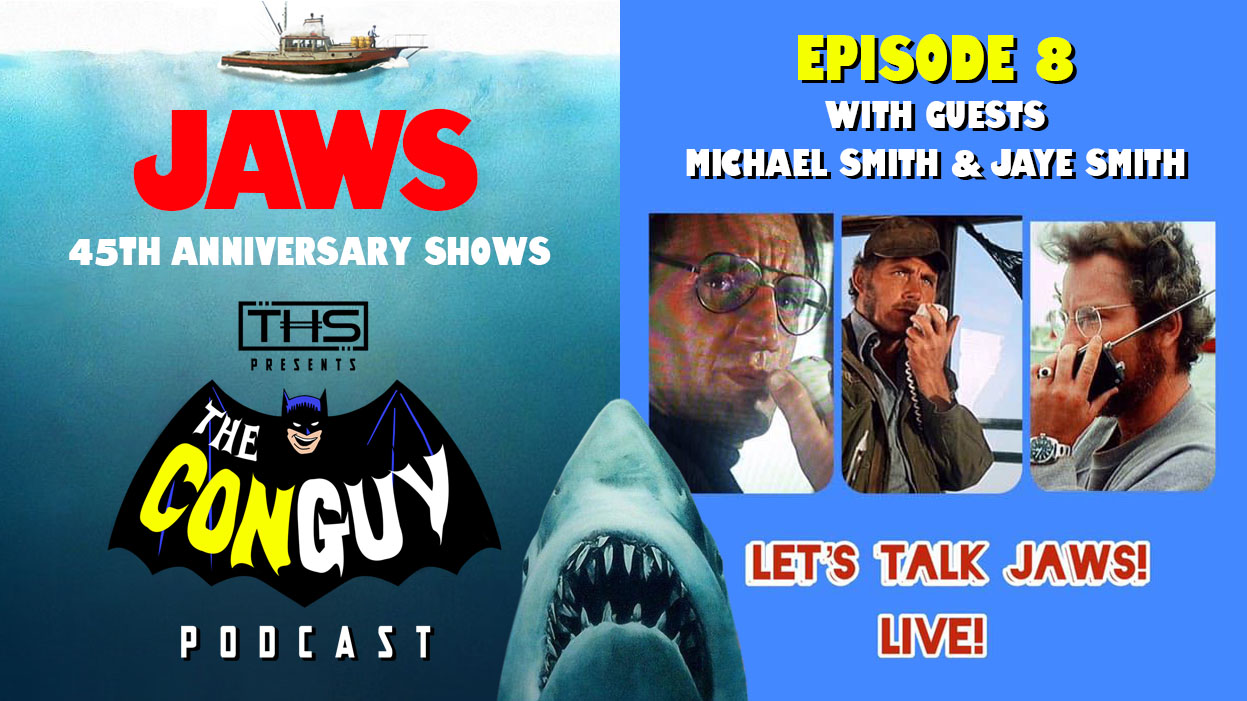 As we continue our special JAWS 45TH ANNIVERSARY shows, on this episode, we feature Michael Smith and Jaye Smith (no, they’re not related), the creators and hosts of LET’S TALK JAWS LIVE, a weekly interactive discussion group on Facebook that is designed for JAWS FIN-atics who crave a lot more JAWS interaction than just an occasional festival or screening, Let’s Talk Jaws Live is quickly becoming the go-to spot for JAWS discussions and gathering, featuring everything JAWS-related, from the making of the film, Cast & Crew, Jaws memorabilia and even the sequels. Heck, they say they’ll even talk about “Jaws the Revenge.” Recent guests have included Jaws writer Carl Gottlieb, SFX guru Kevin Pike, and MORE! Michael is a frequent panelist and speaker about the film, and he contributed to the recently released 45th Anniversary edition of the book THE MAKING OF JAWS.