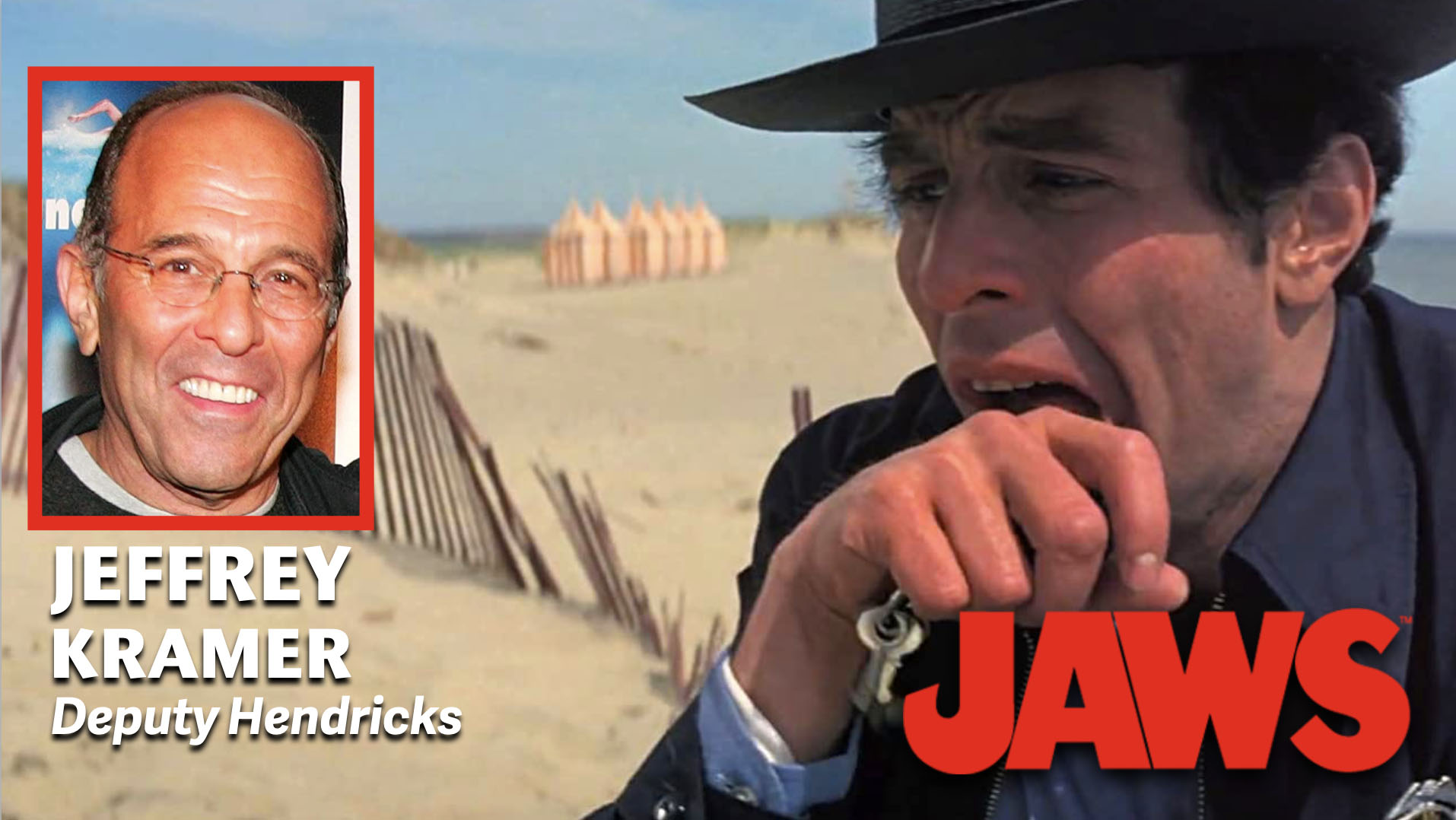 Actor Jeffrey Kramer is a LOT of fun to talk to. Fans will recognize him as the somewhat hapless Deputy Hendricks from the first two JAWS films, but his life has been anything but hapless ever since. As a successful TV producer, he’s always busy and always creating something new, but he loves to recall his time as the second-in-command deputy who helped Roy Scheider’s Chief Brody come to grips with a great white terror off the shores of Amity Island in the classic JAWS films. And he gets a kick at what kids now yell as they’re jumping off that old bridge in Martha’s Vineyard, where JAWS was filmed. Watch the exclusive interview here:

One thought on “ACTOR JEFFREY KRAMER (DEPUTY HENDRICKS) DISCUSSES JAWS 1 and 2, HIS LIFE SINCE, AND WHAT PEOPLE YELL AS THEY JUMP FROM THE BRIDGE IN MARTHA’S VINEYARD”