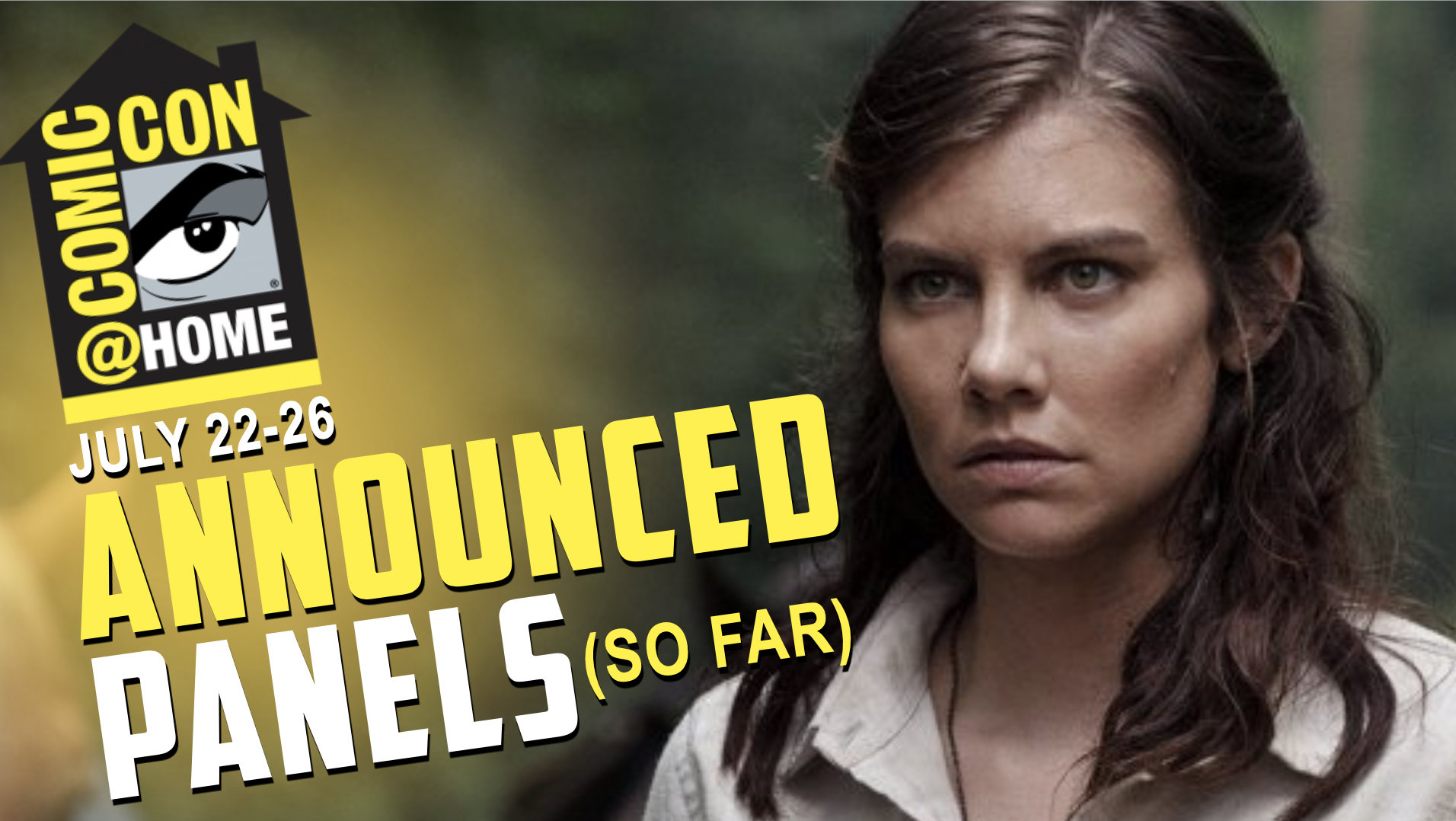 The San Diego Comic-Con@home online event is shaping up to be quite a bit more extensive (and awesome!) than March’s Wondercon@home event. Which is to be expected considering the organizers—Comic-Con International—have had a lot more time to prepare for the July Comic-Con event. The COVID-19 virus was just starting to shut down the world in March, and the physical Wondercon event was one of its first casualties. Because of that, organizers didn’t have a lot of time to throw together their online Wondercon offering. But they did pull together a respectable virtual convention, with panels, vendors, and even a cosplay contest. We even got in on the action, with THE CON GUY’s very own Power Rangers Panel, Part 1). A number of other organizations have begun hosting their own virtual events, with varying degrees of success. Wizard World is one of them, offering a whole slew of experiences.

But it’s San Diego Comic-Con’s Comic-Con@Home, now with months of preparation, that is shaping up to be one of the best virtual conventions so far. Although a complete program guide will probably be available over the July 4th weekend, here’s the list of panels and programming we know about so far.

Build a Geek Brand: During a Pandemic: Featuring Tony Kim and others. Tony leads a discussion with experts about building a geek brand during this shutdown and pandemic.

Helstrom: As the son and daughter of a mysterious and powerful serial killer, Hulu Original Helstrom follows Daimon (Tom Austen) and Ana Helstrom (Sydney Lemmon), and their complicated dynamic, as they track down the worst of humanity — each with their own attitude and skills.

Wynonna Earp. No details yet, but expect cast and creators.

Celebrating 80 Years of The Spirit: Moderated by Danny Fingeroth.

Skybound Presents: Comics & Creators: A panel of Skybound’s comic book creators including Robert Kirkman, the team behind EXCELLENCE, and more come together to discuss their latest projects.

From Script to Screen: Behind-the-Scenes of Your Favorite Film & TV Shows.

How to Have a Full-Time Creative Career on a Part-Time Schedule: Now in its 12th year at Comic-Con and WonderCon, this panel of industry professionals discusses strategies and real-world tactics for getting that creative career you’ve always wanted, even though your full-time “day job,” (or other responsibilities) make it seem so hard.

The Future of Entertainment.