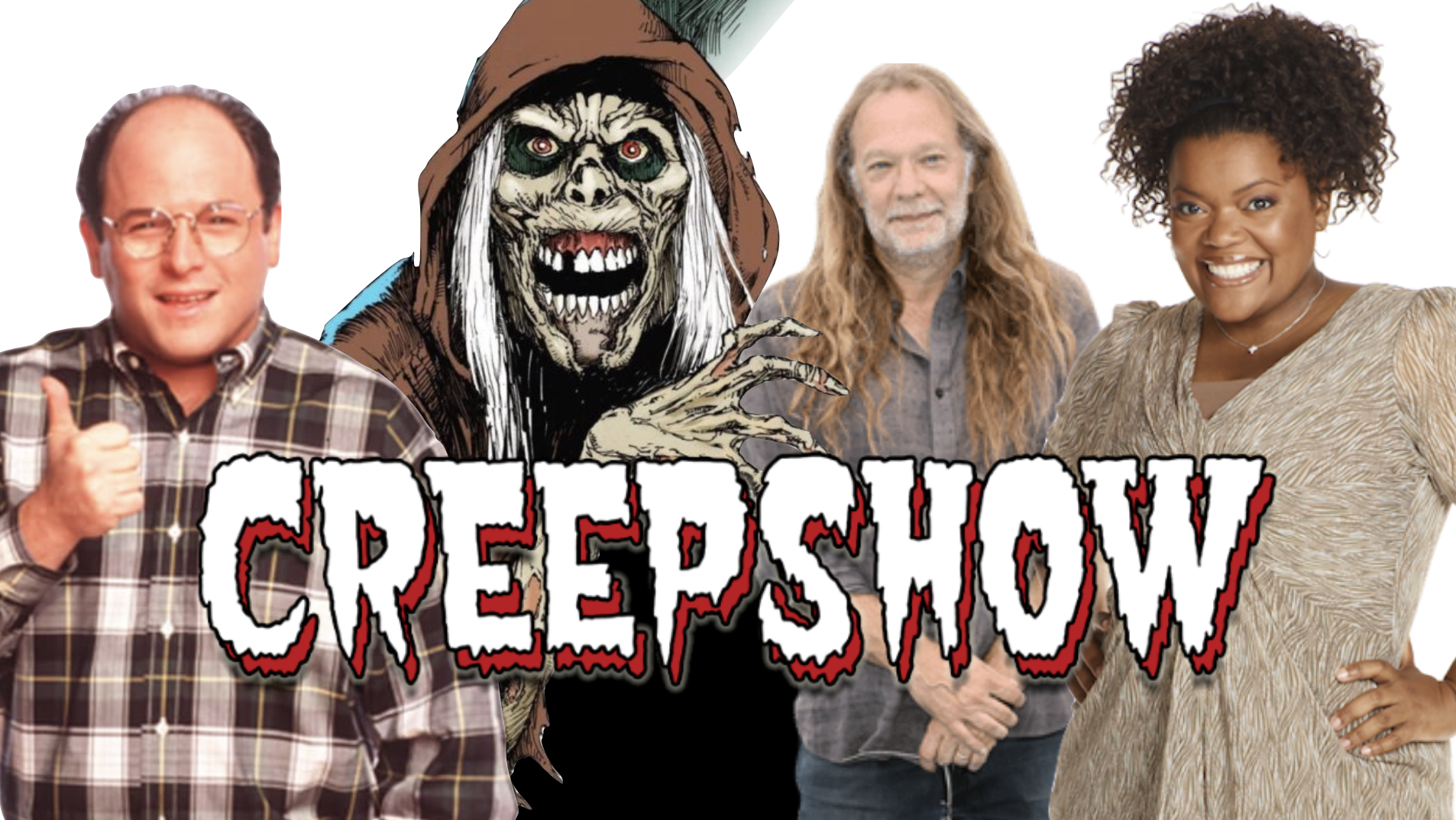 Although he’s best known for creating the gross-out effects for AMC’s massively popular The Walking Dead and Fear the Walking Dead series, Greg Nicotero’s resume stretches all the way back to George Romero’s 1985 zombie fest Day of the Dead, which is where he first worked with makeup effects icon Tom Savini. However, the first time Nicotero met Savini was on the set of the 1982 horror classic Creepshow. “I was a massive Creepshow fan,” says Nicotero. “I met George Romero and he offered me a job as a Production Assistant on Creepshow.” It’s a job that, according to Nicotero, changed his life. “So I felt like I had a responsibility to re-imagine Creepshow in a way that George would be proud of it.”

Nicotero’s reimagined Creepshow landed on AMC’s Shudder streaming service in 2019. And even though season 1 comes out on Blu-ray and DVDs this week, Nicotero is already putting the pieces together for Season 2.

“We were in the middle of casting,” he says, “and there were a few actors that we had reached out to and they said, ‘We just want to stay put (because of Coronavirus).’ Three days later everything shut down.” With scripts and talent discussions well underway, production—along with all of Hollywood—shut down on March 13 because of the worldwide health crisis. But once production starts back up, Nicotero hinted at the actors he’d love to get for season 2.

“It’s hard to say because there are a lot of people we talked to and then paused,” he says. “I love Jason Alexander, I love Rainn Wilson. Simon Peg, Yvette Nicole Brown… so many great people that I would love to work with.”

Let’s do this!!!❤️ #Repost @hardwick ・・・ We heard you! After last week’s Walking Dead we were so bummed we couldn’t be there to talk it through! But I still don’t regret that we chose safety over the show. Many of you suggested we try a remote video chat version of TD, so that’s exactly what we’re going to do! These are strange times but we have technology. And we’re all just sitting in our dang homes! Why can’t we use it?? So we’ll see you Sunday!! My hope is that it gives you a good distraction for a couple hours. We will be there for you, dear WD Family! THANK YOU for being there for us!! #Repost @amctalkingdead ・・・ Next Sunday, we’re back and ready to talk! #TWD Superfan Yvette Nicole Brown and Executive Producer / Chief Content Officer Scott M. Gimple will break down an all-new episode of TWD with a SURPRISE CAST MEMBER. We know you’ve got questions! Ask #TalkingDead! #walkingdead #thewalkingdead

He continues: “I love the scripts for season 2. When we did season 1, I entered into it thinking that I could do everything, and I made it very, very challenging for myself. I was designing the comic book covers and anything that I could do. For season 2, I really wanted to take a step back and enjoy the process and understand that the people around me are there to support me. So I was in a really great headspace when we got ready to shoot. That’s why it’s a bit more challenging—once we start to gear back up again, it’s a question of how quickly those wheels will start turning again. But I love the stories we’re telling and I’m really excited about it.”

A shot by Ben Draper of me giving “the creep” a bit of direction. Excited about our SDCC panel for CREEPSHOW Friday July 19 at 5:45pm in 6BCF with @thegiancarloesposito Tricia Helfer, @joe_hill and the one and only Adrienne Barbeau. Exclusive clips and loads of stories. Hope to see you there. @creepshowtv @shudder #sdcc #creepshow

Although Season 2 will have to wait until after the pandemic has abated, Season 1 is out now on Blu-ray and DVD, packed with extras sure to keep the most discerning splatterfest fan happy.

To see to this entire interview with Nicotero, where he discusses Creepshow, Jaws, The Walking Dead, Friday the 13th, and more, go here: