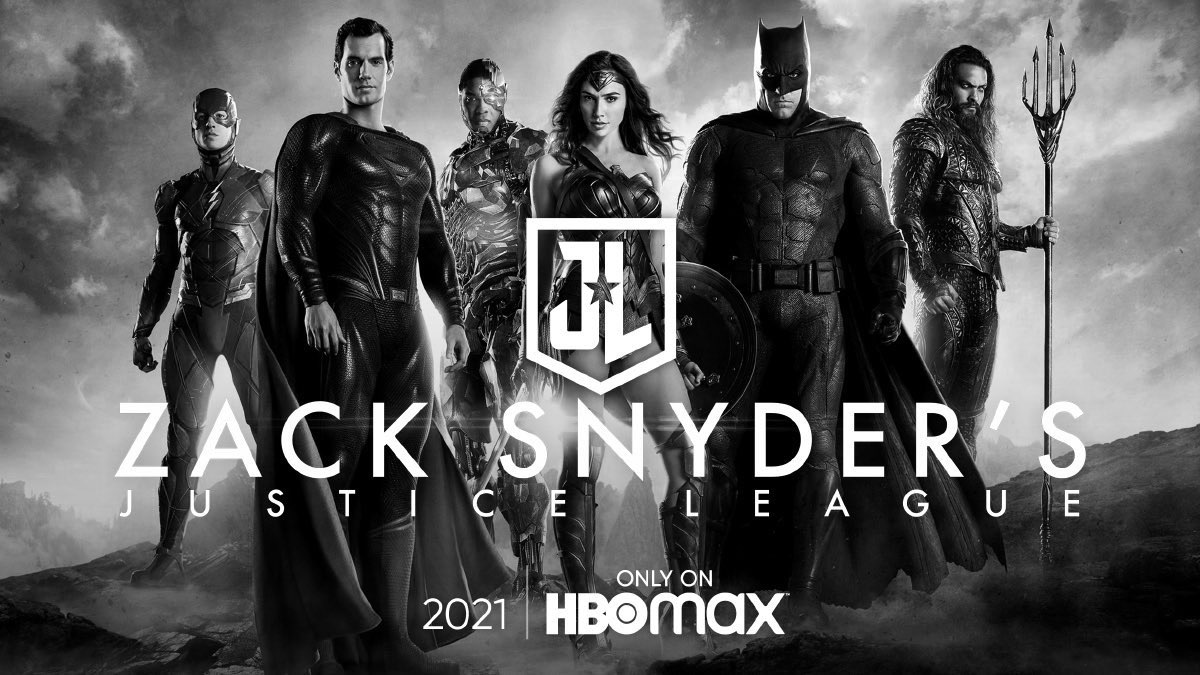 Fans are finally getting what they’ve been wanting for years. Zack Snyder’s “version” of Warner Bros JUSTIC LEAGUE movie will screen on the soon-to-launch streaming service HBO Max. And just in case you’re unaware of what that means, here’s a quick reminder: After Snyder had to exit the directors chair for Justice League for personal reasons, and after the disappointing reception of the Justice League upon release, a swell of fans began postulating that Snyder’s vision for the film was abandoned, and began calling for Snyder’s original version to be released.

According to The Hollywood Reporter, “A growing movement of fans, rallied by the hashtag #ReleasetheSnyderCut, had called, agitated, petitioned — even bought a Times Square billboard and chartered a plane to fly a banner over Comic-Con — for Snyder’s version to be released. And on the film’s second anniversary, the hashtag had its biggest day ever — with even the movie’s stars Gal Gadot and Ben Affleck adding their voices on Twitter…. Zack Snyder confirmed, at the end of an online screening of his 2013 movie, Man of Steel, that his version of Justice League was indeed real. And that it will be coming to HBO Max, the WarnerMedia digital streaming service launching May 27, and is expected to debut in 2021.”

Apparently, the HBO Max production will either be a 4-hour film or maybe even 6 episodes…. which seems like an unnecessary stretch, but probably a foregone conclusion since 6 episodes would bring in more viewers week-to-week. We’re happy, regardless.

But we gotta wonder…. family tragedy notwithstanding, was the release of the Snyder Cut in the works all along as a way to promote the forthcoming HBO Max? The statement from Deborah Snyder sounds like a full-blown HBO Max advertisement: “With the new platform and streaming services, you can have something like this. You can’t release something like this theatrically, but you could with a streaming service. It’s an opportunity that wasn’t there two years ago, to be honest.”

Our deepest sympathies to Snyder and their family for the loss of their loved one. No one should ever have to endure that. The fan fervor that developed after Justice League underperformed had to lend a little comfort and joy to the Snyders. But when did the idea to ACTUALLY release the cut become real? According to The Hollywood Reporter, it was on that two-year anniversary of the film. Which makes sense. And although it does seem like quite a “gift horse” for HBO Max, that doesn’t lessen the fact that fans are finally going to see the movie they think they’ve been deprived of for years. We couldn’t be happier. HOORAY for the fans! Sometimes, causing a ruckus really does pay off.

Count us as part of the ruckus, and part of the fans who will be lining up on day one (on our couches) to see Snyder’s Cut.