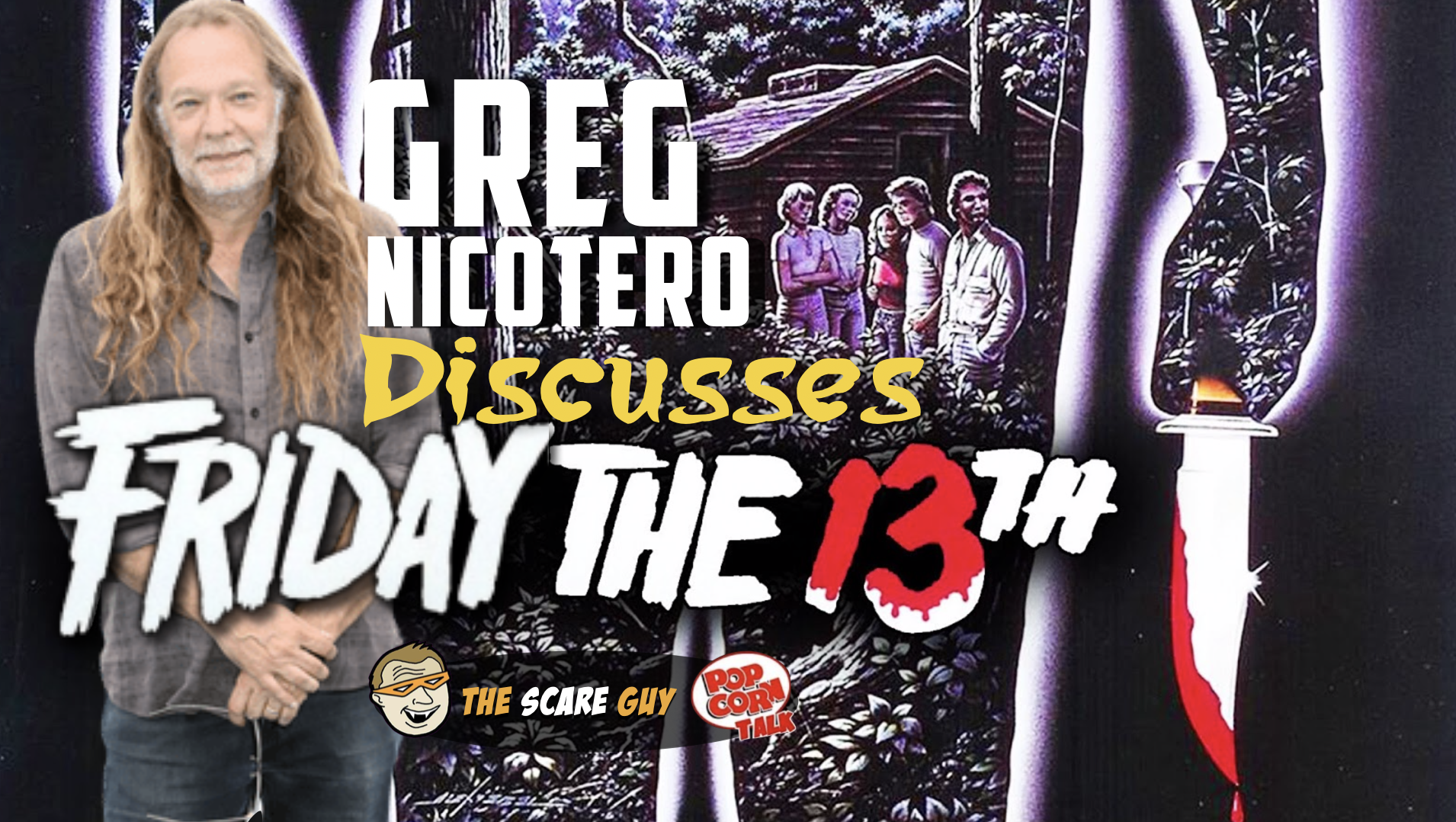 Every horror fan knows the name Greg Nicotero. A master of onscreen makeup effects, Greg creates the peeling skin, spilled guts, and bloody viscera of AMC’s mega-hit The Walking Deadand its spinoff, Fear the Walking Dead. His work — and that of his effects Company, KNB Efx Group — has left a trail of blood through such movies as The Green Mile, Once Upon a Time in Hollywood, Suicide Squad, Fright Night, and more. On TV, in addition to his zombies, you can see his bloody fingerprints in Breaking Bad, Preacher, Watchmen, Deadwood, Masters of Horror, and many more. He’s a splatter institution, and he recently spilled his guts to the Scare Guy in an exclusive hour-long interview about his Creepshow TV series, his love of JAWS, practical effects, and his longtime working relationship with fellow Pittsburgh native and Friday the 13th makeup guru Tom Savini.

Savini cut his teeth on such films as Dawn of the Dead, Friday the 13th, From Dusk Till Dawn, The Texas Chainsaw Massacre 2, and many more. “I took my high school girlfriend to see Friday the 13th at the theater,” said Nicotero. “That was before I knew Tom. I was just a fan and I knew who he was. He’s from Pittsburg and I’m from Pittsburg.”

Although Nicotero knew Tom from local news reports, seeing Friday the 13th for the first time was something altogether different. “I wasn’t ready for it,” he laughs. “[My girlfriend] definitely wasn’t ready for it. But I learned more about Tom and how he would develop certain gags by using magic tricks and slight of hand. … That was one of the first times that I realized that special (practical) effects were almost a star in the movie, along with the actors… That was one of the moments when you realized that between Friday the 13th and all the other films that started to come out afterwards that the guy who did the special effects was as famous as the other stars.”

That moment forever changed Nicotero’s life — and forever changed Hollywood special effects. You can hear Nicotero’s full Friday the 13th story in the video above. And for his entire hour-long interview with the Scare Guy team, tune in here on TheScareGuy.com on June 1.

To see our 40th ANNIVERSARY OF FRIDAY THE 13TH show, with JESSE HUTCH (Freddy vs. Jason) and JOHN SHEPHERD (A New Beginning), you can watch here below: