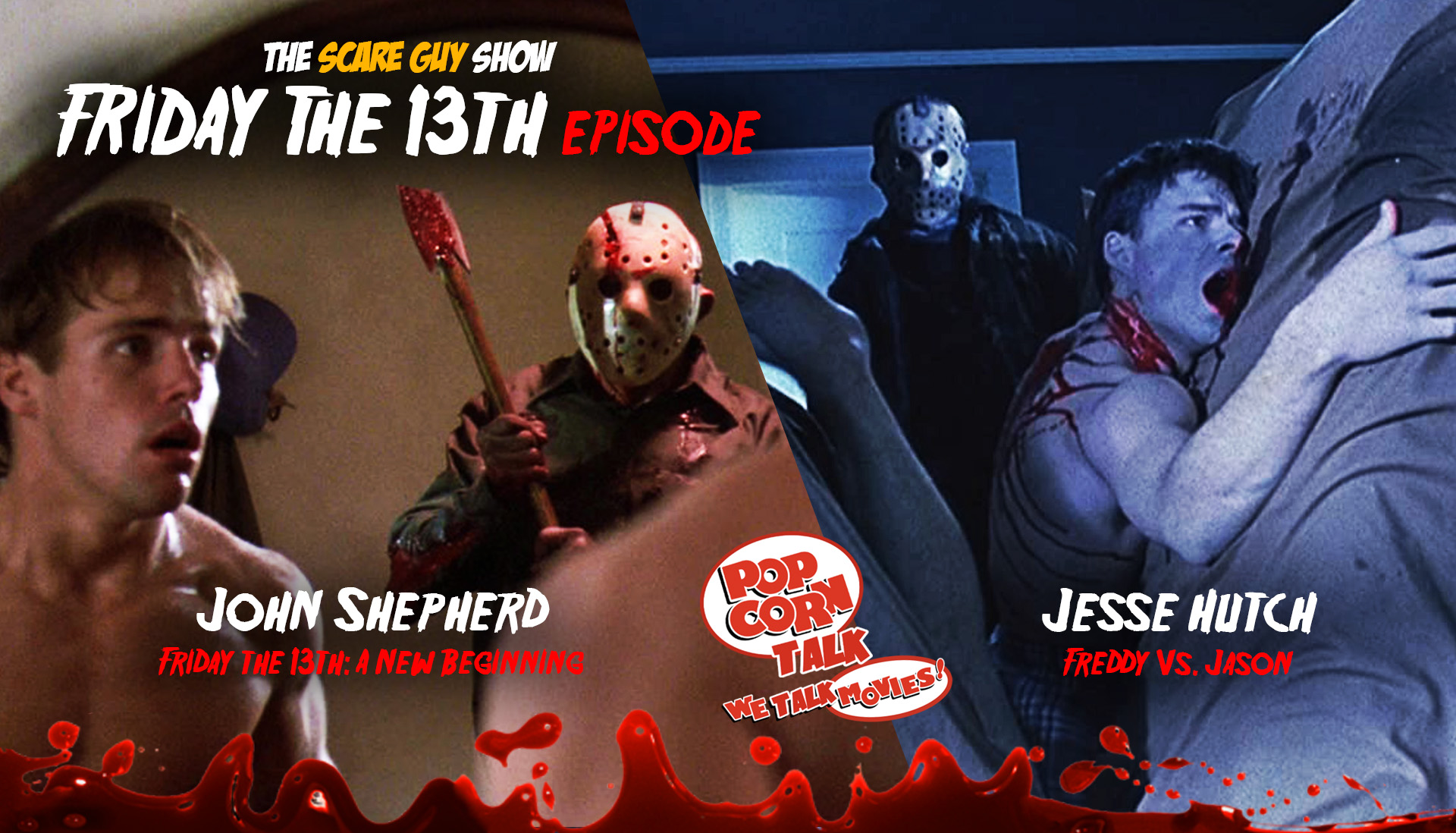 This week we celebrate the 40th Anniversary of FRIDAY THE 13th, the iconic 80s slasher franchise that gave us Jason, the iconic hockey mask, and a string of gory killings that includes our guest Jesse Hutch, who played Trey in Freddy vs. Jason. This week we also have John Shepherd, who played Tommy Jarvis in Friday the 13th V: A New Beginning. Check us out!

He’s known for roles in Project Blue Book, The 100, The Man the High Castle, Batwoman, Stake Out, Cedar Cove, Arrow, and many more. But it’s his roles in the long-running horror series SUPERNATURAL and the 2013 film Freddy vs. Jason that brings him here this week.

He’s a producer on such films as Emanuel, Man Down, The Drop Box, Snowmen, and tons more, but he’s here this week to talk about one of his earliest acting jobs, portraying Tommy Jarvis in Friday the 13th V: A New Beginning—the grownup version of Corey Feldman’s character from Friday the 13th Part IV.

To hear a clip from our exclusive interview with GREG NICOTERO discussing his very first time seeing FRIDAY THE 13th, check out the video here below:

We’d love to have you watch live and comment during the show, which begins at 9 PST on most Monday nights…. OR, if you prefer to listen, you can download anytime at any of these locations…. we’re all over the place!