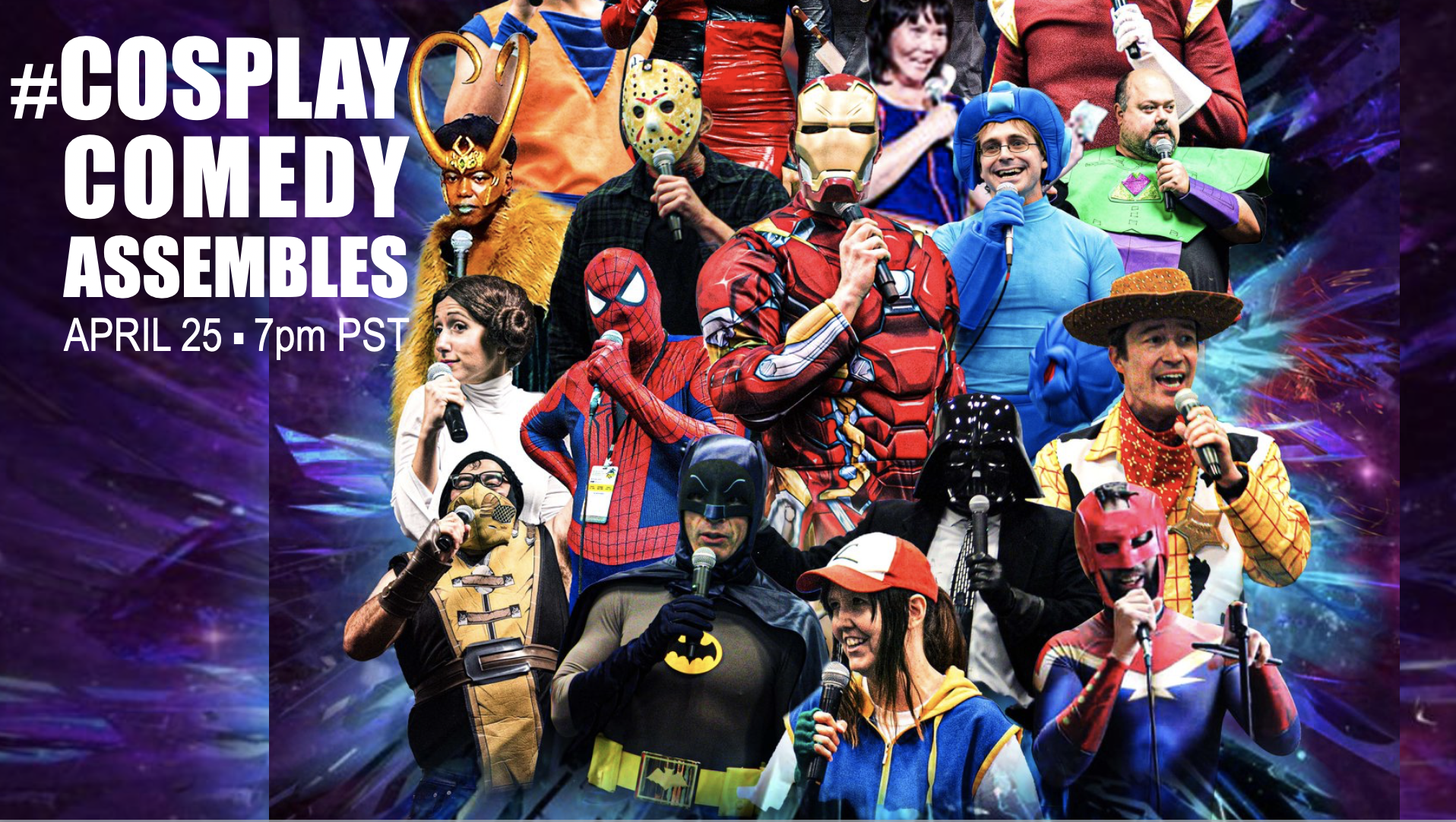 Tune in this weekend, enjoy super-geeky comedy, and help raise money to save comic book stores! We’ve seen them at or favorite cons — the awesomely funny folks of COSPLAY COMEDY routinely pack the house, bringing the laughs with acts such as Slightly Overweight Spider-Man, Retro Batman, Silent Michael Myers (with his posters), Snow White, Captain Marvel, and a huge roster of talent that keeps us rolling in the aisle. Now, those same folks are putting the comedy toward a good cause, hosting a HUGE comedy event this weekend aimed at raising money mainly for the Book Industry Charitable Foundation (BINC), which helps Comic Retailers and their employees with medical expenses, eviction prevention, funeral expenses, disaster assistance, domestic violence survival, utility shut-off prevention, unexpected loss of household income, and more. 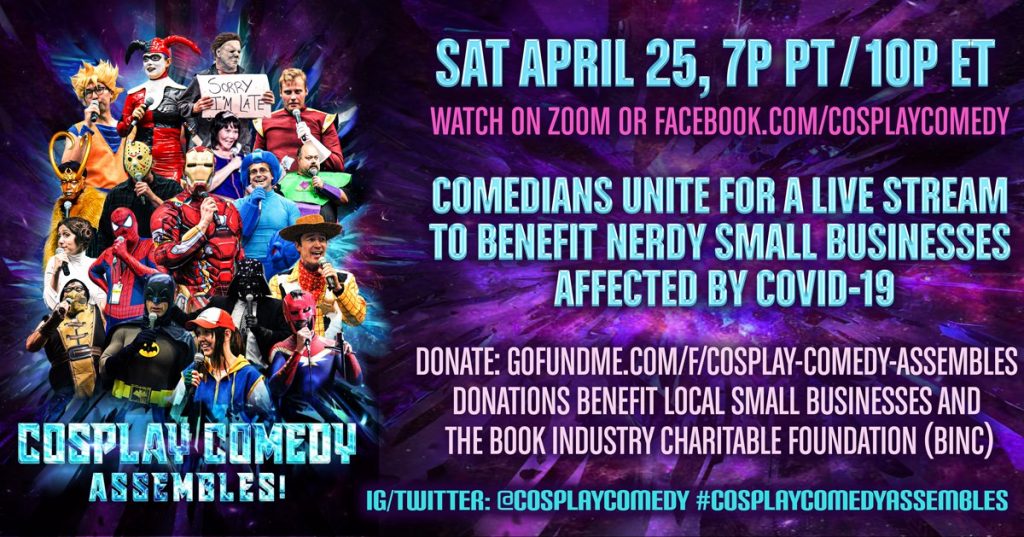 LOS ANGELES, April 13, 2020 / — Comedians from across the country are donning their capes and performing live, April 25, 2020 at 7pm PST, via livestream to make the nation laugh as well as to raise money for small business.

Cosplay Comedy Assembles: is a unique show where professional stand-up comedians perform in costume and In-Character as your favorite heroes and villains. The show will be streamed online through Zoom, Facebook Live, YouTube and Twitch.

Viewing is donation based. Money will go to the Book Industry Charitable Foundation (BINC), who is helping Comic Retailers and their employees with medical expenses, eviction prevention, funeral expenses, disaster assistance, domestic violence survival, utility shut-off prevention, unexpected loss of household income, and more. A portion of donations will also go directly to the small businesses that host our comedy shows: Black Cat Comics in Burbank, CA and The Museum of Art and Digital Entertainment in Oakland, CA.

Donations can be made at : https://www.gofundme.com/f/cosplay-comedy-assembles

The lineup of more than 30 comedians include artists who have appeared on Comedy Central, Netflix, America’s Got Talent, and Last Comic Standing, as well as clubs all across the United States.

“These small businesses have always been there for us to support our passions, hobbies and obsessions,” said Kyle Chrise, Creator of Cosplay Comedy. “Not only are they connected to our communities, they play an essential role in our lives. Now, many of their doors have closed. Even though we’re in isolation, we can’t sit idly by while our friends in these businesses are in need. Not all heroes (or comedians) wear capes, but they will on April 25th.”