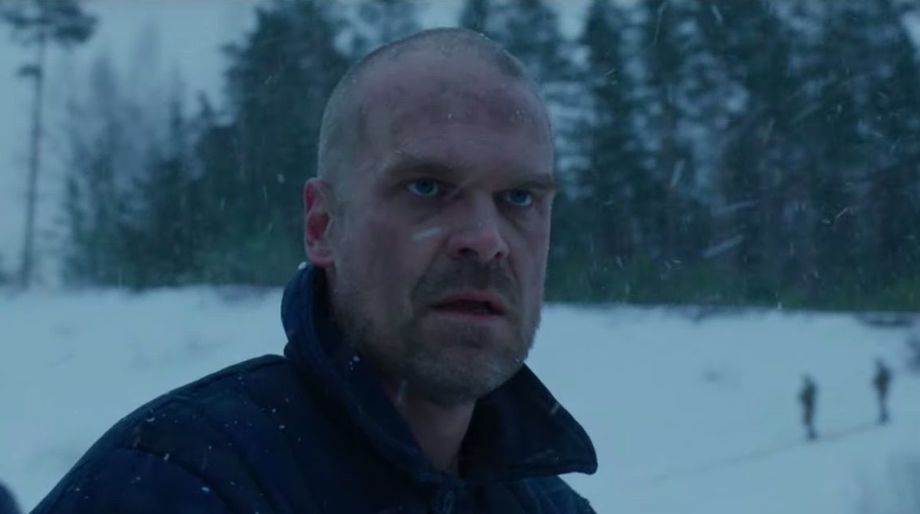 Yay! Hopper lives! Let’s be honest, none of us actually believed that Hopper died, did we? We all knew that he was “the American” being kept in that murky Russian prison cell…. but still, it’s good to see him alive, even if just momentarily along some frozen railroad tracks in the great, white North of (presumably) Siberia…. brrrr. Netflix delivered a huge Valentine’s Day surprise by dropping this early look at Season 4 of Stranger Things. HOPEFULLY this isn’t the final season, even though the Duffer Bros have hinted that it may be. Regardless, it’s good to see David Harbour, shaved head and all, back to his Hopper self….of course, fans won’t have to wait long to see Harour… he’s starring in the new Marvel film BLACK WIDOW, coming out this May. Until then, we’ve got this…from Russia with love!

And no, we’re not in Hawkins anymore.