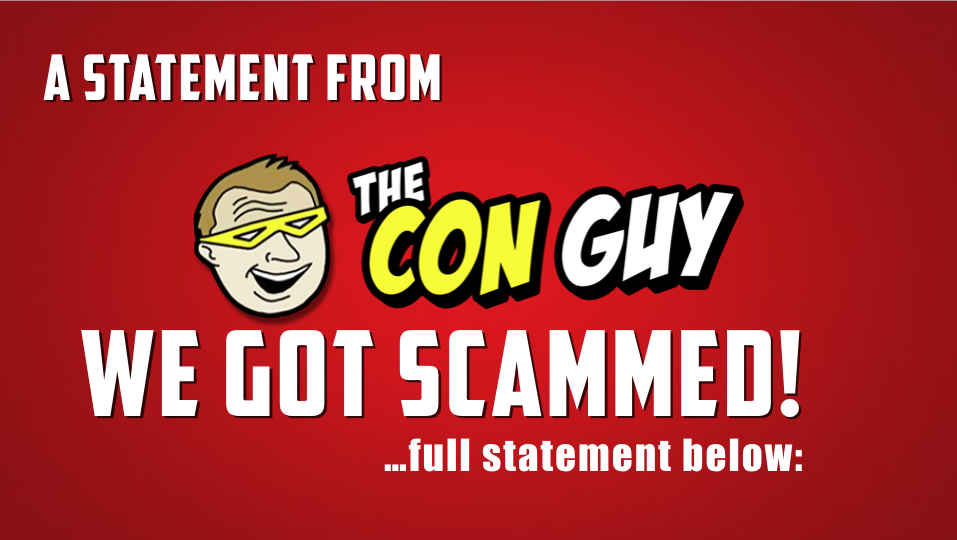 We got scammed! Recently, we had a guest on our show who claimed to have been a stunt stand-in for parts of Rise of Skywalker as well as the Mandalorian. (He claimed to have been one of the Knights of Ren stand-ins). He was introduced to us by colleagues in Hollywood who vouched for his truthfulness, and his IMDB page seemed to support his alleged work history. But after being contacted by multiple people from the production of Rise of Skywalker— including Anton Simpson-Tidy, one of the actual Knights of Ren, along with James Cox, a stunt actor who worked with the production —   it has become glaringly apparent that we must now distance ourselves from the claims made by our guest. It appears that even his IMDB page is being changed as we speak to eliminate some of his work history. We cannot in good conscience stand by any of the statements made by this guest, and we are removing all videos that contain him. We sincerely apologize for the confusion, and we promise to provide updates as we investigate this further. And we promise to do a better job of vetting future potential guests. THANK YOU to everyone who reached out to let us know. We couldn’t do this without you.