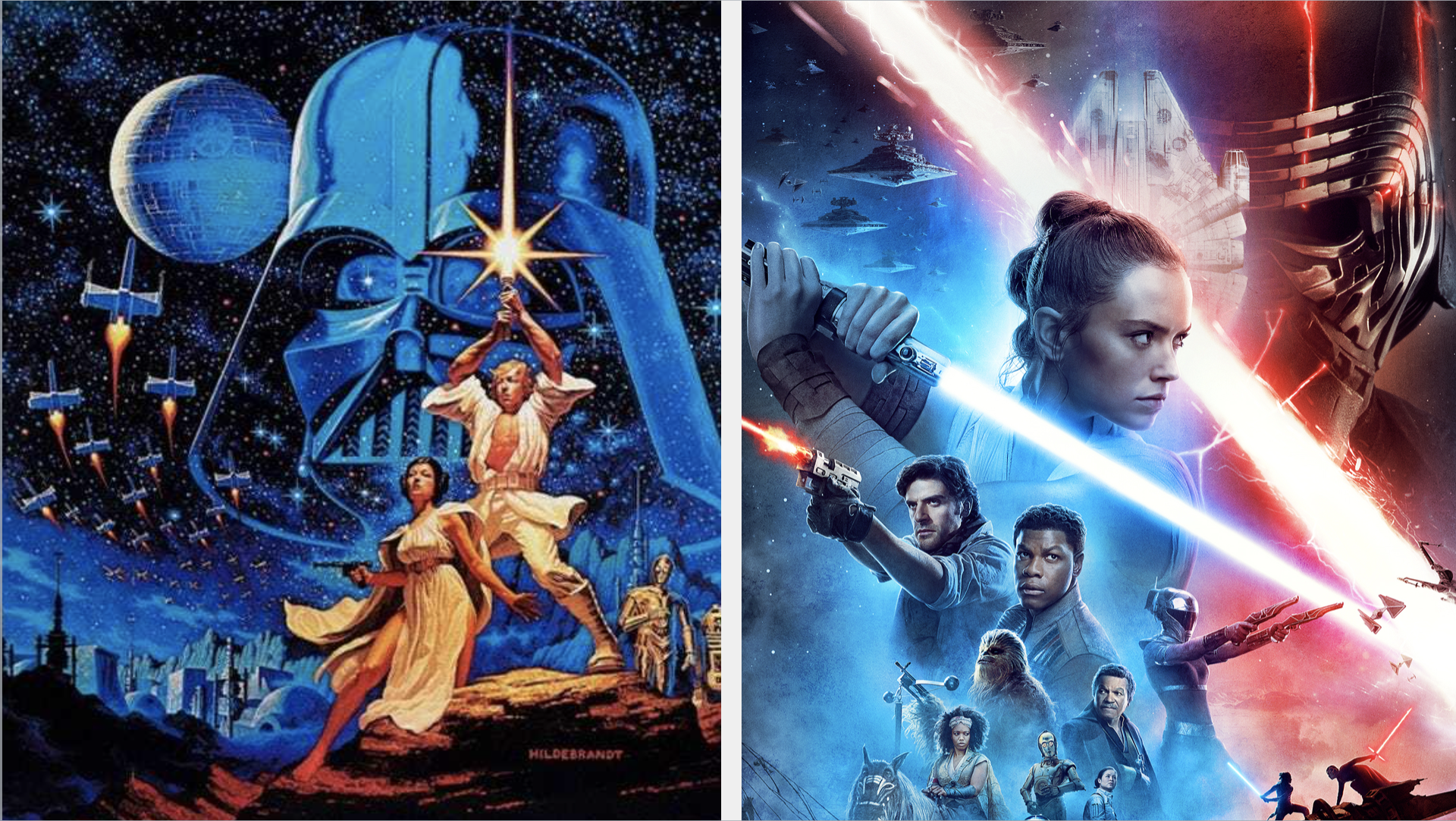 The Skywalkers are done. The saga ended. And all the world erupts in an angry debate…. sigh. What a tiresome practice? With all the angry fans these days, it’s a wonder anyone wants to make or be in a film again. And before you sink your fangs in me or this site, just know that it’s okay to have different opinions than I do — and, for goodness’ sake, it’s okay for me to have different opinions than you. ESPECIALLY as it relates to Star Wars… because it seems that, as of late, Star Wars is the dividing line between two warring factions in fandom. On one side, we have the purists who see any deviation from canon as an infraction worthy of venom. (Of course, Disney changed the rules of “what is canon” a few years back, so this is a frustrating time to be a canon purist). On the other side of the debate are those who enjoy seeing Star Wars pushing into new territory, forgetting the past, and playing fast-and-loose with the legacy. Yes, there are many, many folks who fall somewhere in between, but those two extremes seem to explain the  “civil war” that currently rages.

And even though this war is fundamentally a Lucasfilm-based argument, the casualties seem to be piling up in other fandoms as well — Marvel films, the Trek universe, and all kinds of Doctor Who discord. It’s a war zone out there, and the anonymity of the internet is only exacerbating an already contentious situation.

THAT SAID, I REALLY LIKED RISE OF SKYWALKER. Even more the second time.

It was exciting, nostalgic, and it treated all our beloved characters as if they were beloved characters. I am not, and I never will be, a Star Wars hater. There is something in each and every one of the Star Wars films that trolls the little boy in me, and exhilarates my soul like no other modern story can. And above all else, there’s one reason that makes Star Wars so special to me… special from the first space blast back in 1977 up until the final double sunset of the final chapter — it’s a family affair. And not just onscreen. It’s a family affair for me. Here’s why….

In the late 70s, my Uncle Randy was the first in our extended family to see Star Wars, and he came back with all sorts of crazy stories about space aliens, laser swords, and a space station the size of a planet! (we soon learned it was only as big as a small moon). And I remember getting a set of bubble gum trading cards, all of them with Star Wars photos…. and Uncle Randy pointed to my card of an X-Wing, and said it was super fast. Then he pointed to a TIE fighter, and said it was super fast. But then he pointed to my card of the Millennium Falcon and explained how it was the fastest ship of them all. And I knew I had to see this film. 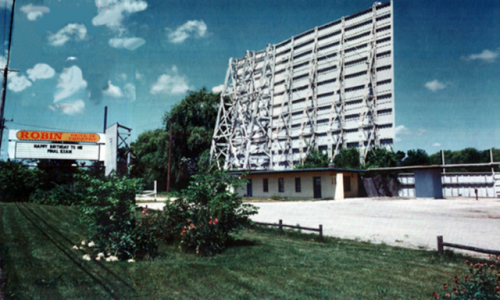 A few months later (Star Wars stayed in theaters for over a year!), my mom and dad got together with my Uncle Ronny (God bless him—may he rest in peace) and Aunt Elouis and decided to take me, my brothers and cousins (their kids) to the Robin Drive-In in Rockford, Illinois, to finally see this magic film from the unknown (at the time) man named George Lucas. 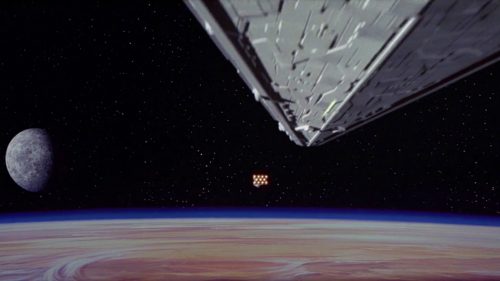 As the sun faded and the dancing cartoon foods ended their “countdown to the show” routine on the giant outdoor screen, I saw the  opening images that wold forever change my life: the Fox Fanfare, the “long time ago” moniker, the opening scroll, and then an embattled spaceship trailed by a larger spaceship so large as to defy my imagination — it was so big and just kept coming! It was at that moment that I “joined a larger world,” and was catapulted into the biggest and most immersive sci-fi fantasy that has ever swept culture. It was at that moment the momentum of my life turned and faced the land I would eventually call home — Hollywood.

I’ve read the reviews, and it seems that a lot of critics aren’t too happy with RISE OF SKYWALKER…. of course, it’s interesting to note that most of those same critics showered praise on Rian Johnson’s THE LAST JEDI. Hmmm. It seems the biggest bone of contention these critics have is this — J.J. Abrams went out of his way to “course correct” the saga. Abrams pulled it back from the left-field which Last Jedi took it, and brought it back into safe, familiar nostalgic territory. He played it safe with “fan service,” which, for some reason, critics seem to hate. Here’s just a sample from:

COLLIDER: “This year, we’ve seen Disney’s answer to The Last Jedi, and that answer is to cling to the past for dear life and let nostalgia carry you the rest of the way… The Rise of Skywalker and The Mandalorian indicate that the future of Star Wars will be safe, full of fan-service, and deeply uninteresting. For a franchise that started out as a big risk for creator George Lucas, Disney has now decided that you don’t need strong storytelling or bold creative decisions. What you need to do is appease the faithful (no matter how toxic their behavior) and the casual fans won’t care enough to argue.” Read more.

SLATE: “The haste with which The Rise of Skywalker rushes to undo its predecessor is almost comical at first, at least before its capitulation to the franchise’s most toxic fans turns outright contemptible. Mad that Rey (Daisy Ridley), Finn (John Boyega), and Poe (Oscar Isaac) didn’t spend enough time together in the last movie? Let’s shove them into the same frame from the beginning and throw in lots of forced banter to remind you that they’re pals. Didn’t like when they killed off the pale evil guy with the misshapen face? What if we brought in another? And that whole thing about Rey being “no one,” suggesting a radical rewrite of the idea that Jedi knights are made and not born? Well, you’ll have to see what happens there for yourself..” Read more.

THE WASHINGTON POST: “Everybody wants a happy ending. But that doesn’t mean that we should always get the one we want. It’s fine, if also cliche, to be reminded that good will triumph over evil. But it would make for a deeper and more powerful lesson — one that, after nine movies, might leave a lasting dent in the heart — if the hero actually had to give up something, or someone, that didn’t feel like a tiniest bit of a cop-out.” Read more. 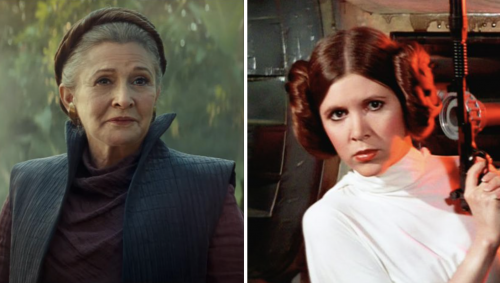 And so they go…. all the professional ninnies at these big-name publications/sites seemed to have gotten their feelings hurt that their chosen movie — THE LAST JEDI — turned out NOT to be what the fans wanted. And as retribution, they decide to TRASH The Rise of Skywalker because why? Because it GIVES THE FANS WHAT THEY WANT. Don’t get me wrong… I liked big chunks of Last Jedi. And I’ll never be a hater, but I do believe that The Last Jedi was the lesser film of the trilogy, a film that I didn’t particularly love. And before you yell at me again, let me set something straight: I’m all for seeing new things, trying new storylines, but when we are nearing the end of the 9-film saga, STICK WITH WHAT WORKS…. look at Marvel. They’ve done it for 23 films for nearly 12 years…. and everyone LOVES IT! Most of us LOVED the original trilogy, and we appreciate the prequels (they weren’t great, true, but they seem very much “part of the family.”) But then the final trilogy comes along and starts by killing off our favorite swashbuckler (Han!), emasculating our hero (Luke in The Last Jedi), and telling us to “just let the past die.” No! We love the past. We love Star Wars. And we will let the past die…. once we’re done with this saga. You don’t go into the middle of a trilogy, which is the final trilogy of a beloved 9-picture saga, and decide to “change everything.” That’s just…. DUMB, plain and simple. And to yell at the fans for being “too toxic” to appreciate the “great artistic vision” of the filmmaker is just plain smug and dismissive. And furthermore, many of us still love the final trilogy… maybe not as much as we wanted to, but the journey of Rey is one for the ages, and a fitting ending to the Skywalkers. 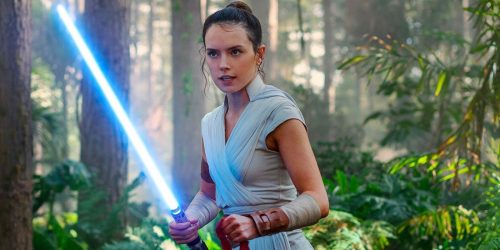 THERE’S NOTHING WRONG WITH NOSTALGIA OR SOME FAN SERVICE

Since when did “giving the fans what they want” become such a bad thing? I’m not talking about watered-down, childish entertainment, but rather, fan-centric films. Why not let Rocky win in the sequel? Why not let Tony Stark go back in time and see his dad? Why not let the Winchester Brothers see their long-dead father again in Supernatural?

When did Fan Service become a bad thing? According to FORBES, “The argument also relies on something very strange: The idea that giving fans the movie they want is somehow a bad thing. Familiarity, nostalgia—these become bad words in many critiques of the movie, as though fans should only ever have their expectations subverted. A little subversion goes a long way—we don’t need to abandon everything that makes Star Wars what it is in order to appease critics.” Read more.

I love that Luke Skywalker is FINALLY able to levitate his X-Wing out of the water after failing to do so in Empire Strikes Back. I love that Wicket again sees the destruction of the Emperor’s plans. And I love that Luke and Leia are together again as brother-and-sister Force ghosts looking after Rey (Rey Skywalker!). And I love, love, love that Rey and BB-8 walk off into the double sunset of Tatooine, bringing us full-circle to the adventure that began all those years ago on that dusty planet that is furthest from the bright center of the galaxy (in Luke’s words).

I’ve been nostalgic for Star Wars ever since that first night at the Robin Drive-In theater, and I’m thankful that J.J. and Lucasfilm took us on one more trip down that beloved memory lane to finish this grand and life-changing family drama. I loved it, from beginning to end…. it’s been a lifelong family affair, one I won’t soon forget.

For a fun trip down memory lane, check out our latest podcast featuring The 13 Biggest Moments from the Skywalker Saga!