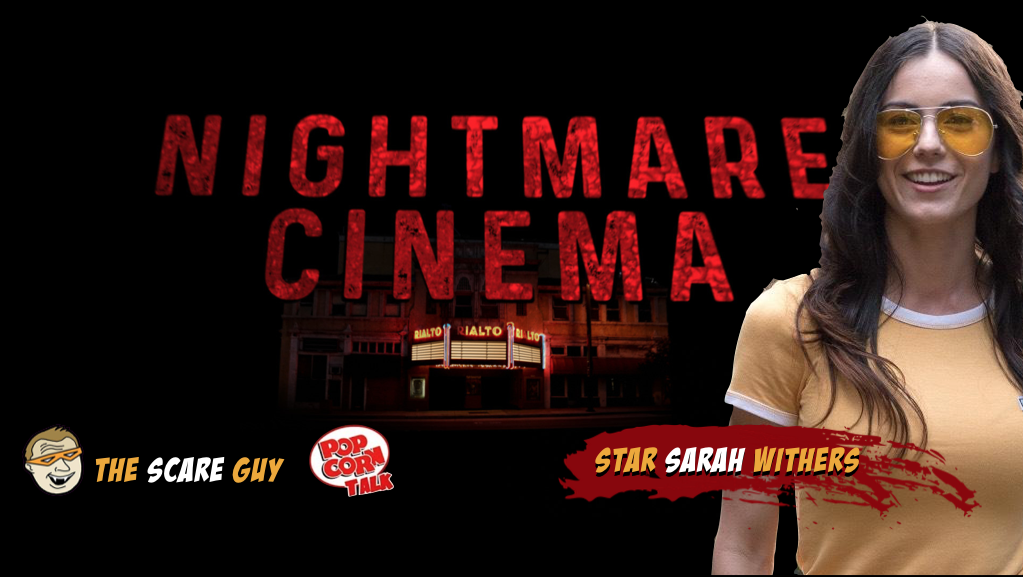 This week, we go behind-the-scenes of brand-new horror anthology film NIGHTMARE CINEMA with one of the film’s stars, Sarah Withers. Also, we have all the week’s horror news, conventions, and the showdown between Woody, Chucky and Annabelle. It’s the Battle of the Toys, this week on The Scare Guy show.

Nightmare Cinema comes from directors Mick Garris, Alejandro Brugues, Joe Dante, Ryuhei Kitamura and David Slade. In the film, five strangers watch their deepest and darkest fears play out before them in an abandoned theater as the Projectionist, played by Mickey Rourke, preys upon their souls with his collection of disturbing films.

From Variety: Things get off to a fast start as Samantha (Sarah Withers) is weepily walking off an apparent breakup when she spies a theater marquee emblazoned with her name as star of “The Thing in the Woods.” Mystified, she walks into the open, empty, seemingly automated movie palace and is promptly locked into her seat as the (first) film-within-the-film begins…. Directed by Argentine Alejandro Brugués (who directed 2011’s spoofy “Juan of the Dead”).