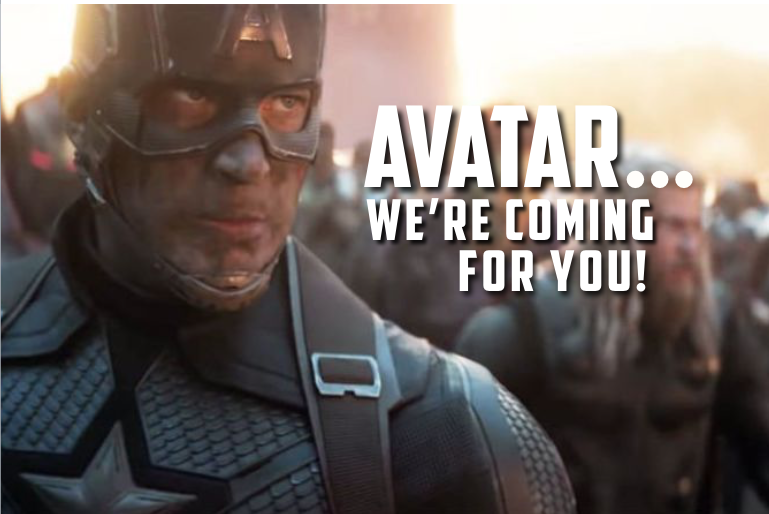 Avatar, you’re going down! Such is the battle cry being issued by Marvel Studios. As reported today by the Hollywood Reporter and Screen Rant: Marvel Studios president Kevin Feige told multiple outlets that Endgame would be heading back to theaters with new footage….”Not an extended cut, but there will be a version going into theaters with a bit of a marketing push with a few new things at the end of the movie,” Feige told ScreenRant. “If you stay and watch the movie, after the credits, there’ll be a deleted scene, a little tribute, and a few surprises.”

Endgame is thiiiiiiiis close to eclipsing Avatar. As of Wednesday morning, June 19, the international box-office for Endgame sits at $2.743 billion. Avatar, after multiple re-releases, settled in at $2.788 billion. Which means the Marvel epic is just $43 million short of the record — and you can bet your bottom dollar that fans will flock back in droves to see that end credit scene. $43 million ain’t nuthin’ in epic-sized battles of this magnitude.

Of course, this news comes on heel of the “official” news that Marvel has announced is returning to San Diego Comic-Con’s Hall H. We gotta say, we love Kevin Feigie — he’s a walking newsmaker.