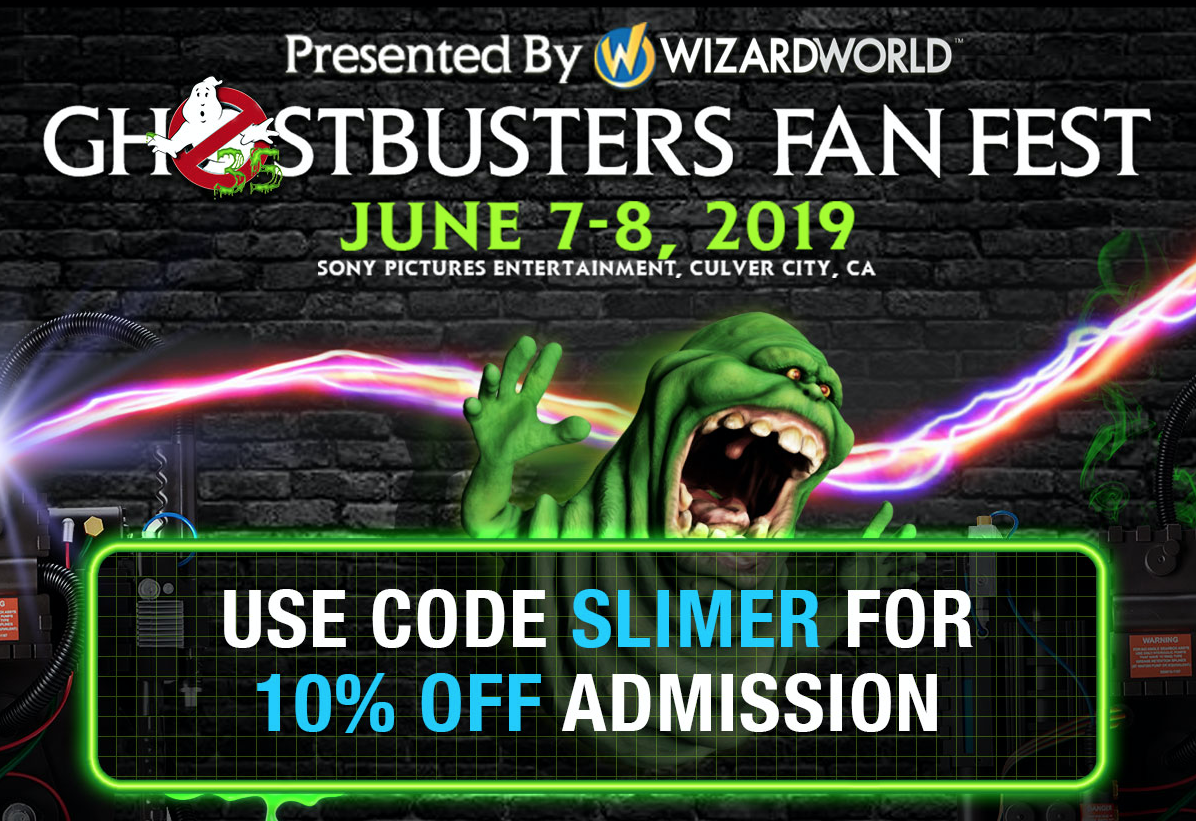 Ghostbusters Fan Fest presented by Wizard World is a ONCE-IN-A-LIFETIME private event celebrating the 35th Anniversary of the 1984 film and its legacy as a cultural touchstone that combined comedy, the paranormal and genre-defining special effects.

GET YOUR TICKETS HERE!

Ever since Peter, Ray, Egon and Winston first strapped on their proton packs 35 years ago, fans have followed the brand through Ghostbusters II, Ghostbusters: ATC, The Real Ghostbusters animated TV series and countless pages of comic books.

This can’t-miss event on the Sony Pictures Studio Lot in Culver City, CA will honor it all.  Fans will have a chance to meet members of the Ghostbusters cast, filmmakers and crew and hear about behind the scenes stories.  They will also get access to exclusive programming and attractions, limited edition merchandise, collectibles and so much more. 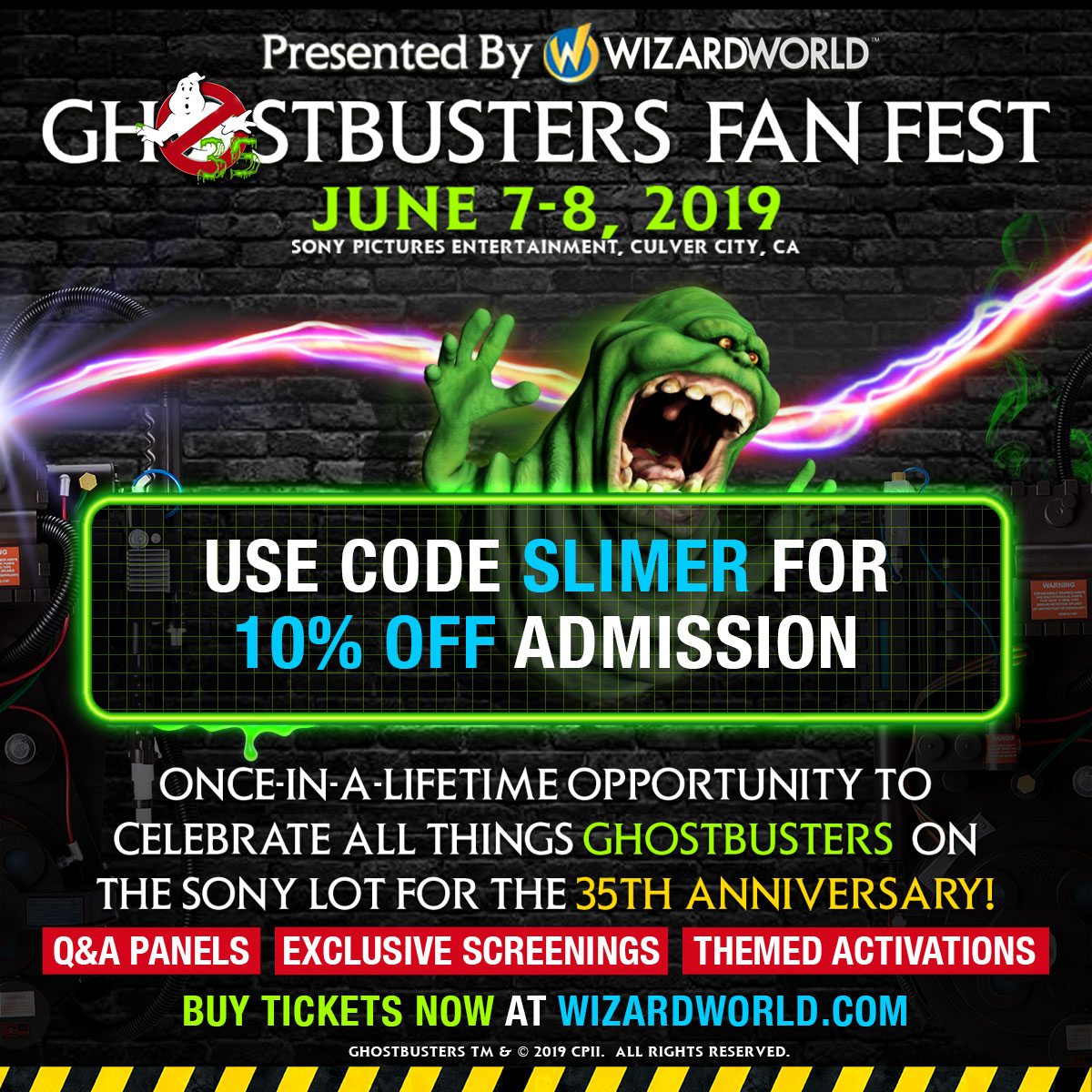