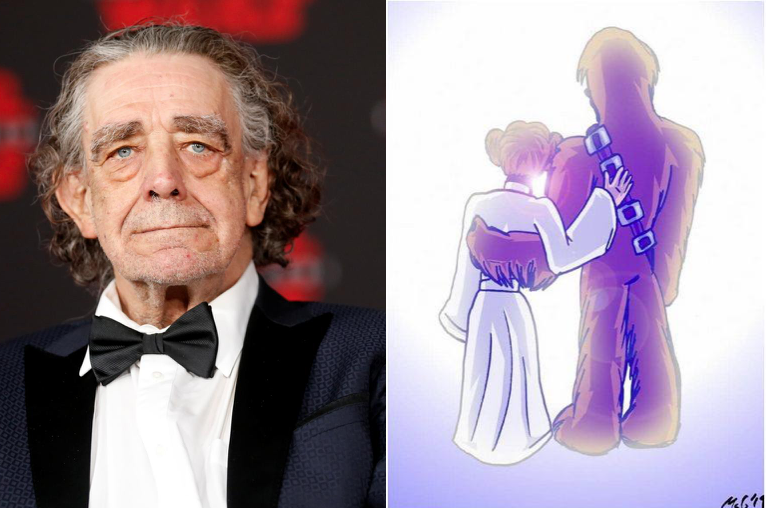 Three weeks ago I spoke with Peter Mayhew as I rode an elevator with him for 37 floors.

Peter Mayhew, the actor who shot to stardom as the lovable Chebacca in the Star Wars films died this week, breaking all our hearts. He was 74.

He was the gentlest of giants-A big man with an even bigger heart who never failed to make me smile & a loyal friend who I loved dearly-I'm grateful for the memories we shared & I'm a better man for just having known him. Thanks Pete #RIPPeterMayhew #Heartbroken @TheWookieeRoars pic.twitter.com/8xbq9HEWF2

J.J. Abrams, director of The Force Awakens and the upcoming The Rise of Skywalker, shared the following:

I, for one, am so grateful for that fleeting moment I had on the elevator with Peter, if for no other reason, so I can say that I was able to meet Mayhew in person and experience first-hand the thing that made him so loved and admired the world over—his exceedingly abundant kindness.

It was Star Wars Celebration Chicago, and I jumped on the elevator on the 38th floor of the Marriott, where I was staying–I was heading for the Episode IX panel on Friday. One floor down, the elevator stops and I’m greeted by none other than Mayhew, his wife, and a colleague of theirs. As they entered, I wanted SOOO BADLY to talk to him, take a photo with him, and tell him how profoundly his performance had affected me as a child–and throughout my life! I decided at a very young age to become a writer–a screenwriter–and I can chalk it up to Star Wars. I knew from the very first time I saw George Lucas’ masterpiece that I wanted to create stories like those. Peter was very much a part of that. I was so enraptured by those far-off worlds and creatures–including Chewie–that I couldn’t think about anything else for days, weeks–heck, years–after that film. I’m still thinking about it! 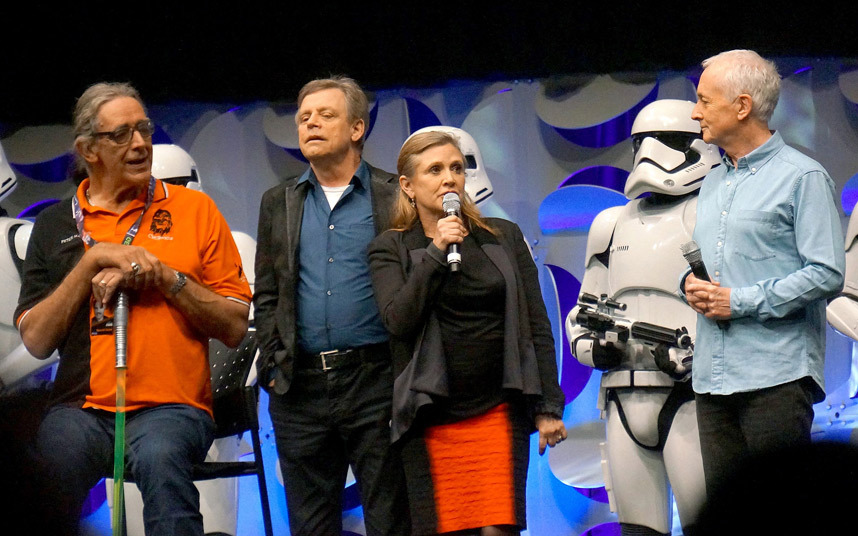 I didn’t bother Mayhew when he came on that elevator. Instead, like the true uber fan I am, I just smiled and apparently BEEMED from ear to ear. He noticed, because he said, “Hello.” I replied, “Hello. It’s an honor to meet you.” And he then engaged in small chit-chat, even going so far as to ask I if was enjoying the show and where I was from. We didn’t talk much–as many of you know, he was not in the best of health recently, and his stamina was a bit shortened. But as the elevator dropped us off in the lobby of the hotel, he said, “It was good to meet you,” and then he said he’d see me at Comic-Con this summer.

Small talk. Nothing substantial. But from our short conversation, I was able to get a sense at what everyone who truly knew him said: he was an exceedingly kind man. His eyes showed it. His words showed it. He exuded it.

No, I don’t know Mayhew–I wouldn’t be so presumptuous as to make such a claim. I just met him briefly. But that’s all it took to get a glimpse at this man’s gentle spirit.

We’ll all miss Peter. His Chewbacca is the one that warmed our hearts and caused the world to fall in love with “a walking carpet.” Long live Chewie! And long live the memory of the man who gave Chewie his heart. RIP Peter Mayhew.

We hope the Wookie will always win!