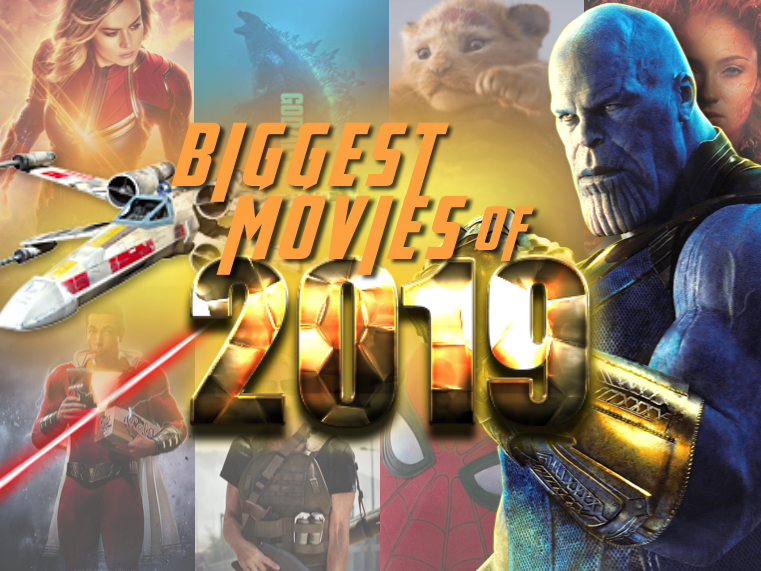 Happy 2019! Welcome to a brand-new year of The Con Guy and our Comic-Con Prep Show, produced exclusively by the Popcorntalk Network. On our first show of 2019, we preview all the movies we’re most excited about in 2019–which is A LOT! Happy New Year! Please watch the show right here, or download anywhere you listen to podcasts. THEN, check out our list after the show (or follow along) and let us know what you think. Lots of winners and stinkers on the list.

Here’s our list of the films that we can’t wait to see. But let’s be honest–there’s gonna be a bunch of stinkers here too. So, we also included a few snarky suggestions of which ones we think will bomb. We could be wrong, but our gut reactions are usually pretty spot-on. Let us know your thoughts.