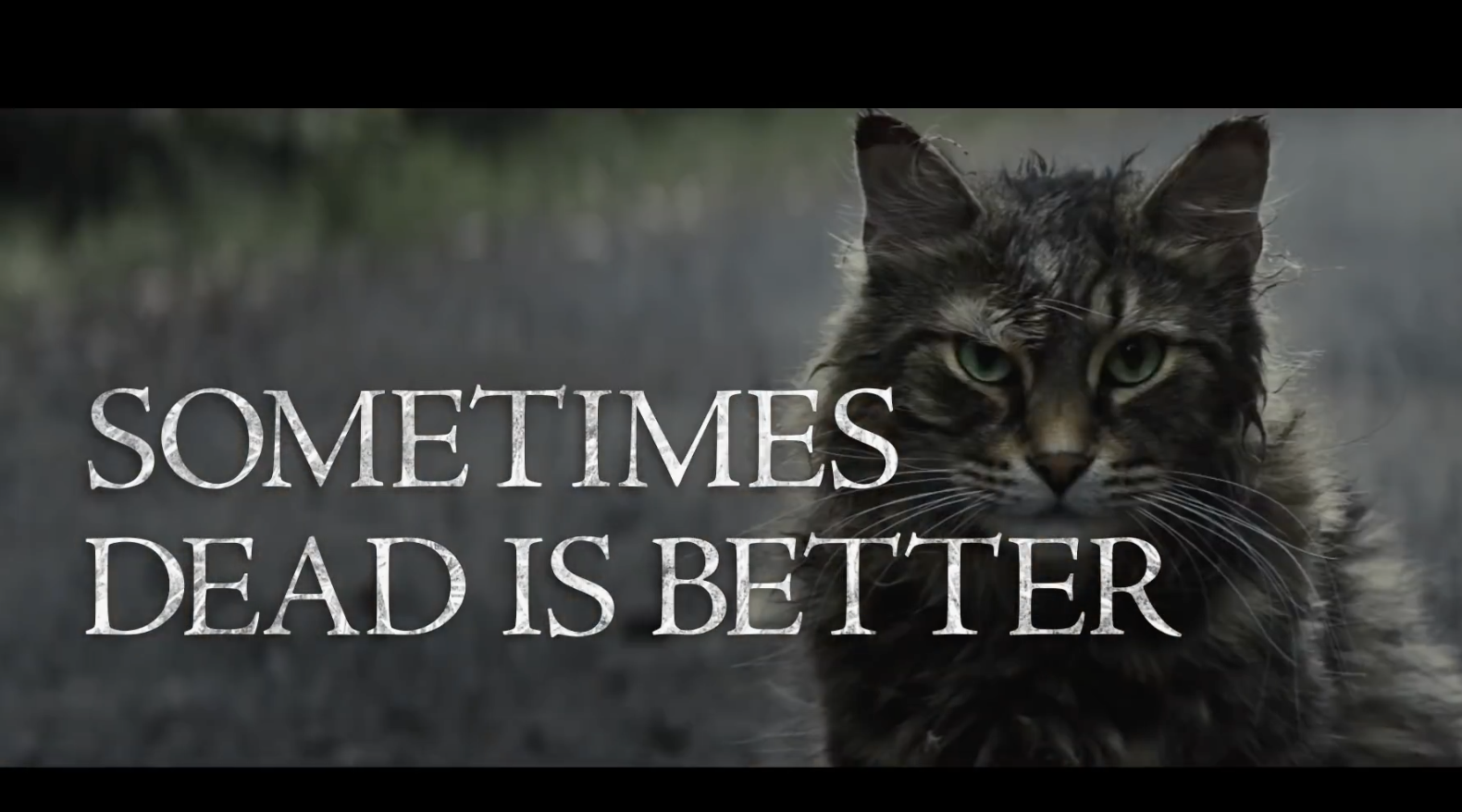 Pet Sematary is one of the best–and most unsettling–of all of Stephen King’s works. It’s the story of a cemetery where animals are brought back to life–however, they come back a little “off,” a darker version of their selves. I remember reading it as a kid and loving every second of it. Now, Paramount has dropped the trailer of the remake, and from this first look, it feels right. It feels creepy. And it emphasizes the famous theme of the original: Sometimes dead is better. Check it out here:

According to The Hollywood Reporter: “This time, John Lithgow plays the old man narrator/voice of reason, a role that became a pop culture staple thanks to Fred Gwynne’s original interpretation. The trailer for the Paramount Pictures film is a tad more than two minutes long and super creepy, with numerous shots of kids wandering a forest in masks, taking dead animals to be resurrected. And there is, of course, an unsettling cat and dirt road that trucks speed down.” Full Hollywood Reporter article here.