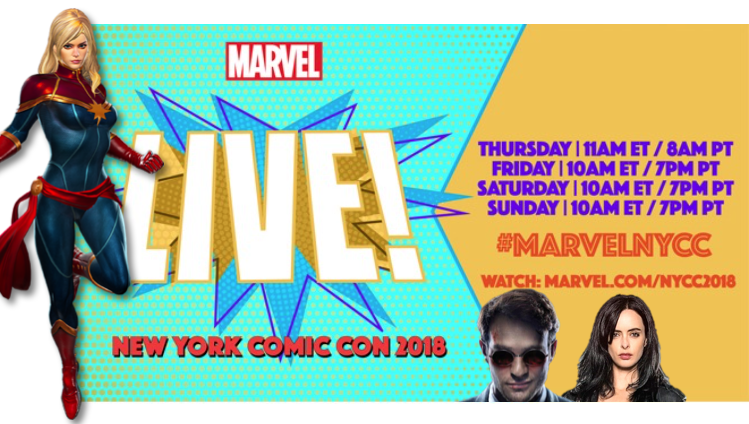 It’s not a surprise that Marvel is stream-rolling all over New York Comic Con, and we can all watch the biggest events and announcements, direct from Marvel.

Or, you can go directly to MARVEL here. (Day 1)

Day 1 of #MarvelNYCC is finally here! Tune in now and stick around for all the fun LIVE from New York: https://t.co/QCMJlK2KY6 pic.twitter.com/iY4Nt8Yi9S

ICYMI: Take a look through all these exclusive posters we’re handing out at #MarvelNYCC! (1/2) pic.twitter.com/Xh6nHU1THL

Our #MarvelNYCC site is live! –> https://t.co/MlSIceYTV5 More details and schedules and other stuff will be added as we get into the show! BUT WE GOT MERRRRRCH! Go to the site for more Marvel New York Comic Con goodness! pic.twitter.com/w3m9Vw1OMQ

And check out our podcast, where we preview the BEST and BIGGEST from New York Comic Con!