You know you want this! Celebrating the 40th anniversary of the original 1978 theatrical release, and arriving just in time before the theatrical release of the newest film in the series, the Halloween 4K Ultra HD Combo Pack is loaded with special features and will be available for the suggested retail price of $22.99. Buy it here!

If you’re anything like me, you’ve already got the 25th anniversary edition, along with the 35th anniversary edition, including all those cool behind-the-scenes extras and interviews. But it’s the 40th anniversary now, and I’ve got $23 to blow, so yeah, I’m getting this newest edition too. Why not? It’s been remastered into the clearest, fullest resolution yet, and is chock full of extras–I especially enjoy seeing the TV footage that NBC shot. Stuff like that just doesn’t happen anymore. We are definitely in a different era. Just check out this trailer for the 40th anniversary pack: 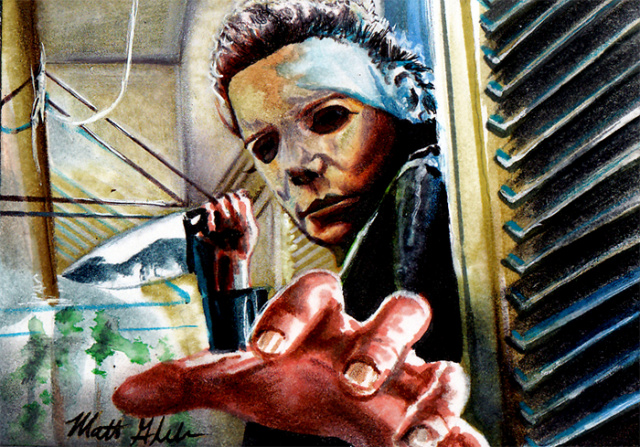 FYI, our feature image art is by Nathan Thomas Milliner, who is well known to Halloween fans for his artwork.