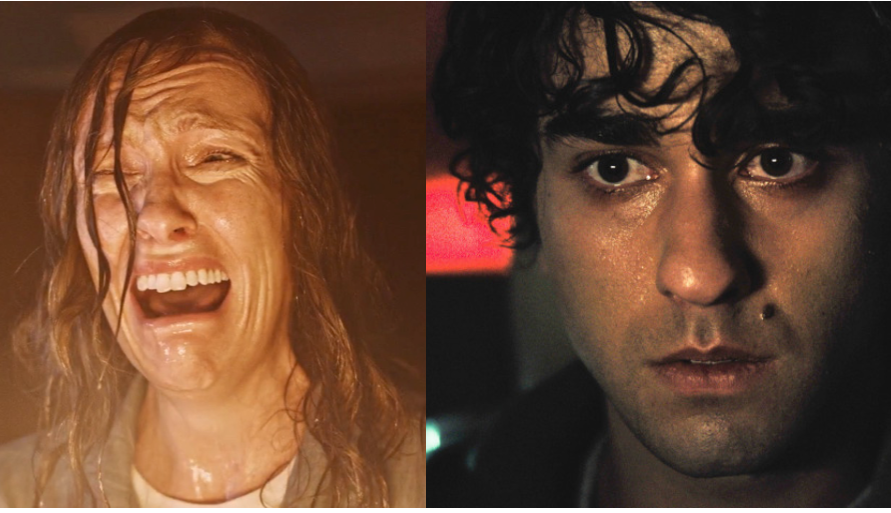 Back at Sundance, Ari Aster’s very first feature film, Hereditary, was proclaimed the scariest film of the festival–and the year! That’s quite a proclamation. What in the world could make a film that scary? Was it truly scary, or just overhyped. After seeing it a week ago, and having some time to recover, and I can say without a doubt that Hereditary is a truly horrifying experience. Complete, total, and absolute horror…. but maybe not exactly like you’d think. And I was not fond of it. But here’s what our hosts thought about Hereditary during this week’s podcast.

If I disliked it so much, why can’t I stop obsessing over it–I’ve read every article (The New Yorker‘s is particularly illuminating), and watched all the YouTube videos (some of them are quite good), and discussed at length with several people. And all I can gather is that the film is a skillful, finely crafted piece of cinema that DOES DELIVER some bone-chilling terror. Or horror–if there’s a difference. There must be a difference, but I’m not sure what it is, although I think that calling Hereditary “horrifying” is a true statement.

All I know is that I did not like the feeling I had at the end of this modern-day Rosemary’s Baby…. although the end of Rosemary’s Baby wasn’t nearly as….. “without hope.” Watching this film is like drowning slowly at first, and then with large gulps of suffocation toward the end. Yes, those last 10 minutes of Hereditary are like a mad, horrible fever dream of despair, gore, and outright devilishness. For viewers of faith — any faith, really — who shy away from overly demonic fare, this might not be your cup of tea.

Okay, I’m going to discuss a few spoilers, so if you don’t want to know anything before seeing the film, just be warned.

WHY DO SOME PEOPLE LOVE IT, BUT OTHERS HATE IT?

According to the Hollywood Reporter, “Ari Aster’s Hereditary has been touted as one of the best horror films in years. It’s hard to disagree. Yet there’s a disconnect between the critical reception and the audience reaction, highlighted by the film’s 94 percent on Rotten Tomatoes, D+ CinemaScore, and numerous social media takes….Hereditary, with its willingness to tap into the oft-regarded off-limits aspect of horror — the brutal death of a child, grounded and unflinching looks at psychotic breaks, identity disorders and PTSD, and characters who share equal parts guilt and innocence — distinguishes itself from popular horror. But its subversive nature isn’t entirely unique, rather Aster embraces the traits passed down by earlier filmmakers in horror movies like Rosemary’s Baby (1968) and Don’t Look Now (1973)…Hereditary is so upsetting, so shocking and so divisive because it throws audiences into a world where there is no control, and the rules can change from one moment to the next.”

I think that most people were totally unprepared for that ending, even though the decapitation of the young daughter, Charlie, in the first half of the film was–for me–perhaps the most shocking moment in the film. It mirrors the decapitation of her mother, played by Toni Collette, during the final moments of the film. It’s even more shocking that the mother “sawed” her own head off using a piano wire.

According to Gamespot, “The character Charlie is Paimon. She was born a demon. She’s not a person who’s been possessed–although she’s certainly a pawn–but a literal, physical manifestation of Paimon. That explains why she’s so strange, why grandma obsessively fawned over her, and why she has to die for the demon to enter a male host and the ritual to be completed (as you may have noticed, the cult’s symbol was etched into the phone pole that killed her, implying the cult had some influence over the events).”

Quite frankly, I found the last 10 minutes of the movie “vile.” Maybe I’m just too soft …. which is unlikely, since I was raised on a steady diet of schlocky horror films, from Freddy and Michael to all sorts of weird VHS fodder. But by “vile,” I mean a deep, black, F-ed up murkiness that does nothing but make you feel dark. It’s like a sickness. The entire movie was unpleasant, from beginning to end. But I must give credit where credit is due…. this movie accomplishes a real horror. It seeps in and overcomes you.

Most of Hereditary is quite skillfully made–from the cinematography, to the music, to the Oscar-worthy acting, especially by Collette. Ari Aster’s film is a horror film that delves deeply into grief and sanity, casting a spotlight on a crumbling family unit, doomed by their family roots. And perhaps I’d be more receptive to this film if it weren’t for that ending…. that darn ending.

It’s not for the squeamish — the mother goes nuts and decapitates herself with a wire, while the son finds his mother’s and grandmother’s headless bodies bowing down to an “idol” fashioned to look like a sacrilegious Christ figure, although instead of Christ’s face, we see the decapitated head of the daughter from earlier in the film. Naked cultists stand around, proclaiming that the king of hell has arrived. All hail Paimon, the king of hell.

End movie. (at this point, I got the hell out of the theater).

I, for one, needed at least a sliver a hope, a hint at sunshine, somewhere inside this nightmare. But others have suggested I’m wrong, and that my revulsion and despair are the exact results the filmmakers wanted. To which I respond, “Why? To what result? What’s the point?” There has to be something more to a film than just darkness, right?

For Hereditary, maybe not. It’s just all darkness….but WOW, what a well-done darkness.

Here are a couple videos to see (if you’re interested in this film).