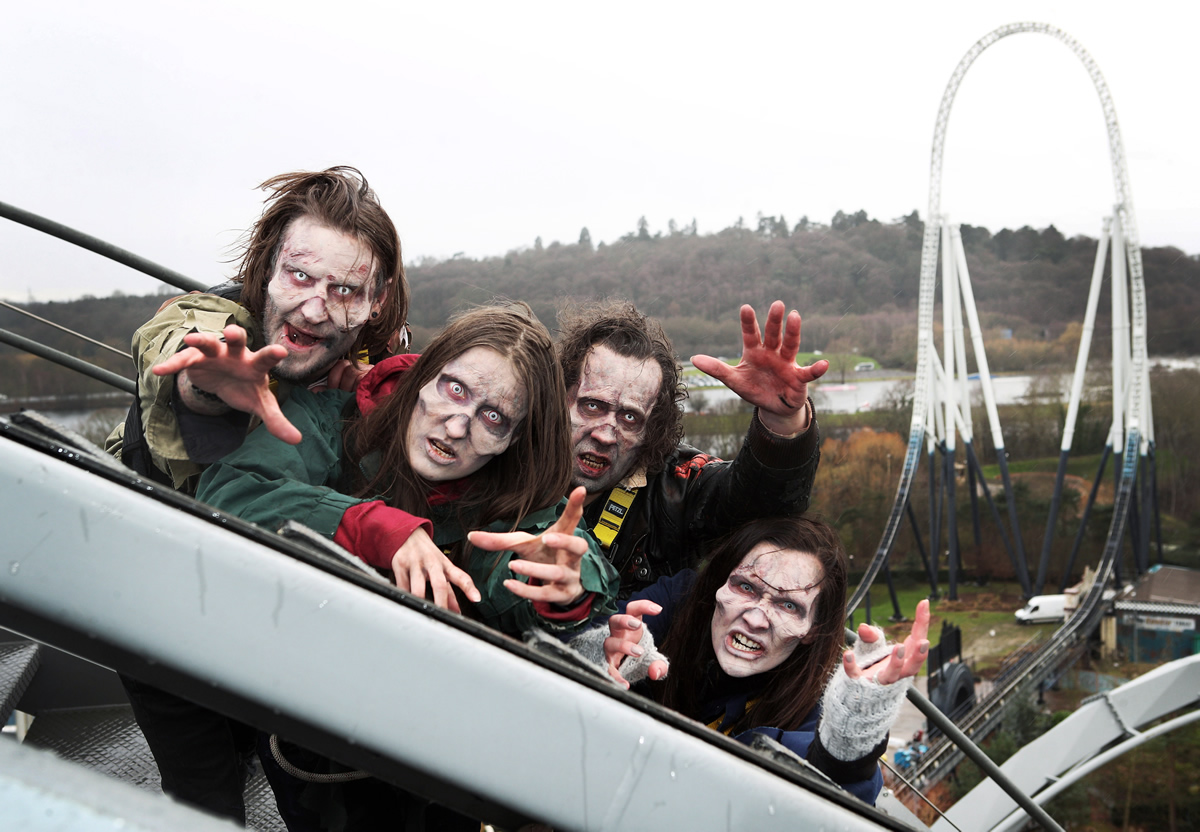 Remember the movie MONSTER INC., from Pixar, where screams powered the city of Monstropolis? Well, what if that technology was real, and what if you unleashed a horde of Walkers from The Walking Dead on an unsuspecting populace? I think you’d probably be able to power quite a bit.

The new Walking Dead rollercoaster at United Kingdom’s Thorpe Park includes technology that collects energy from the ride’s vibrations and screams of guests, converting it into battery life to charge smartphones.

Train carriages on Thorpe Park’s new Walking Dead: The Ride are being fitted with kinetic energy harvesting devices which are capable of converting the energy emitted by the ride’s vibrations as well as from screams by ride-goers into electrical energy. The gathered energy is stored in power management units before being used at on-site mobile charging points, enabling visitors to the theme park to charge their phone. The ride opens this Easter. The technology has been designed and developed by researchers at Queen Mary University London, alongside the theme park’s own engineering team. The team has dubbed the device a Scream-o-Meter. The technology is to be used on an initial trial period, but could be kept in place if the trial is a success.