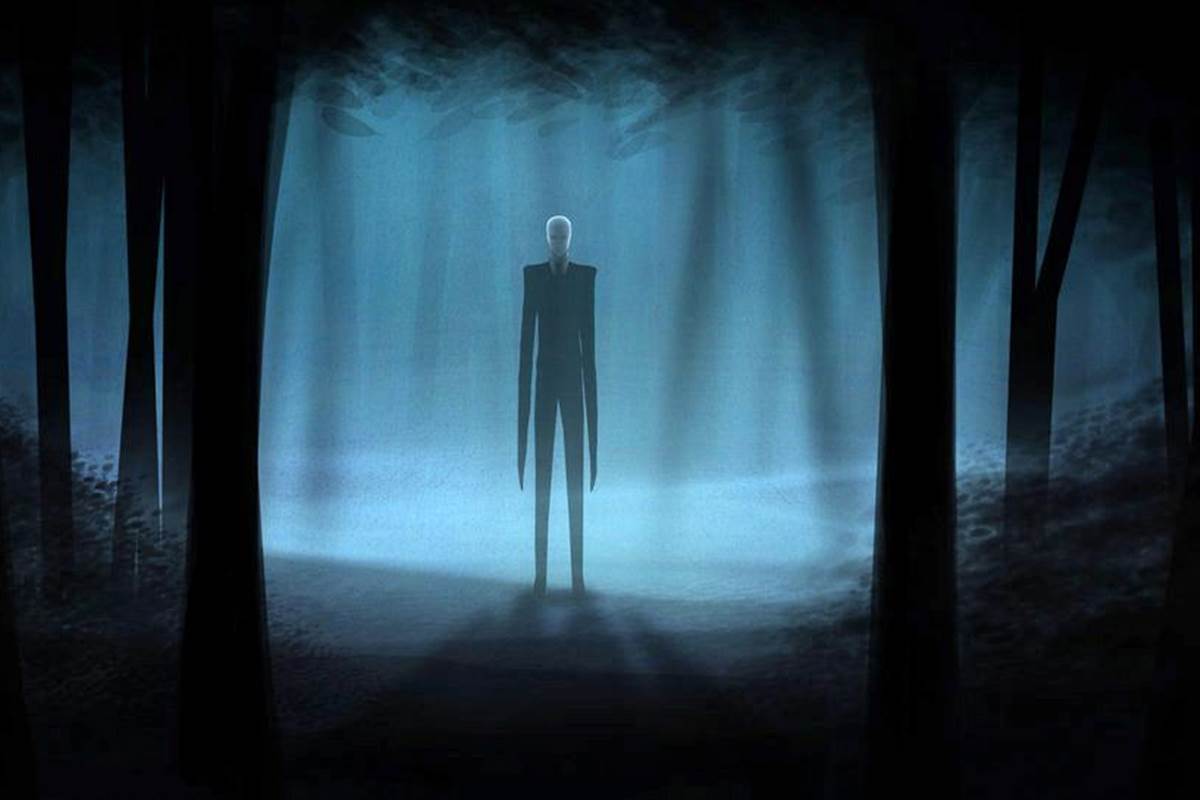 This has definitely been a year for Slender Man. He’s all over the news and TV right now. For starters, the trailer for the new film dropped this week — you can watch it here.

Of course, I doubt the movie could ever be as chilling as reality. Earlier this year, we discussed in length the legend of Slender Man and the horrifying affect it had on some young girls. Read our in-depth look at the case and on the Slender Man phenomenon right here >>>

One of two Wisconsin girls who tried to kill a sleepover friend to please the fictional horror character named Slender Man was sentenced this past month to 25 years in a mental hospital. Anissa Weier, 16, pleaded guilty in August to being a party to attempted second-degree intentional homicide, but she claimed she wasn’t responsible for her actions because she was mentally ill…. OR, in other words, Slender Man made her do it! Read about the case here>>>

Bill Weier, father of Anissa Weier, told the Associated Press in a telephone interview Wednesday that he hopes local theaters won’t show the movie when it’s released in May. He believes it’s a tasteless money grab to capitalize on such a tragedy. He may have a point… the article points out some other interesting facts about the power of the Slender Man legend. It says, “Slender Man has been cited as a factor in other crimes. Days after the Wisconsin stabbing, a 13-year-old girl in Hamilton County, Ohio, attacked her mother with a knife. The mother told WLWT-TV that she thought the girl was obsessed with Slender Man. In September of that same year, a 14-year-old girl in Port Richey, Florida, set her house on fire. Sheriff’s deputies said she started the fire after reading an e-book called “Soul Eater” and reading about Slender Man.” That’s messed up. You can read the USA Today article here >>>

I got a little Slender Man crazy myself a bit this year…. the story of this lanky, creepy dude who hung out in the shadows around kids who turned up missing was unsettling, but ultimately super interesting. Where did he come from, and how did he wield so much power over the imaginations of such a large swath of society. Heck, my buddy Luke even took the Slender Man thing a little further, using it to scare the #!&$ out of me. Watch here >>>