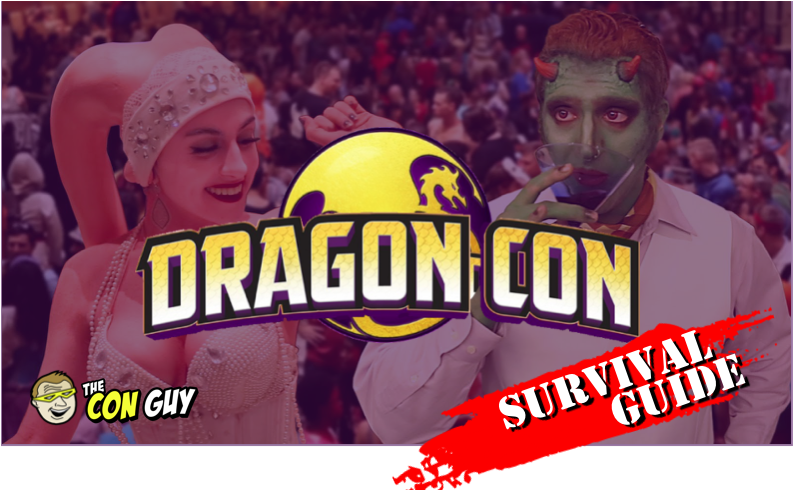 It’s Dragon Con weekend, the southeast’s biggest and most fan-centric Comics and Fandom convention. Going strong after three decades, Dragon Con is still the place to be for fans who like the family-like feeling. Here’s THE CON GUY’s survival guide. First up, THE CON GUY show, where we discuss the ins and outs of Dragon Con:

THINGS YOU NEED TO KNOW FOR DRAGON CON

Whether you’re a first-timer or a Dragon con veteran, we break down the things you need to know, do, and see to get the most out of Dragon Con. And we throw in a few Dark Horse picks just to keep it interesting. Here’s your SURVIVAL GUIDE.

One of the best and most unique things about Dragon Con is that it has its own parade! By some estimates, it is the largest parade annually in the city of Atlanta… here’s what you need to know to watch. The 2017 parade kicks off on Saturday, Sept. 2 at 10 a.m. But get there early, because 65,000 people are expected to pack downtown Atlanta for the convention and parade. The parade breaks up in front of the Marriott Marquis, so if you want to try to catch somebody to get a picture that’s the place to do it.

Parade Route: It launches at Peachtree Street and Linden Ave, going South on Peachtree passing the Hyatt Regency and taking a left onto Andrew Young International Blvd (at the Westin).  Continuing one block on Andrew Young and taking another left onto Peachtree Center Ave. and continuing to the Marriott Marquis where the parade ends. The route is almost one mile.

Parking: In addition to DragonCon, the Chick-fil-A Kickoff Game is at the Georgia Dome. The big decks on International or Baker near Williams/Spring may be good choices.  If they’re full, you may have to park farther away and walk to the parade route. Also use Parking Panda.

Watch on TV on online: If you can’t make the parade in person, you can watch on DRAGON CON TV. That’s right, Dragon Con streams much of its convention, including the parade, on its own streaming service.

Weather policy: The weather policy is they march rain or shine unless the weather poses a threat to life or property. There is no rain date — the window is Saturday morning at 10 a.m. (until Noon’ish).

THINGS NOT TO MISS