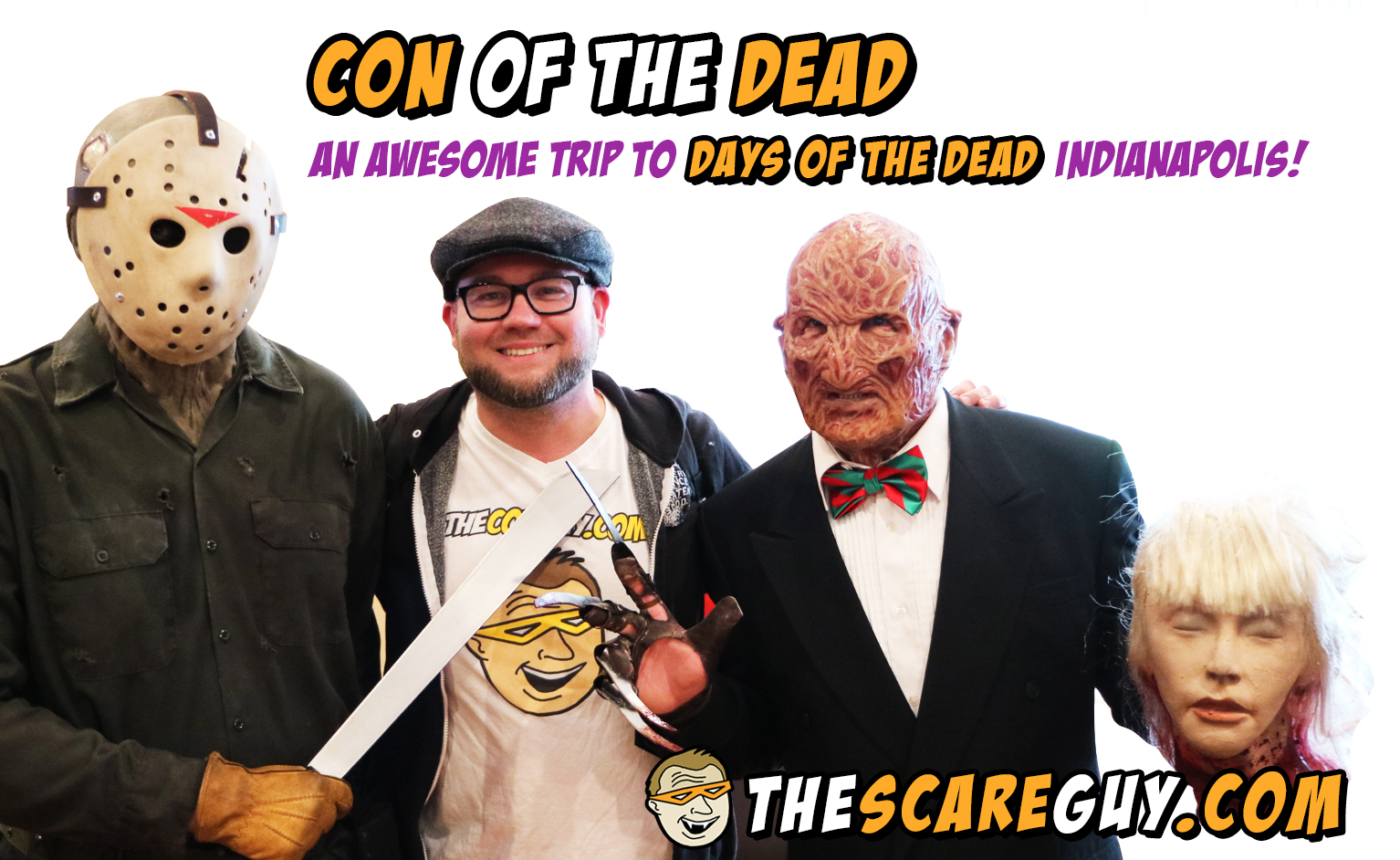 Horror fans of all ages came out in droves this past weekend for DAYS OF THE DEAD INDIANAPOLIS. This convention featured horror and wrestling’s well known faces like Linda Blair (The Exorcist), wrestling legend STING, Matthew Lillard (Scream, Scooby Doo), rock legend Dee Snider (Twisted Sister), a Dawn of the Dead (1978) reunion, and many, many more! 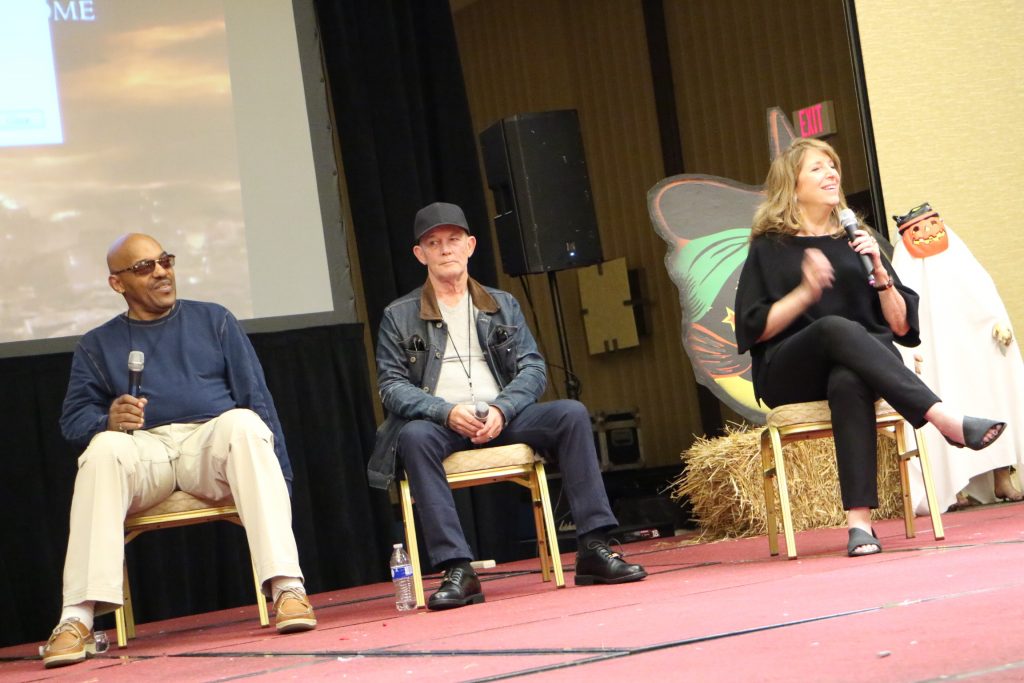 We arrived early Saturday and got awesome seats for the Dawn of the Dead panel. Cast members Ken Foree, Scott Reiniger, and Gaylen Ross shared memories and great stories of the making of the zombie classic. One such story involved the filming at the Monroeville Mall in Pennsylvania. Since the mall was open for business during the day, cast and crew had to film a majority of the film at night. Once daylight came, the actors and crew had to rush to get everything back to normal before the senior citizen “mall walkers” entered in the morning. The cast joked about not wanting to frighten the mall walkers with film extras walking around in ghoulish make-up! The cast also delved into the long discussed “alternate ending” of the film, in which Ken and Gaylen’s characters commit suicide instead of continuing on after the zombies overrun the mall. Thankfully, Director George Romero decided to go with the more uplifting ending where both characters survive. (Romero and other co-star David Emge were scheduled to appear at the convention and panel, but both had to cancel for health/personal reasons.) 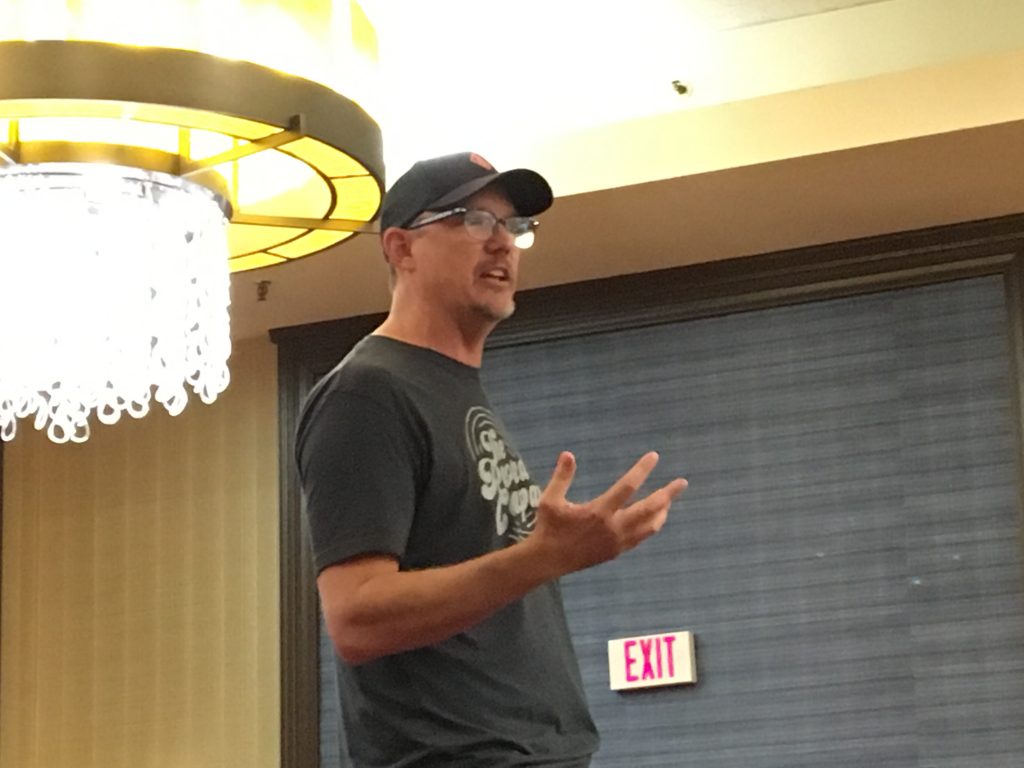 The next panel we attended was Matthew Lillard, the star of Scream/Scooby Doo/SLC Punk!. This was perhaps the best panel of the weekend because Lillard had a “conversation style” Q&A with the audience, as opposed to a standard panel with a moderator. He told stories of the late Wes Craven and the encouraging words he gave of Lillard’s acting. Lillard discussed some of his favorite roles he has played over the years, as well as talked about the difficulty of shaking off the “that actor from the 90’s” vibe when it comes to getting cast in new roles in Hollywood. He kept the crowd laughing for a good hour in what was sure to be the highlight for many of the weekend.

After the second panel, we explored the vendor rooms and got to see merchandise from several artists/vendors. I picked up a few souvenirs including a Day of the Dead (1985) movie poster, as well as some cool stickers and an awesome Camp Crystal Lake drink coaster! We also got to see several fantastic cosplayers. Check out these great pictures! 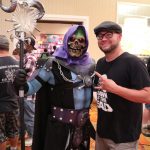 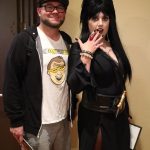 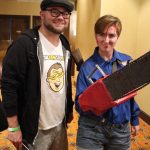 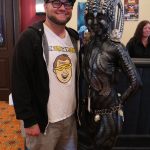 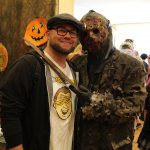 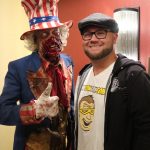 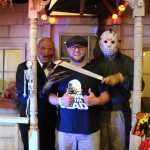 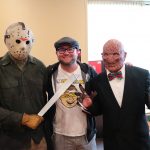 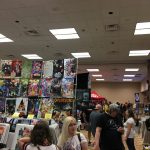 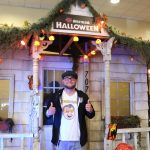 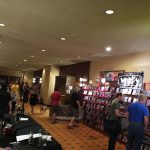 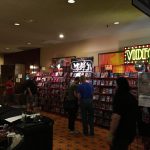 Later that night, I got to see a special screening of George Romero’s Dawn of the Dead (1978). This event was hosted by the legendary Horror Host from Columbus, Ohio, Fritz the Nite Owl! The event was made even more special because Ken Foree, one of the lead actors of the film, did an introduction before the screening. It was a very fun experience to be able to watch one of my all-time favorite films with an excited crowd and Ken’s introduction. Truly a once in a lifetime experience! 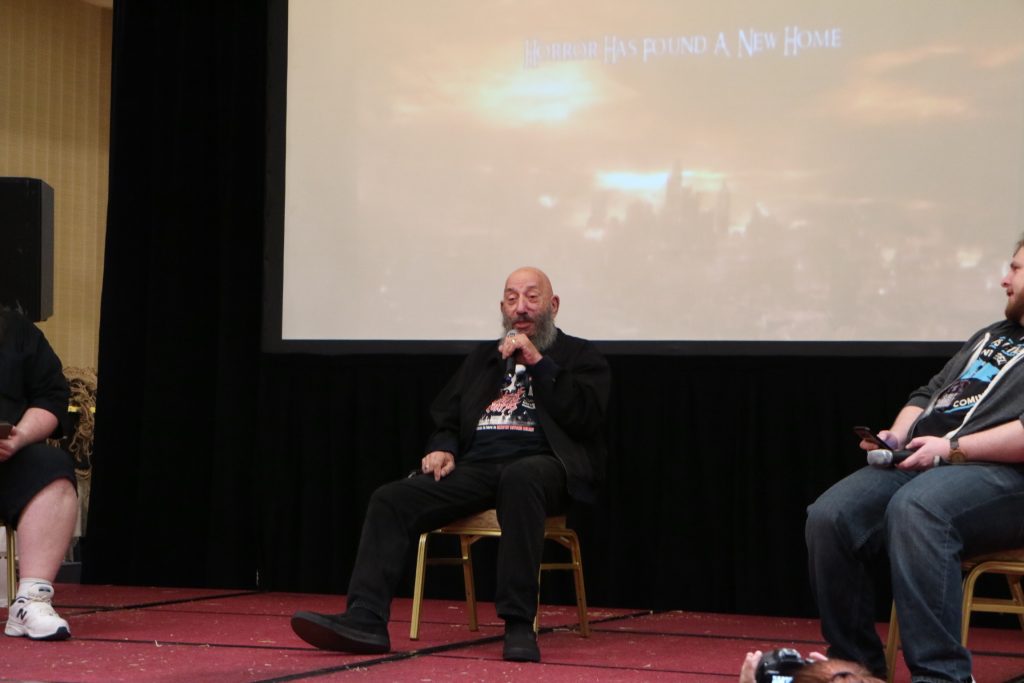 We wrapped up our “weekend of horrors” with a panel featuring two actors who have portrayed the king of the monster’s himself…GODZILLA! Haruo Nakajima and Tsutomu Kitagawa spoke through a Japanese interpreter, and shared many memories of being inside the hefty costumes that brought this classic monster to life. Haruo mentioned how uncomfortable it was inside the bulky suits and how he used to take Judo to keep in shape. He mentioned something along the lines of: “you had to be in shape and active if you wanted to work well in that costume!” 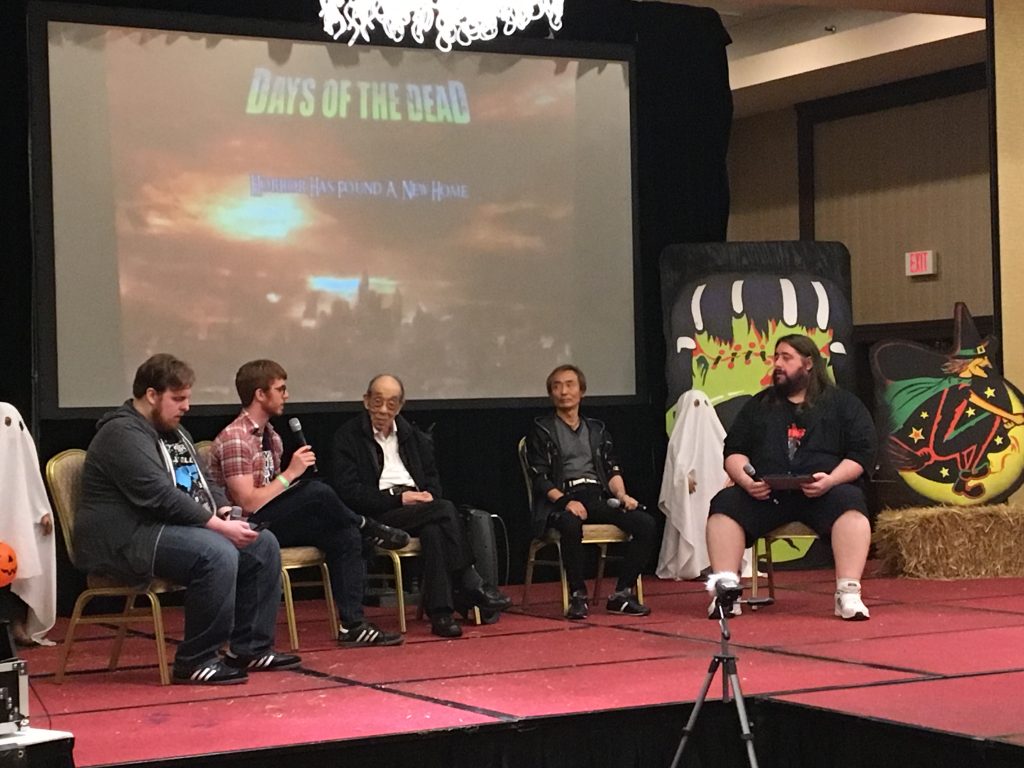 Overall, this weekend was a lot of fun. DAYS OF THE DEAD Indianapolis definitely gave the horror fans what they wanted with great guests, informative panels, unique artist and vendor tables, and amazing cosplay. We cannot wait to attend another show!

DAYS OF THE DEAD has upcoming shows in Louisville, Chicago, Los Angeles, and Atlanta. Check out their site at http://www.daysofthedead.net/ for more info!

As the Crypt Keeper would say…”We’ll see you BOILS and GHOULS next time!

Added a sweet new Day of the Dead poster to my collection from @daysofthedead13 Indianapolis! #dayofthedead #georgeromero #zombie #horror #convention