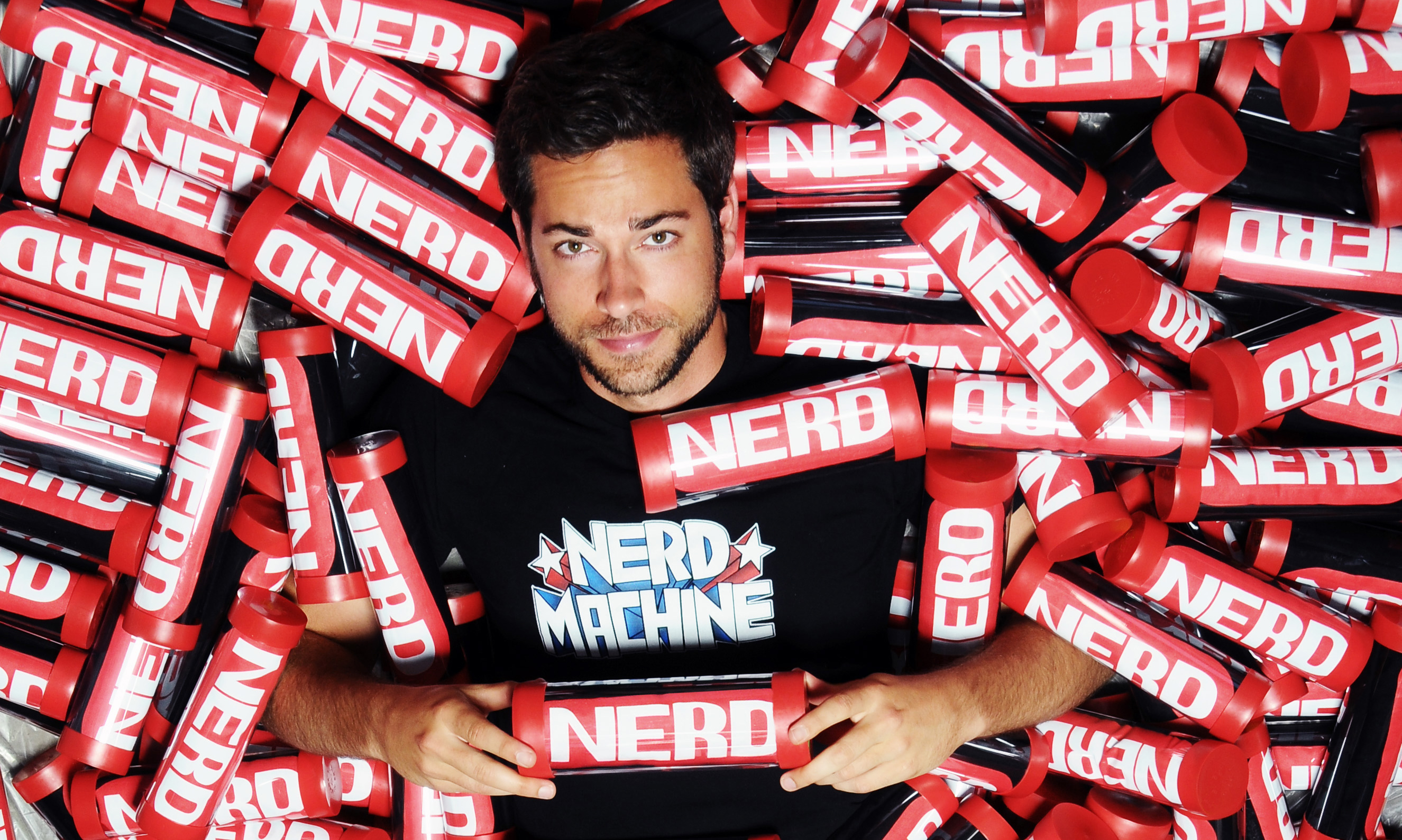 It was the announcement that ruffled nerds across the land — Zachary Levi and his comrades announced that NERD HQ would not be happening this year at San Diego Comic-Con…and we all said WTF?

For five years now, Nerd HQ has produced what many consider the best offsite event at Comic-Con. They started in a storefront space, then moved into Petco Park, then eventually moved into the Children’s Museum. Zach and friends produced multiple panels with some of the biggest names at Comic-Con (the guys from Supernatural, Alan Tudyk, the cast of Arrow, and more). And they threw the biggest and best party of the convention. A couple years back they even hosted an outdoor screening on the field inside Petco of Joss Whedon’s SERENITY. Alan Tudyk and Nathan Fillion hosted the event. Yes, Nerd HQ has become as much a part of Comic-Con as…..Hall H. 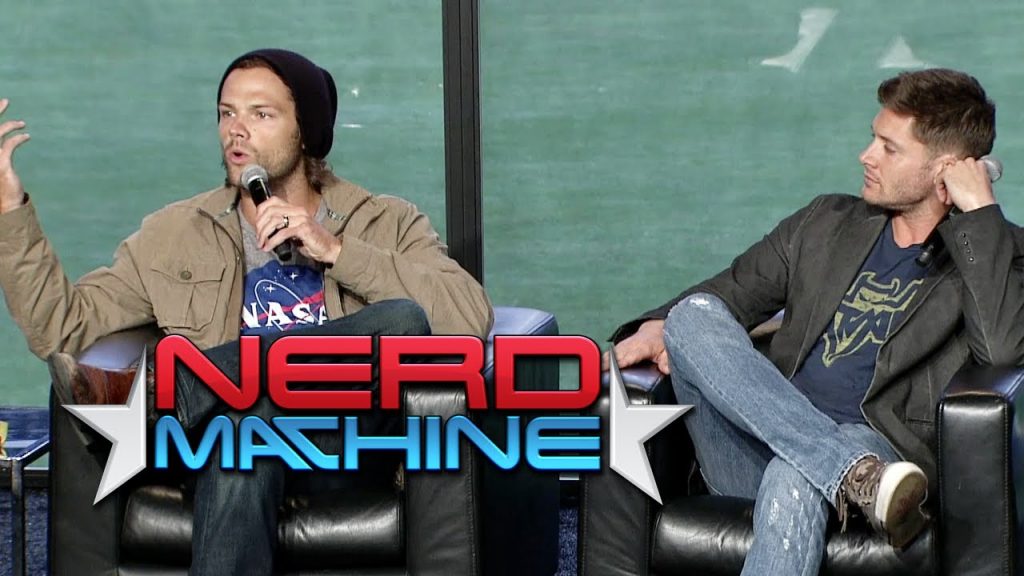 The Supernatural guys at Nerd HQ.

SO WHY DID THEY CANCEL?

So what happened this year? It’s simple: Money; time; and scheduling. There’s absolutely nothing underhanded or sinister. It’s just the same thing that each and every one of us face. Even though Zach is a successful actor, the funds required to put on an event of this size are enormous and require serious underwriting. We all went for free, didn’t we? Who do you think was paying for it? But let’s look at this objectively: the increasing costs, in addition to Zach’s VERY busy schedule can’t be easy to juggle. 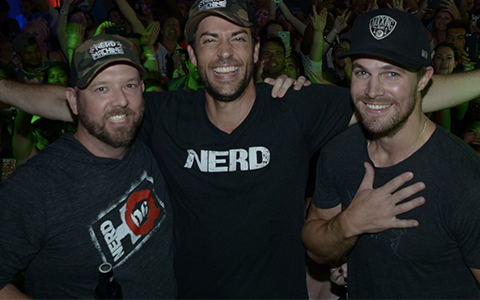 If you’re anything like us, you probably already have options in your head of “they should have done this,” or “did they think of this.” Yup, that’s what we did. But believe you me, the Nerd HQ guys have thought about all of that. They love Nerd HQ and it’s a super-hard decision to not host an event this year. I bet they’re as bummed (even more so) than all of us.

I know a lot of you are thinking, “Let’s help Nerd HQ — let’s do a kick-starter.” Well, that’s all well and good, but they already tried that. Remember two years ago when Nerd HQ did an Indie Go-Go campaign trying to raise funds to support Nerd HQ? They raised well over $330,000, which is awesome! But to produce an event of the magnitude of what we’ve seen these past two years, more funds are needed.

But we think that, perhaps, things have changed…. the reputation of Nerd HQ has grown. More and more fans come to San Diego BECAUSE of Nerd HQ. I think a kick-starter now would reap A WHOLE LOT MORE than the first one.

Alan Tudky and Nathan Fillion were able to raise over $3 million for their online series CON MAN. I gave… did you? It seems that Nerd HQ could re-do another Kick-Starter and try again… and enlist their famous friends, such as Tudyk, Fillion, the Arrow crew and the guys from Supernatural. Zach is friends with all of them — c’mon, let’s do this!

Perhaps it’s too late for this year… San Diego Comic-Con is less than 70 days from now. But next year… who’s up for donating? Nerd HQ has been the coolest must-do for five years running. It sucks balls that it’s not back this year. If there are any “angel donors” out there who want to annie up some big gifts, an army of nerds would be eternally grateful.

Although we’re in no position to make announcements, we think Zach and the Nerd HQ crew might throw some sort of party at Comic-Con this year. Again, nothing’s set in stone, but that’s our best guess, because Zach will be at Comic-Con this year, and he absolutely LOVES the fans. He’s one of them. Zach is a nerd at heart, and we are his kind of people. If it’s at all possible to do something at the event, we’re sure he will. 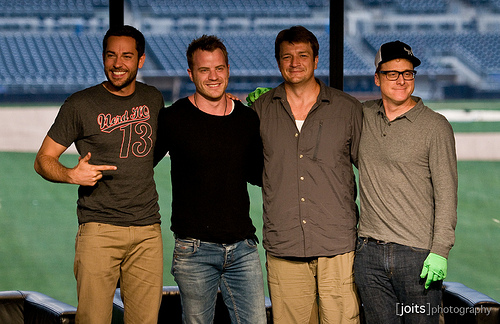 And because of a very cool announcement this week, we all know that Zach will be in San Diego the entire week–he’s been announced as the host of Syfy’s daily onsite show! Woo hoo! We’ll definitely be there.

From the Hollywood Reporter:
“Returning for the second year, the three-night event will be broadcast live from the San Diego comic book convention Thursday, July 20, through Saturday, July 22. Levi replaces Will Arnett as host, and he will also executive produce along with his producing partner David Coleman through his Middle Man Productions Banner. Live From Comic-Con hails from Wilshire Studios.” Read more >>>

So let’s not lose hope. Nerd HQ may indeed be present at this year’s event, although in a much smaller and different form. Will it be back next year? We hope so! And if a kick-starter is called, count us in! I believe we echo the sentiment of thousands of fans. We’re all in for NERD HQ, and whatever it looks like going forward!

Here’s what others are saying:

An Englishman In San Diego
The announcement also comes as a bit of a surprise, as it was looking like Nerd HQ was still very much a going concern as recently as last month, when Zach announced the Nerd HQ collaboration with Stephen Amell‘s Nocking Point Wines, producing a branded blend of roses for the organisation. However, the opportunity for a case or several of complementary plonk in Zach’s wine cellar hasn’t taken away from what is clearly a massive undertaking to put on the Nerd HQ activation, in terms of logistics, manpower and financial responsibility.
Read more >>>

SDCC Unofficial Blog
However, don’t count Nerd HQ and The Nerd Machine down for the count. They certainly aren’t dead — and Levi promised that he was committed to bringing the fans Nerd HQ in whatever form he could. He even teased that, “In the coming weeks, specificially this coming week, there will be a flurry of announcements regarding various things that will be happening in San Diego during Comic-Con.
Read more >>>