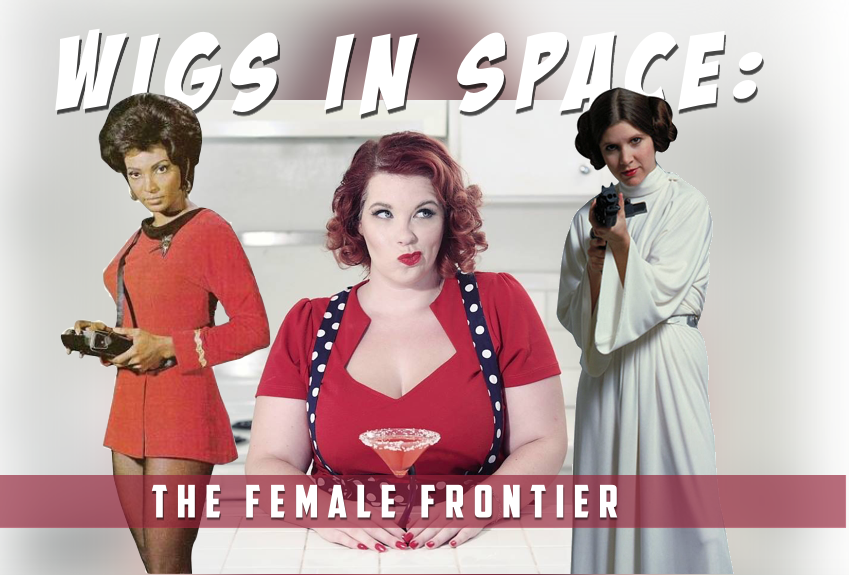 In honor of Women’s History Month, our regular Con Gal, Heather, set out to spotlight the contributions that women have made to sci-fi. And guess what–it’s HUGE! Here’s her first in a series. Check it out!

Wigs in Space: The Female Frontier
Women in Science Fiction

Like many of you, I fell in love with Science Fiction because of Princess Leia. I was a textbook tomboy as a kid and I spent most of my time playing with the boys. When we would play out our favorite movies, stories and cartoons, as the only girl, I was often relegated to the damsel role. I was constantly being kidnapped or stumbling into danger, all so I could be rescued by the good guys. To be honest I found all of this unbearably boring. However, my life changed when my friends and I discovered Star Wars. Suddenly I was free to run and fight, shoot a laser gun and bark orders. I never looked back.

This was the beginning of my love for science fiction and its limitless possibilities. As I’ve gotten older, my appreciation for the genre and its capability of offering both a critique of and hope for all that human kind has the potential to be, has continued to deepen. Science fiction is society’s magic mirror, reflecting our achievements, our inherent flaws and offering both hope and caution for the future.

Sci-fi has played an integral and complex role in shaping the way that our society and culture views and treats women both on screen and off. My goal with this series is to explore how the evolution of science fiction film and television has, for better or worse, both shaped and been shaped by the progress of women in our culture. I’m going to be exploring the huge cast of female characters, artists and trailblazers that have made the genre what it is and who are continuing to inform its future.

To truly understand the role that women have played we have to go back to the earliest days of film itself. And here is where we find one of the baddest ladies you have probably never heard of. Alice Guy-Blaché. Alice can arguably be credited with the invention of narrative film. Her career started in 1894 and spanned 26 years. In that time, she wrote, directed and produced over 1,000 films, 350 of which survive to this day, 22 of those are feature length. She was one of the first women to own and run her own studio and in 1900 she became the first female to direct a science fiction film. The 4 minute Chapellerie et Charcuterie Mécanique featured a wooden box that through the magic of film, turned cats into hats. It was an early hit.

Alice started out as a secretary at the Gaumont Film Company in France. At a time when film was entirely a scientific venture, Alice was the first to recognize and implement its potential as a story-telling medium and profit machine. She pioneered sound syncing systems, color tinting, special effects and interracial casting. She opened her own studio, Solax, in New Jersey in 1910, ten years before she would even have the right to vote in this country. She had her motto painted on a huge sign inside of her studio, it simply read; “Be Natural”.

Unfortunately, Alice has never received the recognition and acclaim that her male counterparts such as the Lumière Brothers and George Méliès have been granted. Many of her films were lost or credited to male filmmakers over the years. Thanks to her husband’s, infidelity and shady financial dealings, Alice lost her studio and her career in one fell swoop. She was forced to auction off Solax and declare bankruptcy in 1922. She never made another film.

For me the ultimate tragedy of Alice Guy-Blaché is the almost total lack of recognition that she received from an industry that grew entirely out of her ingenuity, creativity and vision. However, this really does nothing to change the fact that this was a woman who refused to allow the narrow imaginations of those around her to stop or even slow her down.

So, for what it’s worth, I am dedicating this entire series of articles to the memory of the bad-ass mother of, not just science fiction but literally every narrative film ever, the awesome, the bad and the lovely; Alice Guy-Blaché. Who run the world? This boss bitch right here: 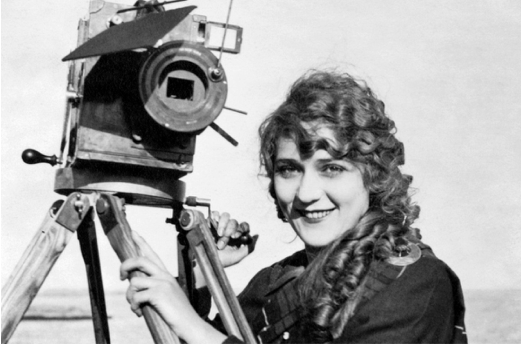 One thought on “WIGS IN SPACE: THE FEMALE FRONTIER — A LOOK AT WOMEN WHO INFLUENCED SCI-FI”