Deadpool is back–or at least the Deadpool game is back. Another big blockbuster, another round of “who dies?” So, let me get this straight: Rogue One is the prequel to Episode IV: A New Hope, which means the characters of Rogue One could theoretically be in Episodes IV, V and VI, correct? But they’re not — at least, we don’t think they are (please, NO CGI inserts into the original trilogy films!). This article could be considered somewhat SPOILER (ish), so turn back now if you don’t want to hear spoilery theories.

Back when George Lucas sold Lucasfilm to Disney, he was already contemplating the idea of stand-alone films, or rather, films not in the main Skywalker saga of Episodes 1 – 9. These films are “offshoots” of the main films. Gareth Edwards delivers the very first stand-alone Star Wars film this December with Rogue One, the story of the rebel mission to steal the Death Star plans. Gareth says that his film ends ten minutes before A New Hope begins.

But the question that keeps popping up is this: If the characters of Rogue One exist immediately prior to A New Hope, then how do you explain why they aren’t seen anywhere in the original trilogy — or in last year’s The Force Awakens? That seems a bit tricky, if you ask me. There are only two possible answers: They die. Or they live happily-ever-after somewhere far, far away from the events of the A New Hope. (In other words, they’d go far, far away from the galaxy far, far away).

Reports (or conjecture) surfaced earlier this year that perhaps Rogue One was “in trouble” following the announcement that five weeks of re-shoots were being ordered. Apparently, top studio brass thought that an early cut of the film was far too dark and war-like, so they ordered some reshoots to “lighten the mood,” a bit — and make it more Star Wars-like. If those rumors are true, then it adds weight to the theory that no one makes it out of this film alive.

To help you as you place your “Deadpool bets,” here’s the ROGUE’S GALLERY of the major characters. You can find out about each character by clicking on their photo. 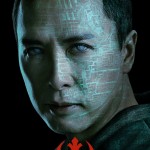 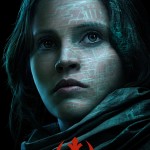 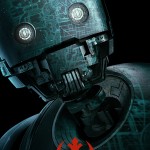 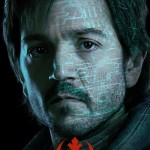 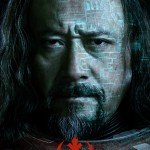 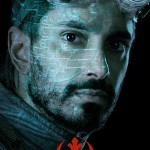 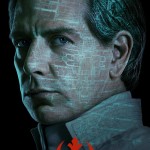 Ben Mendelsohn as Orson Krennic: The Director of Advanced Weapons Research for the Imperial Military 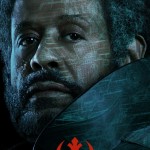 Forest Whitaker as Saw Gerrera: A veteran of the Clone Wars.

We do have one major possible spoiler that occurred at Star Wars Celebration London this year. Again, this is a spoiler so TURN BACK NOW if you want to spare yourself the heartache:

From IGN.com
“OK. Let’s talk about Jiang Wen. During today’s Star Wars Celebration Rogue One panel, the Chinese actor – who plays Baze in the upcoming standalone film – appeared to give away that his partner, Chirrut (Donnie Yen) dies in the course of the film.” Read full article at IGN here >>>

I’m sure Jiang Wen reeeeeaaally got “a stern talking-to” over that flub. Alan Tudky’s face showed his horror at his co-stars’ apparent mistake. But okay, now that we’ve got that spoiler out of the way, let’s talk about the big theory that’s making waves right now: NOBODY SURVIVES. Nope, not a one. What if the entire “Magnificent Seven” rebel group sacrifice themselves heroically? That would be dark. It would be rad. And it would — quite possibly — suck real bad. Who wants to see ALL the good guys die in the end? What is this, a Martin Scorsese movie?

From INVERSE.com
If stealing the blueprints for the Death Star turns out to be more dangerous than attacking the Death Star itself, then there’s every reason to believe that Jyn Erso, Cassian Andor, Baze Malbus, Chirrut Îmwe, K-2SO, and the rest of the brave Rebel squad in Rogue One won’t make it out of this operation alive…. A lot of fans have already postulated that Rogue One’s big-bad Orson Krennic will probably be killed by Darth Vader. This makes good sense: Krennic is trying to gain favor with the Emperor by dressing in snazzy capes and being evil. We know he’s not around in the other movies and that Darth Vader’s capes are snazzier. Read full article at INVERSE.com here >>>

SITHOBSERVER.com
Sithobserver.com breaks down the chances each character has for surviving the film. Interestingly, they think that although Felicity Jones’ Jyn Erso character might bite the dust, they’d bet against it. Why? Well, not to be cynical, but merchandising, of course. But as for the rest of their cast predictions, read full article here >>>

OUR PREDICTIONS: If I were a betting man (I am), I’d put my money on Jyn Erso surviving. Some production notes from the set have Felicity Jones talking about dressing very rough and soldier-like throughout most of the film, but then being able to dress nice, with makeup and pretty hair, towards the end. Does that suggest a happy ending for her? (much like Princess Leia dressed up for the awards ceremony at the end of A New Hope?).

And K-2? We think (and hope!) he makes it. Has anyone else noticed now much K-2 bears a striking resemblance to the medical droid in Empire Strikes Back (with some differences, of course). I don’t suppose that maybe, just maaaaybe….. nah, there’s no way that K-2 and the Medical Droid are the same, is it? 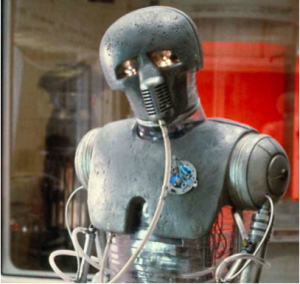 Medical droid from Empire Strikes Back 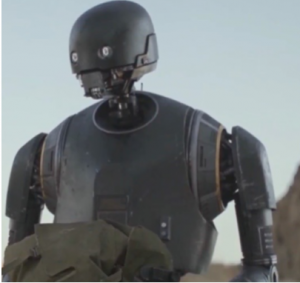 Please, tell us what you think? Who’s in your Rogue One Deadpool?