If you’re heading to Long Beach Comic Con next weekend, we’ve got your survival guide right here. Although LBCC isn’t nearly as difficult-to-navigate as some of the larger events, it has its fair share of panels, parties, events, and great vendors on the floor. This should help.

“Our plans for this year’s show are expansive, with a guest list that will impress both long-time fans and first time attendees,” said Martha Donato, Long Beach Comic Con Executive Director and Co-Founder. “Long Beach Comic Con is dedicated to celebrating the world of pop culture and we’re thrilled to present some truly unique and creative programming with important local organizations like the Columbia Memorial Space Center and Girl Scouts of Greater Los Angeles.”

The Columbia Memorial Space Center will partner with Long Beach Comic Con for Space Expo 2016, an innovative and one-of-a-kind program that connects comic book convention attendees directly with the world of scientific discovery.  This year Long Beach Comic Con will also have more than 400 Girl Scouts in grades K–12 attending Long Beach Comic Con, with nearly 100 of them coming from underserved areas. Depending on their grade level, the girls will earn Comic Artist, Drawing, Senses, Novelist, or career exploration-related badges for meeting with talented creators and participating in interactive workshops. 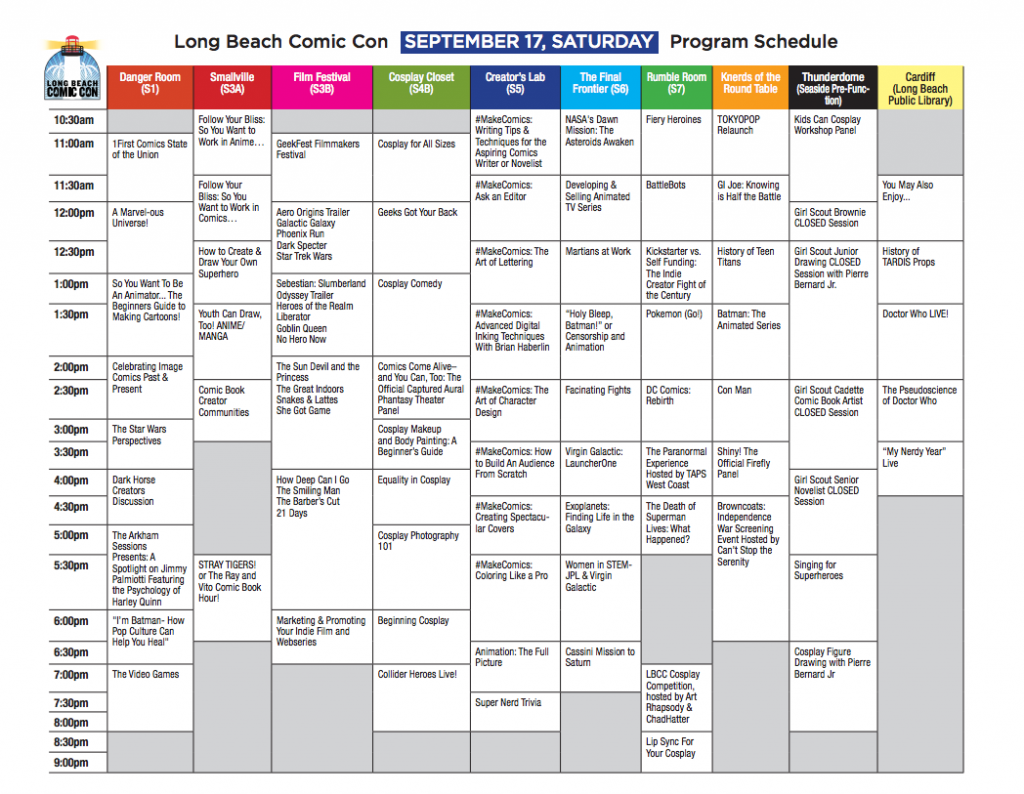 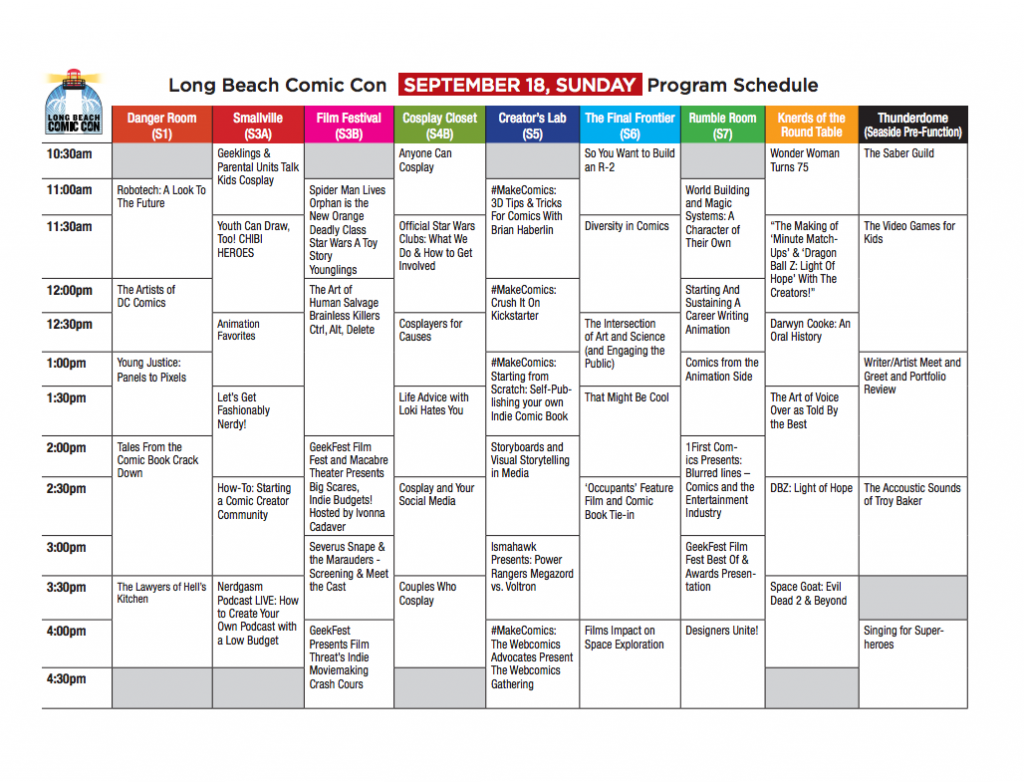 As in past years, attendees will be treated to a wide array of programming. Highlights include:

Click here for complete information on the LBCC Official After Party

Enjoy themed drinks and win raffle prizes as you watch your favorite artists draw their version of the Amazing Amazon. Each piece of artwork will promptly be auctioned off by the lovely Michelle Jensen, founder of Nerd Out App with the majority of the proceeds going to the Hero Initiative.

And check out our COMIC CON PREP SHOW. This week, we talk about Long Beach Comic Con and Dragon Con!