We barely got in, but boy are we glad we did. (Note to #ScareLA: do more classic movie-type panels and less foam molding classes). The crowd was ecstatic about the return of The Shape. But instead of hearing us (or anyone else) babble on, just watch some clips from the panel, featuring Murdy, Williams and their special guest, Malek Akkad, the CEO of Compass, which basically owns the Halloween franchise. He is the son of the late Moustapha Akkad, executive producer of the original Halloween franchise.

The memorable music and the lasting influence of Debra Hill, producer

The importance of Jamie Lee Curtis

Michael Myers as a semi-paranormal killer

This isn’t really brand-new, though….across the states at Orlando’s Universal Studios theme park, me and the Con Guy crew went through the Halloween House last year….and it was AWESOME! It was, by far, the best maze I’d ever experienced at a Universal park. Of course, full disclosure: I’m a near fanatic when it comes to my love for Carpenter’s original film. (and I cringe at the mention of Rob Zombie’s disgusting remakes). So, here are some of my favorite personal Halloween shots. One from Orlando’s Myers house. A few from the Halloween movie spots in South Pasadena. And some others. Enjoy…and Happy Early Halloween! 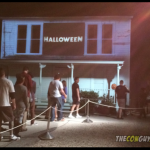 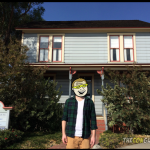 The Con Guy outside the Myers house in Pasadena. 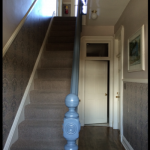 Con Guy peaking in the front door at the famous stairs inside the Myers house. 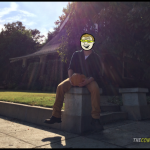 Con Guy sitting on the stoop where Jamie Lee Curtis sat in the film. 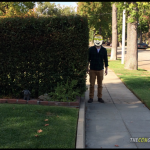 Con Guy at the famous hedge in Pasadena. 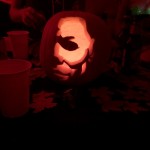 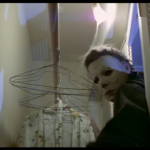 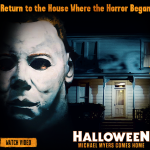 News about Michael Myers’ return to HHN from around the web: