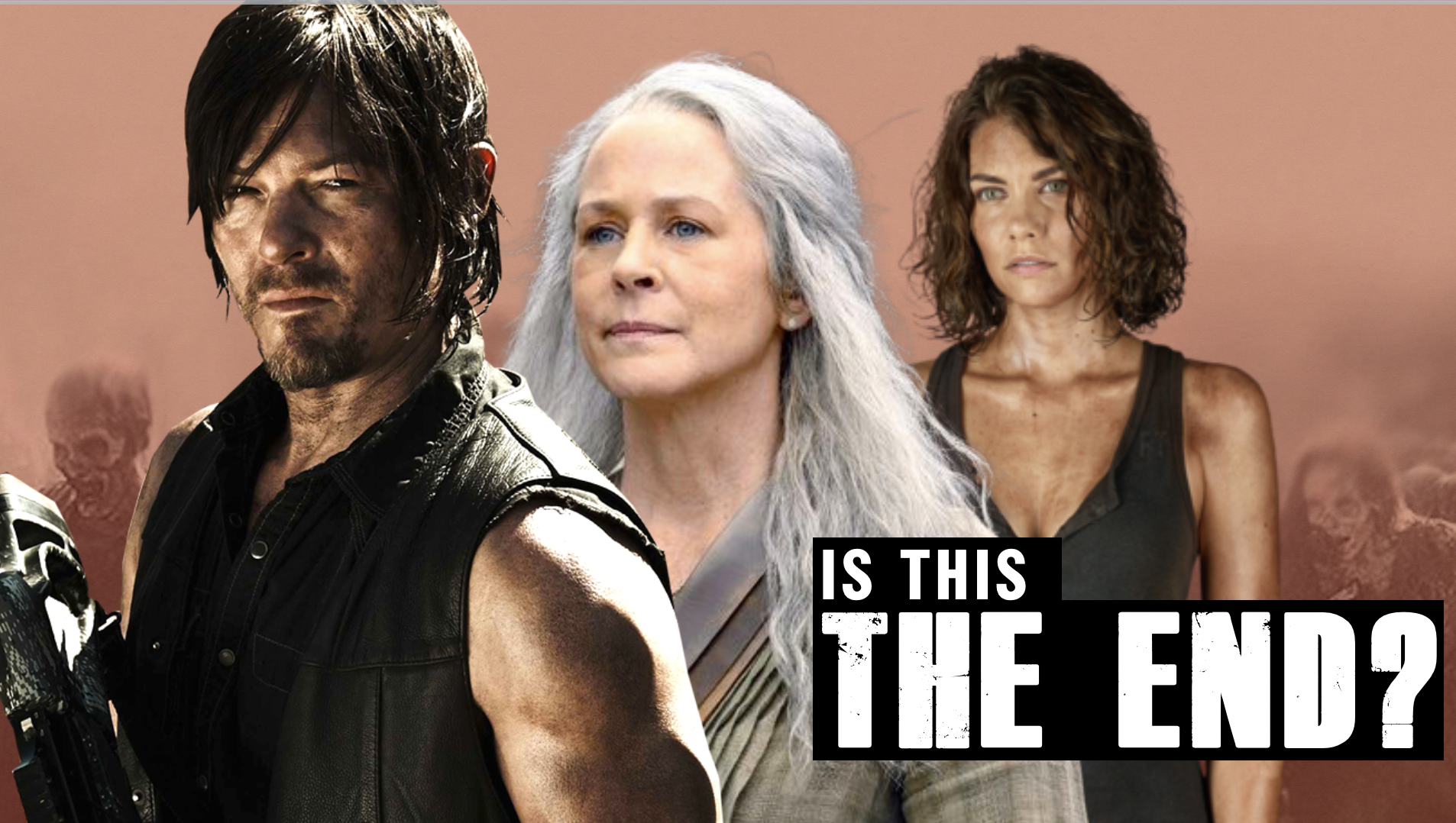 Is THE WALKING DEAD finally dead? This week’s announcements kinda make it seem that way. It was announced that the original Walking Dead (the mothership) will end with a super-sized 24-episode season 11. It will stretch well into 2022. But it doesn’t really end there…. in true zombie fashion, once the mothership dies, something else rises from the dead… namely, the CAROL AND DARYL series. Which is interesting…. the fact that they’ve already announced this series is a big clue that neither Daryl or Carol will be biting the dust during the last two seasons of The Walking Dead…

I guess that makes sense — I mean, have you seen all the “We’ll Riot” memes floating around if either Daryl or Carrol get killed off? Of course, even though the mothership is supposedly ending, and Daryl and Carol are spinning off into their own series, there’s still more Walking Dead to come… namely, Rick Grimes has his own feature film in the works. It was announced as a trilogy of films, although we’re not sure that’s still on the table. We can expect Michonne to be part of these films.

The Oct. 4 is the the Season 10 finale, which will be followed by the premiere of “The Walking Dead: World Beyond,” a two-season spinoff focusing on kids growing up in a dystopian world. Think of it as the THE WALKING DEAD meets the CW. Let’s hope it’s not as bad as it sounds. Then, on Oct. 11, the show’s first spinoff, “Fear the Walking Dead,” opens its sixth season.

And apparently, there’s even a Walking Dead anthology series in the works. (they mention that Glenn might actually come back for his own episode!).

All this Dead talk makes me wonder: How much life is still left in these zombies? These announcements seem oddly placed, kind of like a buckshot…. AMC just made a bunch of Walking Dead announcements, but there’s almost too many to process. The main show is done, but a spin-off is coming, plus an anthology, and then the beginning of a limited series, followed by the feature films, then a possible anthology series…. WOW, this sounds like either a new lease on life…. or the desperate last gasps of breath. Sadly, the latter seems more appropriate.

Don’t get me wrong — I absolutely LOVE the WALKING DEAD. Me and some of the gang from THE CON GUY / THE SCARE GUY have had chips and Mexican food with the actors who played Sophia (season 1 and 2), and Henry (both the young and older/headless Henry), and they seem like absolutely lovely folks. We grabbed drinks with Ross Marquand, who plays Aaron… you’ll never meet a nicer guy. And that’s not name-dropping (okay, maybe it is a bit)… but mainly, I just want to point out that these folks are overwhelmingly nice, decent folks who have been fighting for their lives on our TV screens for over 10 years now. The fact that we’re still engaged in their survival speaks volumes.

The heyday of THE WALKING DEAD has long passed. I used to host Sunday night viewing parties each week, with about a dozen eager souls showing up each week… that Sunday night group eventually merged into a Game of Thrones group… them, as Games ended, so did the group…. We thought about continuing with Westworld, but it didn’t have the same draw.

Daryl, Carol, Maggie, Rick, Michonne, Judith…. those are my Sunday night friends. My family. As they’ve dwindled and left, I’ve stayed true to the show…. and I will to the end. Because although the quality may have dropped, the characters remain. We’ll weep with the conclusion, but rest assured, we’ll be there. How could we not? This has been our world for over than years. We’re seeing it through to the bitter (and Walker-infested) end.