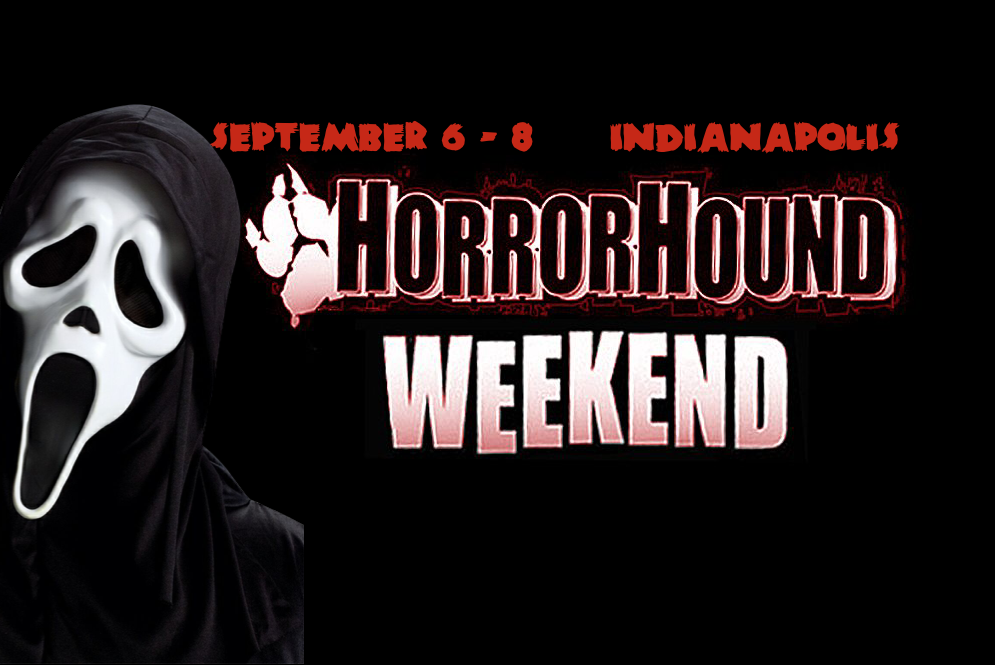 Get ready Horror Fiends, because HorrorHound Weekend hits Indianapolis, Indiana September 6-8 with their largest convention to date! And we at the Scare Guy will be there. You should too!

This three-day event will be taking place at the Indiana Convention Center, and will feature over 200,000 square feet of exhibit space. And for just a few more days, you can secure a three-day-pass for this event for an unheard-of low price of $50! It gives you admission into not one … not two … but three conventions! HorrorHound Weekend … Mask Fest … and Fact or Fiction Fest!

As for the return of Mask Fest? This exciting event will host 100 amazing haunt and FX industry vendors, as well as demos and speaking engagements (a new added bonus for Mask Fest). Come see and buy from such companies such as Trick or Treat Studios, Distortions Unlimited, Retro-a-Go-Go, Composite Effects, Caulfields Novelty Co, Zagone Studios, and check out additional vendors and exhibitors like the Savini School (and yes, Tom Savini will be in attendance), Haunted Angelus House, Jordu Schell, Tom Kuebler, Maki-Yack Monster Designs, and Mitch O’Connell.

Fact or Fiction Fest is a new addition to the HHW family, hosting exhibitors, writers, and guests from the world of Crypto fandom, UFOlogy, and paranormal. Giorgio A. Tsoukalos from History Channel’s Ancient Aliens will be on hand for signings and photo ops, while Bob Gimlin of the Patterson/Gimlin Bigfoot tape will also be in attendance. Travis Walton (Fire in the Sky), Lyle Blackburn (Monsters & Mysteries in America), filmmaker John Borowski and more will not only be set up at FoFF, but will have their own speaking engagement room, adding to the added value of your event ticket, with a three-day schedule of speakers planned. And you can take it all in with ONE ticket for HorrorHound Weekend!

So, you get HorrorHound Weekend with 200+ vendors, 45+ celebrity guests, Mask Fest and the 100 amazing haunt and halloween industry talents, Fact or Fiction and the various writers, mediums, podcasts, ghost hunters, and more …. PLUS:

.
BUT Discount Tickets for this mega event are only $50 for a few more days. It jumps up to $60 on August 21st … still super cheap for all you get. But who doesn’t love saving a few bucks!?!?.

Just head over to www.HorrorHoundWeekend.com today and secure your discount tickets!

*Additional admission may apply for after hour events