Stranger Things, the 80s-set sci-fi summer series from Netflix, has taken the country by storm. Coming to us from brothers Matt and Ross Duffer (the Duffer brothers), Stranger Things is an homage to early 80s Spielberg “kid adventure” films and Stephen King horror mysteries. With an incredible soundtrack and a title treatment that’s now a meme-inspiring force unto itself, the 8-episode Stranger Things is nothing short of perfect. Yeah, that’s our opinion, but I don’t think we’re wrong.

And now, the Duffer brothers say that a likely second season will definitely wrap-up the storyline of everyone’s favorite 80s red-head, Barb. It’s kinda weird how she became perhaps the most favorite character of the show…. Although she symbolized perfectly the angst of pre-hair product early 80s teens, complete with Little House on the Prairie style. We love Barb!

And although Barb’s character doesn’t seem to be coming back, her storyline might.

Barb is utterly forgotten by the story after her death at the hands of an extra-dimensional monster is confirmed. It’s been a sore point for fans who felt the stand-out character deserved more screen time or, at least, a legitimate resolution to her story. Unfortunately for fans, as the Duffer Brothers made clear in an interview with IGN on Friday, she’s highly unlikely to return if the show is renewed. However, it is possible that her story will finally get the resolution missing from season one. 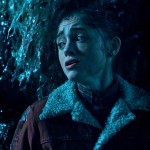 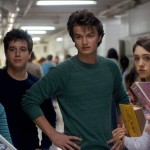 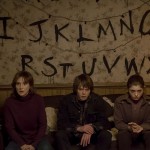 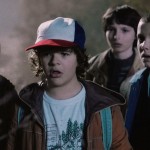 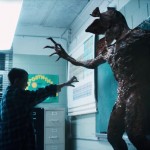 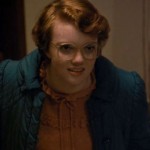 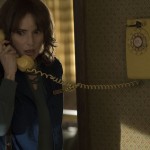 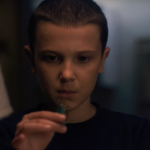 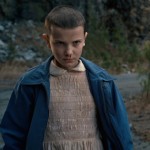 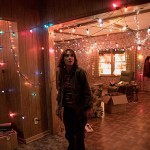 But that’s not the only storyline left dangling. The Duffers say that Matthew Modine’s Dr. Martin Brenner would likely be back, even though it appeared as if the monster had a field day with him. And what about Eleven? Is she chomping on Eggo’s out in those woods? We sure hope so.

There are tons of fan theories about what happened, and what we can expect to see in a much-hoped-for season 2.

According to The Wrap >>>

The season finale, titled “Chapter Eight: The Upside Down,” tied up the season’s overarching search for Will Byers (Noah Schnapp), with his mom Joyce (Winona Ryder) and Sheriff Hopper (David Harbour) discovering the boy in a dark alternate universe. To the relief of his friends and family, Will returns home safely following a short hospital stay. But cryptic — and even downright confusing — cliffhangers suggest all is not well in Hawkins, Indiana.

The Wrap goes on to list SEVEN FAN THEORIES circulating on Reddit. Don’t read them if you haven’t watched the series. To get the full explanation of each, read The Wrap’s article.

Eleven is Hopper’s Daughter. The Upside Down is all in Eleven’s head. Eleven is the monster (I think this one is true). Barb died because there could only be one red-head.

Consider this: what if that shaved-headed girl is fighting a version of herself? Not another part of her personality, but an actual physical manifestation of Eleven’s trauma in Hawkins’ lab?

The Dungeons and Dragons theory argues that Will, through his lengthy exposure to the shadowy dimension and physical corruption by the Demogorgon, gained supernatural abilities much like one of the game’s warlocks would. Those flashes of “The Upside Down” that Will saw during his trip to the bathroom were the real thing, as he is bridging the gap between dimensions much like Eleven does. And that squirmy larvae that he coughs into the sink? Also real.

Check out our new section, THE SCARE GUY, a place for news and updates about everything SCARY FUN in the Convention and Fan Events world. This includes the latest movies, TV shows, conventions, haunted events, podcasts, and everything else both SCARY and FUN.

One thought on “SEASON TWO OF ‘STRANGER THINGS’ WILL HAVE JUSTICE FOR BARB — AND RETURN OF DR. BRENNER”