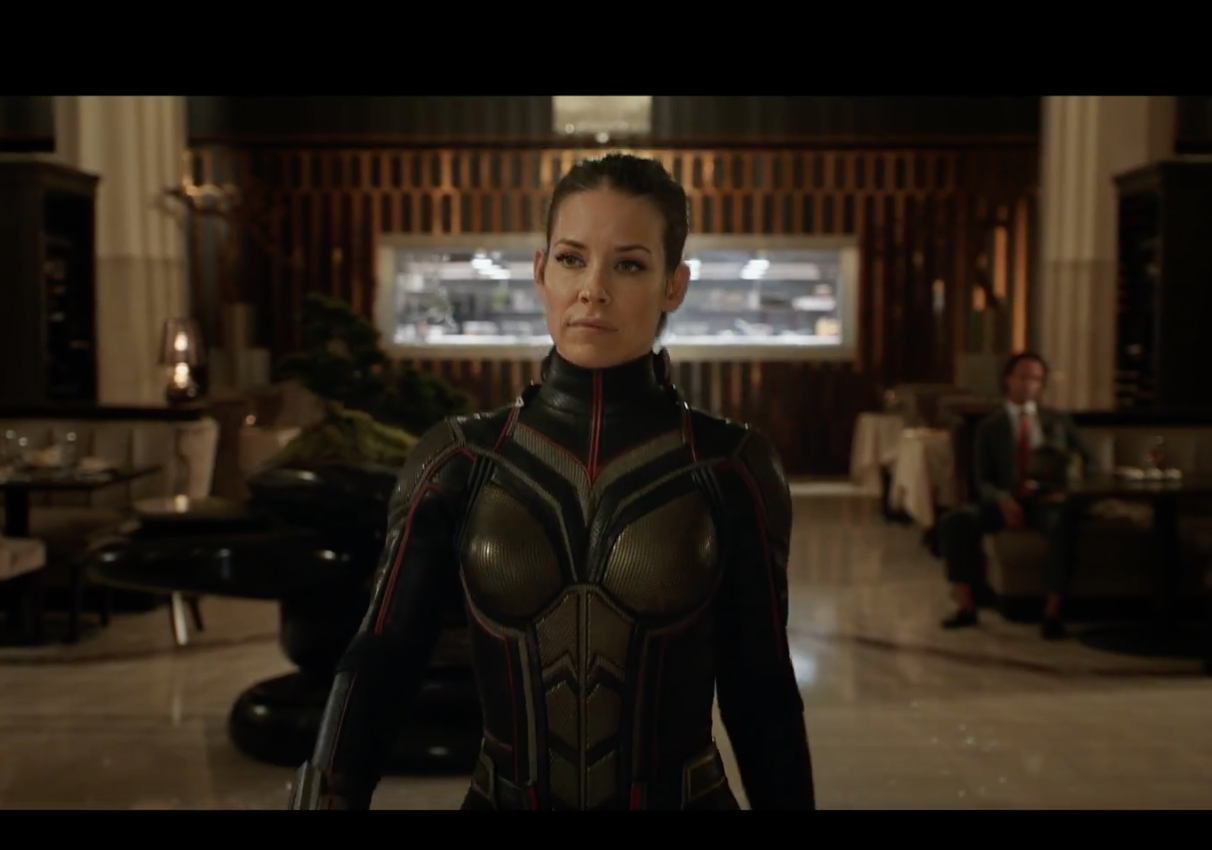 Who is The Wasp? Evangeline Lilly, that’s who–I’ve had a massive crush on her ever since her “LOST” days as Kate, everyone’s favorite bad-ass. But now, find out all about her new Wasp character by joining her, Kevin Feige, Stephen Broussard, and Paul Rudd for a look at the legacy of The Wasp from her Super Hero origins in the Marvel comics, as a founding member of the Avengers, to her connections to the next AVENGERS film and the Marvel Cinematic Universe going forward.

ANT-MAN AND THE WASP