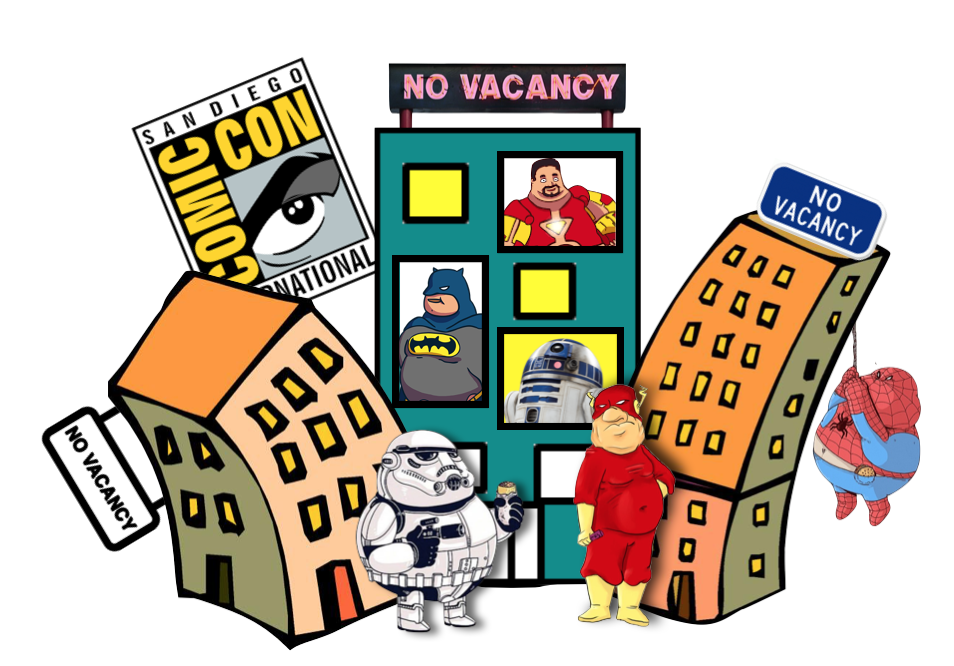 Something has to be done. The San Diego Comic-Con hotel sale is just plain frustrating. And confusing. It would be one thing if we understood HOW we were assigned hotels, or what determined who got a downtown hotel and who didn’t. But as it now stands, most of us are just in the dark. Check out our podcast, where we discuss the hotel sale, the frustrations, and what options are available. We start discussing Hotelpocalypse at the 29-minute mark.

I’m not the expert on how to fix it. By no means. So, we’ve collected the opinions of people who know what they’re talking about. HOPEFULLY we can shed some light and offer up some solutions. Because as it now stands, right now the process is as follows: Log in. Pray. Wait. Wait. Wait.

APRIL 26: onPeak sent emails out to badge-holders with a link to get into the online “waiting room” beginning at 8 a.m. on April 26. Then, at 9 a.m., those of us who were in the waiting room were then randomly selected to register for our top 6 downtown hotel choices and additional 6 “other” choices.

MAY 1: The first batch of emails went out informing attendees that they had successfully gotten their hotel choice.

MAY 8: The second batch of emails went out informing the second round of attendees of their hotel assignments (not as many downtown hotels were available on May 8).

MAY 15: The wait list opened up, allowing people to attempt to get a hotel from anything left. If you did not get a hotel during the sale, and you did not receive an email from onPeak on either May 1 or May 8, then you should receive a waitlist link from onPeak. HURRY though, the hotels are selling fast. Access the waitlist here >>> 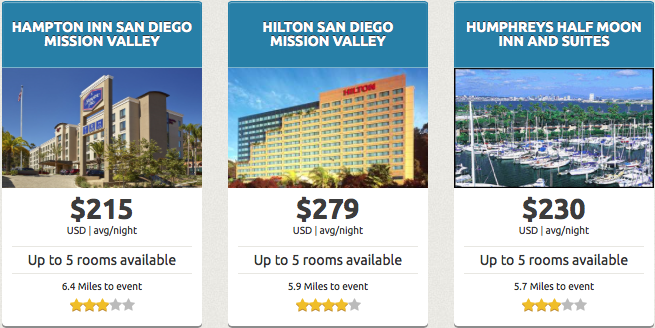 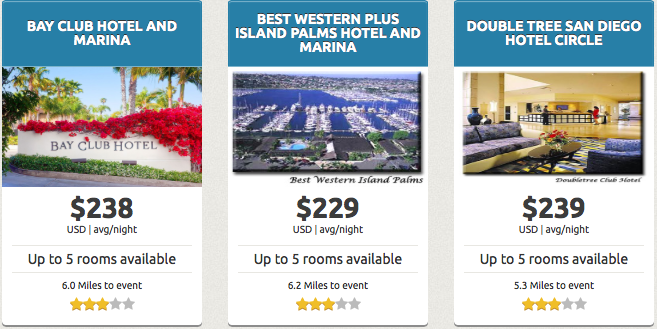 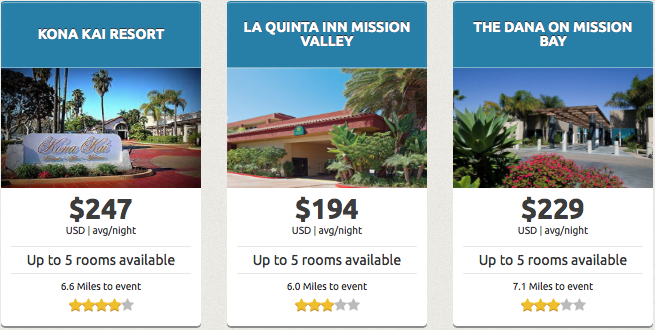 WHAT CAN I DO IF I DON’T HAVE A HOTEL?

Don’t fret, though, because you do have options. First, check out the Waitlist, above. If that proves unfruitful, go over to Friends of Comic Con. It’s a great site that facilitates hotel swaps. It’s completely legit and on the up-and-up. They’ve been helping distraught hotel-seekers for years. Then, of course, there’s the obvious:

I’ve been to San Diego Comic-Con eight times, and I’ve used one of these travel sites at least half of those times.

Special Note: Use AirBNB at your own risk, since San Diego might make it illegal, and there are horror stories of people getting swindled. We advise against it.

Also, if you don’t mind riding the Amtrak Surfliner (I love it!), then just grab a hotel north of San Diego along the Surfliner route: Carlsbad, Oceanside, even Dana Point or San Clemente.

You could also try out the REDDIT message boards for SDCC hotel swaps.

WHAT’S THE PROBLEM, AND WHAT CAN BE DONE?

Too many attendees for too few rooms. That’s the simple problem.

It’s interesting to note that onPeak is also the vendor who does hotel sales for a number of other large events, including the massive New York Comic Con. Their waitlist is also open right now through onPeak.

But San Diego has its own set of difficulties. This is where we’re going to rely on some of the experts from around the web, because we don’t have the answers.

NERDOPHILES
I have this naive hope that SDCC or onPeak might respond to everyone’s questions about what the hell actually happened this year during Hotelpocalypse. There has been a lot of confusion and frustration regarding the whole process and the onPeak folks so far are staying mum. But it would be nice to know what effect – if any – getting into the initial sign-up form at a certain time on April 26th had to do with your hotel choices. Everyone swears by the fact that your timestamp matters. When you get into the form and/or how quickly to fill it out matter. But that simply can’t be true or we wouldn’t hear so many stories about people who got in to the form (and completed it) within the first minute getting shafted under the current system.
FULL ARTICLE HERE >>>

SDCC UNOFFICIAL BLOG
There’s really no reason why the randomization needs to happen on the front end, though. Why not simply open the form up for a period of time – say, somewhere between 2-24 hours – and state up front that it doesn’t matter what time you fill out the form, because it’s all going to be randomized on the back end later. There would no longer be a need for a waiting room to funnel people through, because it wouldn’t matter if you refresh at 9AM on the dot, so thousands of attendees wouldn’t be overloading the form all at once. Instead, while it’s certainly stressful waiting to see what hotel you got — it takes some of the tension out of the process.
FULL ARTICLE HERE >>>

CRAZY4COMICCON
The hotel sale should first and foremost be about people attending the Con (badge holders only). There are only so many rooms that are available at the discounted rate provided in the Hotel Sale and they should be available to every single person attending SDCC but unfortunately most of the actual attendees get stuck outside of Downtown and on the shuttle route. Since the Hotel sale is open to everyone under the sun, a lot of the rooms go to non-attendees. I’ve got no problem with people who want to go and enjoy everything SDCC has to offer outside the con but they shouldn’t get to take away rooms from the people who pay to be at the con! They should only be allowed to either do the early bird or have to pay the hotels full prices.  *(Hey, Tony Kim, we absolutely love this suggestion!–editor)
FULL ARTICLE HERE >>>

If you have suggestions, horror stories, successes, or anything else that would aid the conversation, please comment below or send us a note. Because this is one topic that ain’t going away anytime soon.