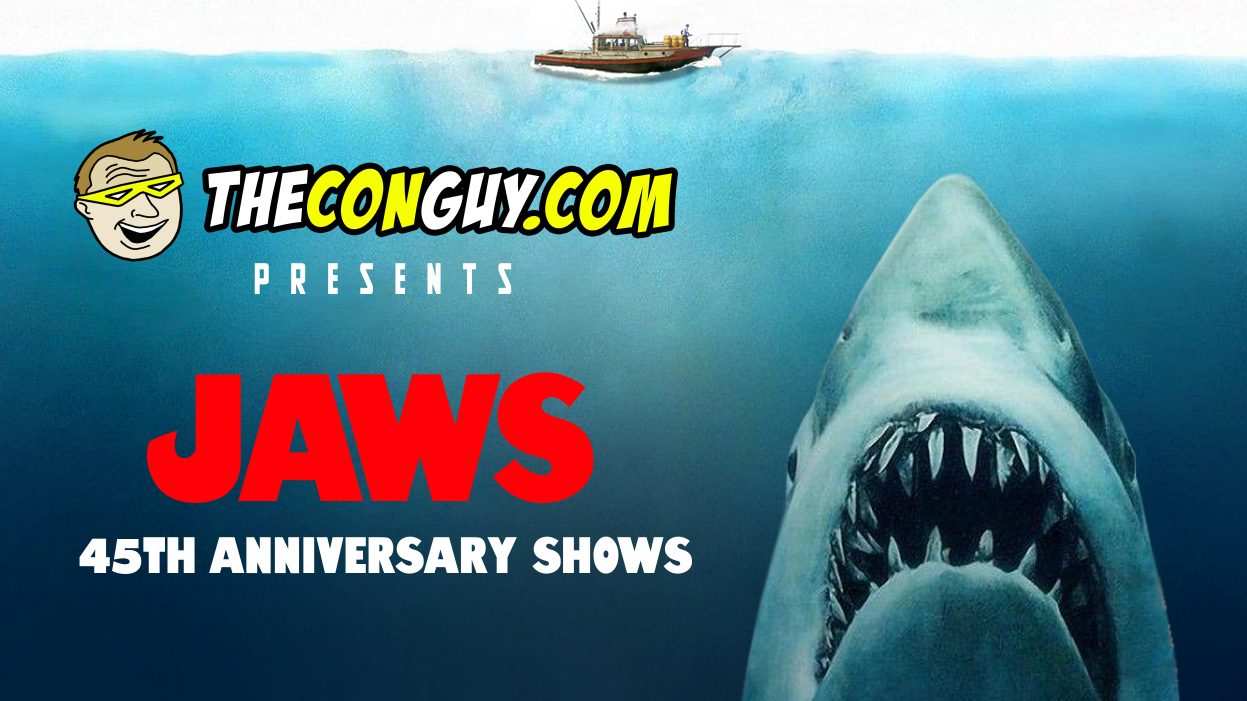 We look forward to SHARK WEEK on Discovery Channel every year, and this year it’s an even bigger deal because here at The Con Guy we’re celebrating the 45th anniversary of our favorite shark film of all time — JAWS!!!! To honor Steven Spielberg’s biggest fish film, we hosted a brand-new show EACH DAY. Check us out!

Episode 3 — Actor and islander JEFFREY VORHEES (who played Alex Kintner, the young boy on that doomed yellow raft!) takes us back to the beach in Martha’s Vineyard where it all happened!

Episode 5 — Co-writer and actor, Carl Gottlieb, discusses his history as a writer in Hollywood, becoming an actor and the writer on JAWS and the following films.

Episode 6 — Movie effects and Make-Up Icon Greg Nicotero, (The Walking Dead) possibly the biggest JAWS fan out there, shares his experience first seeing the film which led to him restoring the only existing shark from the original mold.