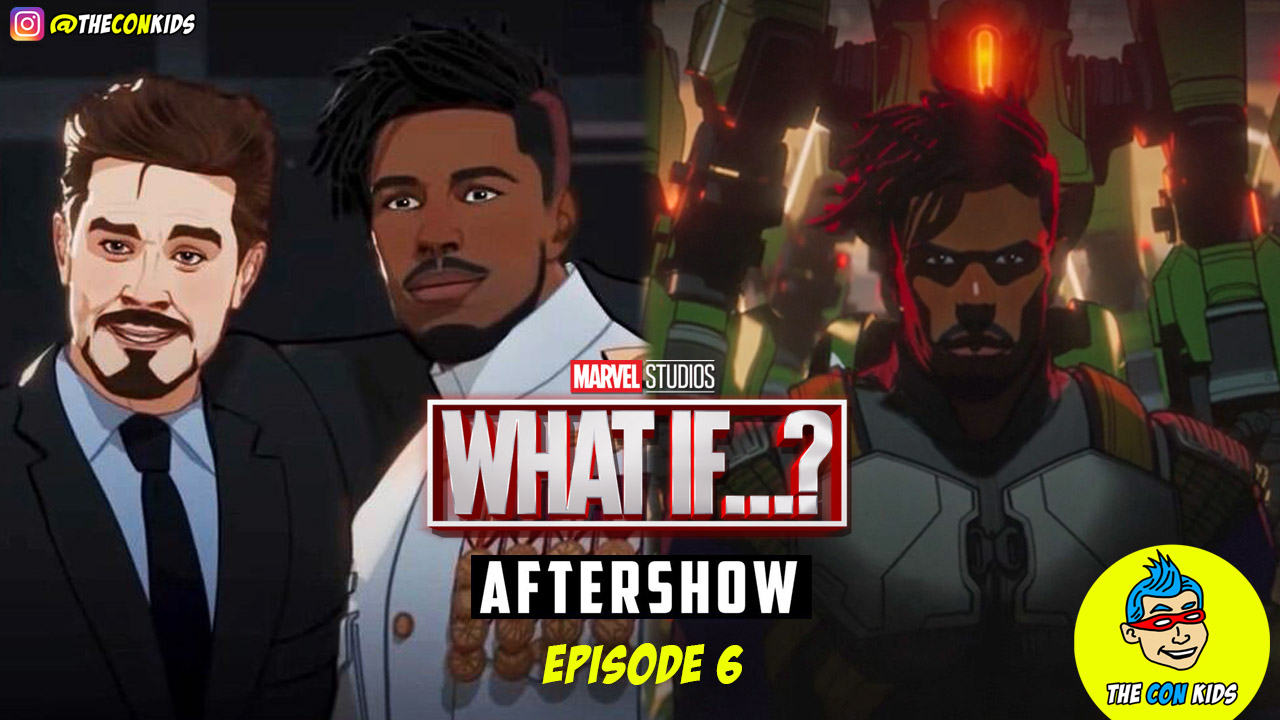 Welcome to the CON KIDS aftershow for Marvel’s What If…?, where we review and break down each part of Marvel’s new animated series that flips the script on the MCU, reimagining famous events from the films in unexpected ways. This week we discuss EPISODE 6 – What if Killmonger saved Tony Stark? Tony Stark is not captured in Afghanistan, as seen in 2008’s IRON MAN movie, which kicked off the Marvel Cinematic Universe. Instead, T’Challa’s arch-enemy KILLMONGER saves him.