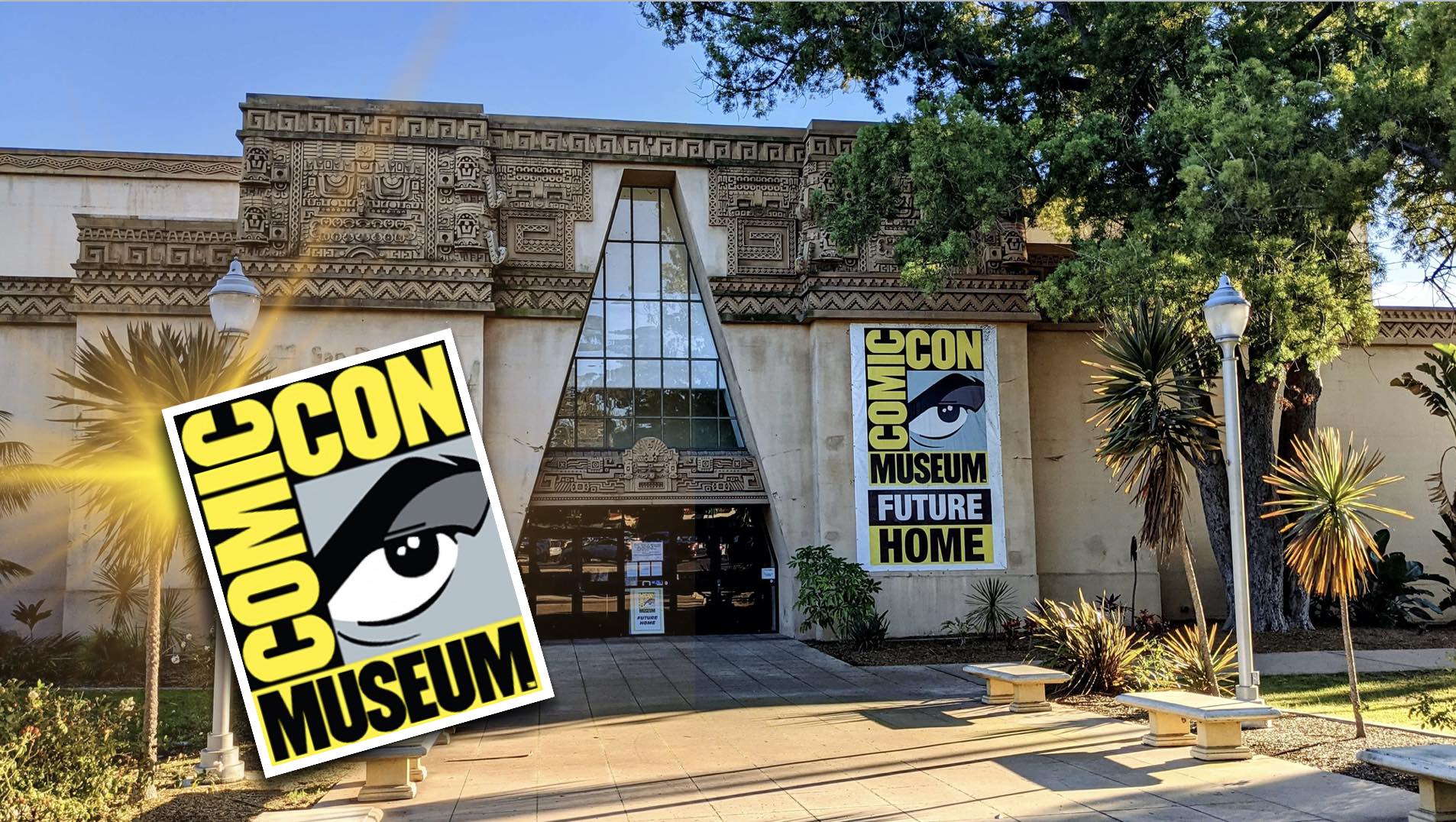 Phase One of the Two-Phase Opening Scheduled for November 2021

San Diego Comic Convention (SDCC), the non-profit organization that produces the annual popular arts and culture celebration Comic-Con, announced today the start of construction on the new Comic-Con Museum in Balboa Park with the opening and daily operations set to begin November 26, 2021. The event will coincide with Comic-Con Special Edition, a reduced-sized fall version of the Comic-Con convention held each summer in San Diego.

The Comic-Con Museum will allow fans and the public to see exciting and fun exhibits, art, and images connected to comics and related popular art while serving as a meeting place for the community of fans and lovers of popular art in all its unique forms.

“Comic-Con may be a San Diego institution, but people from around the world have eagerly anticipated this year-round home to celebrate the popular arts they love,” commented San Diego Mayor Todd Gloria. “With the Museum’s construction underway, we’re closer than ever to welcoming a global audience to get a taste of the Comic-Con experience in the middle of our City’s crown jewel, Balboa Park.”

“We are eager to begin renovation on the old Federal Building and are excited to join the other esteemed museums in what is often regarded as the cultural heart of San Diego,” said David Glanzer, spokesperson for the non-profit.

The Museum will continue to expand its interior display space and educational area over the next several months leading to a grand opening scheduled for July 2022. The primary sources of revenue for SDCC are the comics and related popular art conventions it holds each year. However, due to the worldwide pandemic, the organization has not been able to hold an in-person event since the 2019 Comic-Con in San Diego. “The consequences of COVID-19 have had its effect on SDCC, despite those challenges, the organization is moving forward with its promised construction and opening of the Comic-Con Museum,” commented Glanzer. “For a variety of reasons, chief among them the continuing global crisis, fundraising for the Museum is not at the level we would have hoped.” Therefore, the November opening of the Comic-Con Museum is just the first phase of planned improvements, with more to come over the next several years. The opening of all three floors is scheduled for July 2022.

To learn more about how you can support the Comic-Con Museum please visit: comic-con.org/museum

Information on all aspects of San Diego Comic Convention is available on its website at comic-con.org.