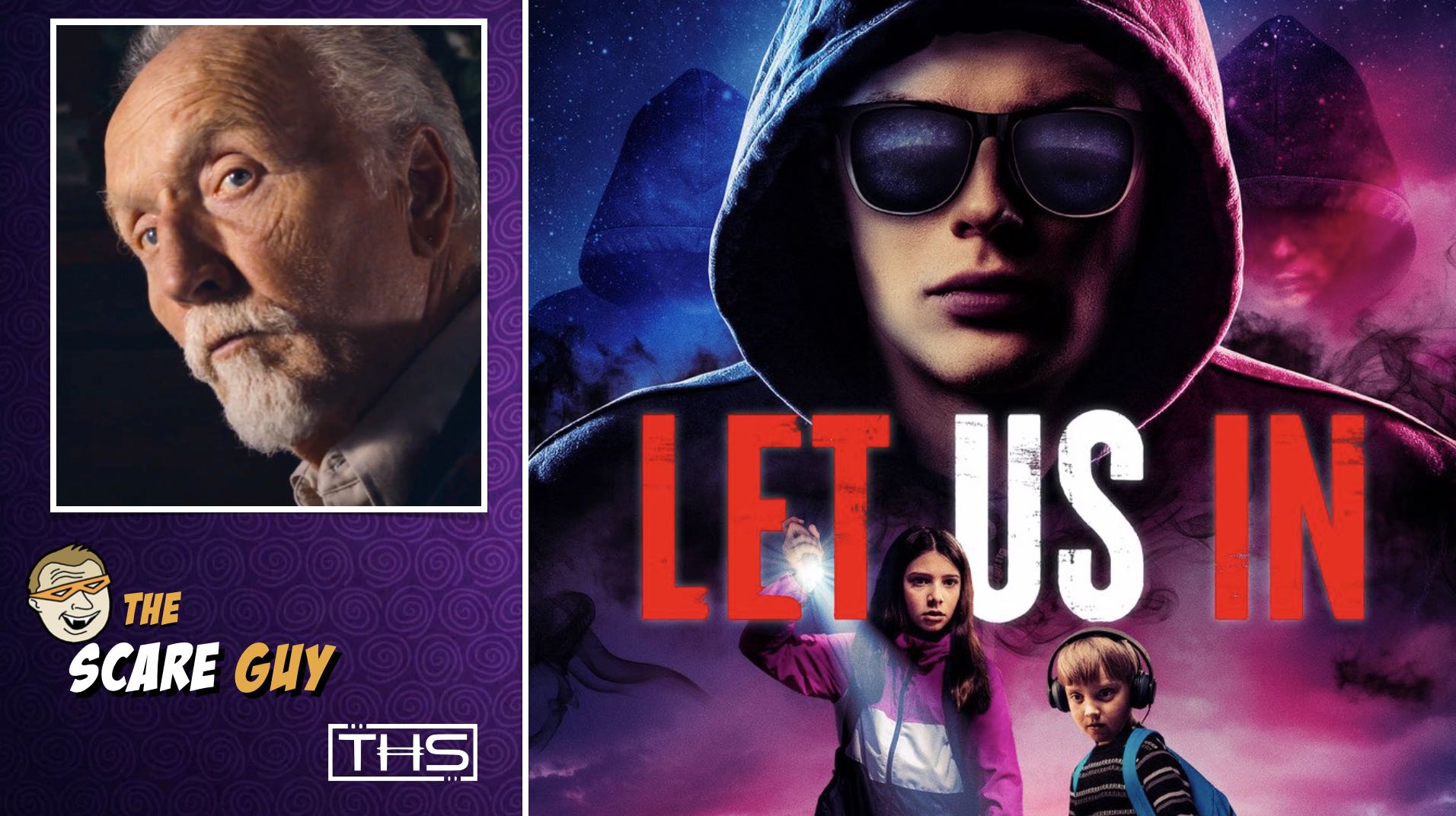 When a spirited twelve-year-old girl and her best friend start investigating the sudden disappearances of several teens in their small town, they soon realize there might be something deeper, more sinister, and infinitely more creepy happening in the brand-new film LET US IN, which opens July 2 on Digital and on-demand. It’s based on the urban legend of the black-eyed children, and it’s a ton of fun! Our guest for this week’s show is the director and writer of LET US IN, Craig Moss. He’s known for the films Bad Ass (2012), Bad Ass 2: Bad Asses (2014) and Bad Asses on the Bayou (2015), along with Nightmare Nurse, 911 Nightmare, Breaking Wind…. And others.

I had never heard of the black-eyed children before, but I was still really on board with the concept. As Jim said, it felt like a throwback to movies we hadn’t seen in a while, and it reminded me a bit of Goosebumps or “Are You Afraid of the Dark?” At The Scare Guy, we don’t celebrate needless gore or the “torture porn” movies that sometimes pass as horror. What we like is what we call “spooky fun,” and this movie fit that bill perfectly.
.
One thing we all especially loved was that this was a movie ABOUT kids played BY kids and safe FOR kids. I don’t have kids of my own yet, but so far I’ve been a foster dad to four (who are mine to me). Introducing my kids to good stories is important to me, especially stories that show that even though there are bad, dangerous things in the world, those things can be defeated. This is the kind of movie I feel like I could watch with my kids in a few years. It has spooky villains that are scary enough without leaving a young viewer scarred for life, and it features brave kids who overcome differences in order to come together and do the right thing. I’d just cover their eyes for that flashback scene with the pool. 😉
.
I think the fact that Craig and Mackenzie worked together as a father-daughter team on this really helped with the genuineness of the young characters and their relationships, and also helped make it the kind of movie a 12-year-old and her father can enjoy watching together too. I hope to see more from both of them in the future.