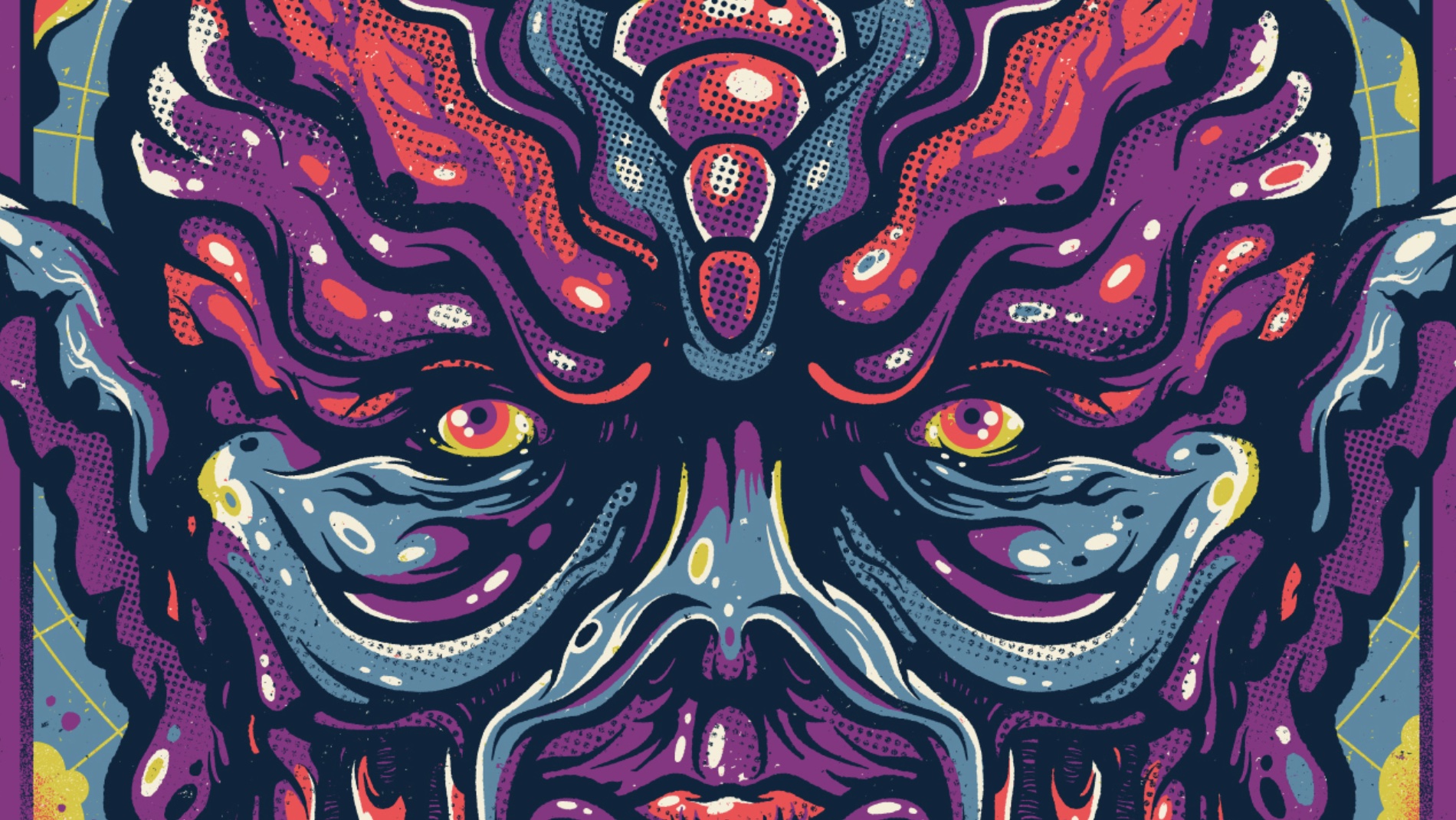 Have you seen the movie PSYCHO GOREMAN yet? If not, you’re life is poorer for it. It makes your eyes bleed with it’s outsized gore and throwback special effects, all in service to an oddly touching story about a space alien who befriends a kid… think E.T., but this time, E.T. explodes your head and smushes your dog. Yeah… it’s that great.

Here’s how MONDO describes it: Equal parts grindhouse creature feature and Amblin-esque coming of age kids-befriend-alien adventure, Steven Kostanski’s film is a love letter written in blood, for all of us who grew up obsessed with monsters, over-the-top science fiction, and genre films of the late ’80s. 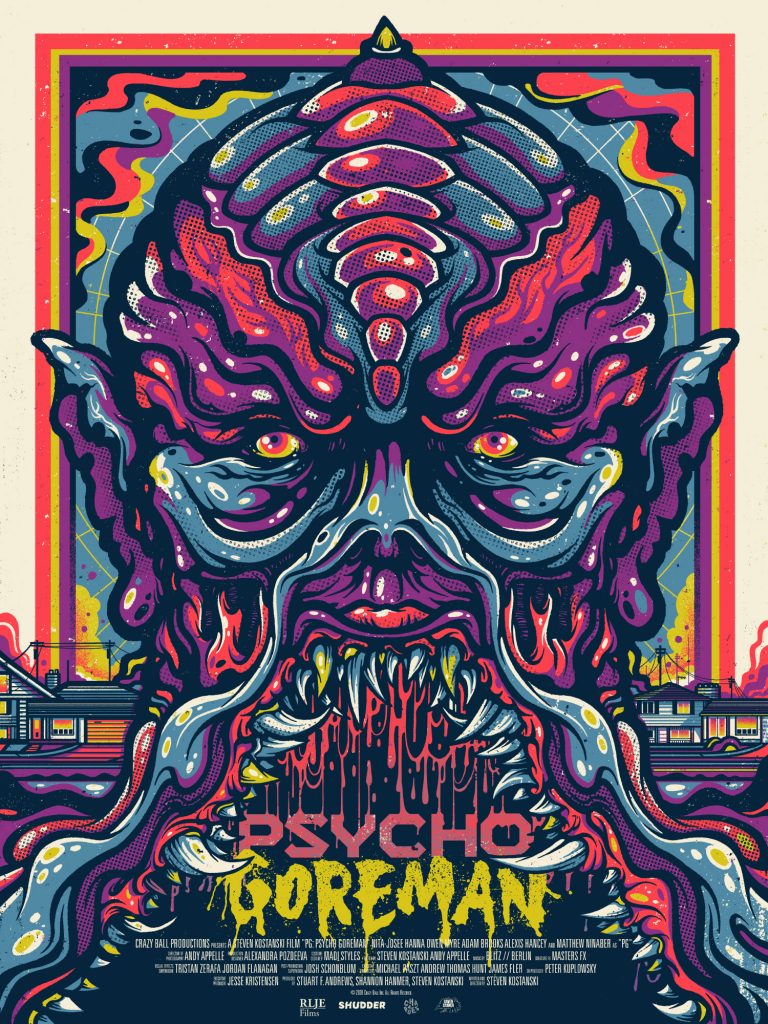 PSYCHO GOREMAN Screenprinted Poster. Art by Drew Millward. Printed by Lady Lazarus. 18″ x 24″. Edition of 175. Expected to ship in August 2021. Ships Worldwide. $50. You can pick up the poster here.

And for an added treat, check out our interview with Mr. Pyscho Goreman himself, the incredibly and hilarious MATTHEW NINABER, the star inside the monster suit of this galactic bloodbath. It’s a splatter-fest that’s equal parts horror and comedy, with a bit of 90s-era nostalgia thrown in. You can watch the interview right here: