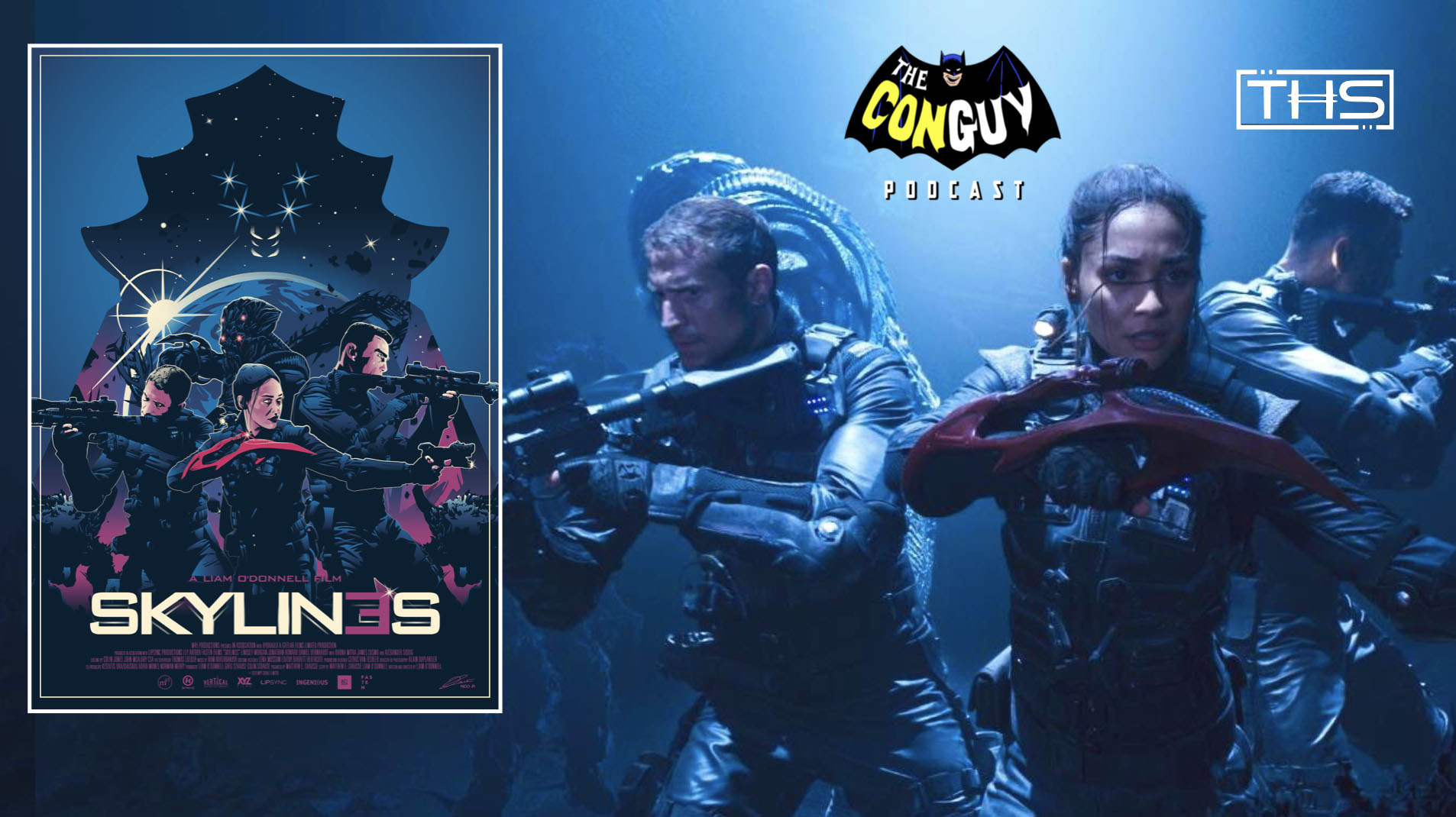 SKYLINES, which arrives in select theaters and on-demand December 18, is the third installment of the Skyline franchise and stars Lindsey Morgan (“The 100,” Inside Game), Jonathan Howard (Thor: The Dark World, Godzilla: King of the Monsters), Rhona Mitra, Alexander Siddig and James Cosmo.

In this episode of THE CON GUY PODCAST, we’re talking with star Jonathan Howard, who plays LEON, an elite soldier; and with the film’s writer/director Liam O’Donnell.

What it’s about: When a virus threatens to turn earth-dwelling friendly alien hybrids against humans, Captain Rose Corley (Lindsey Morgan) must lead a team of elite soldiers on a mission to the alien’s world in order to save what’s left of humanity.