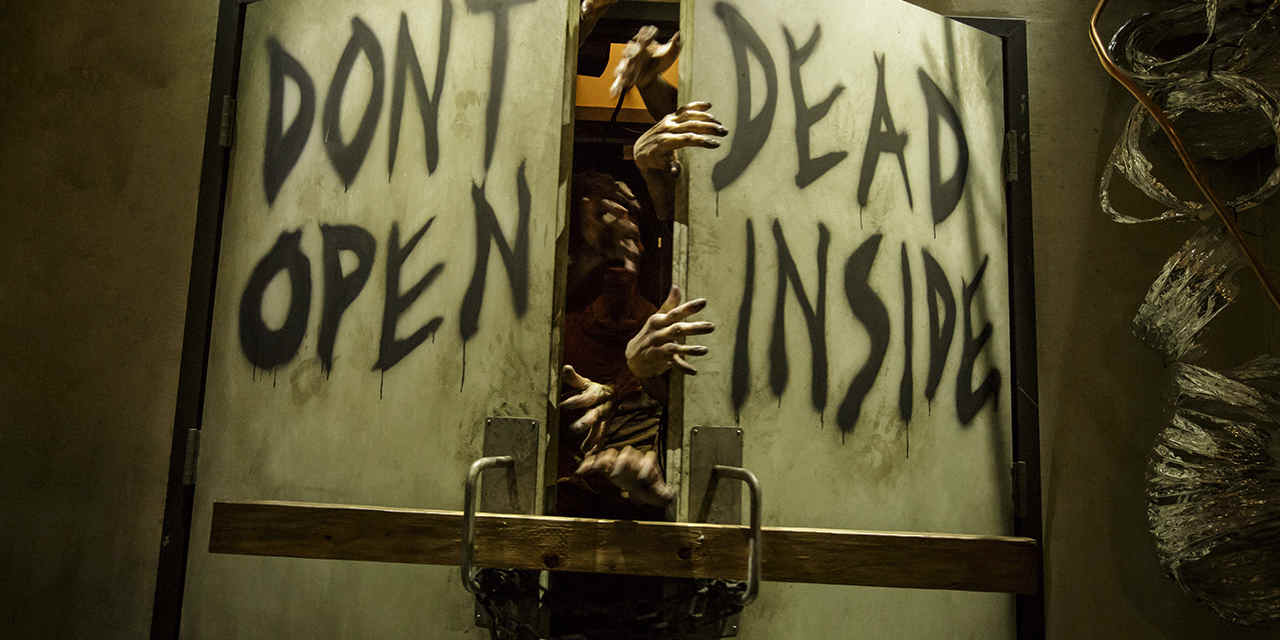 First, the Walker Stalker fan conventions lost their luster and began to shrink (amid controversy). Then, creator Robert Kirkland abruptly ended the Walking Dead comic book series in a finale that jolted long-time readers. And now the not-so-permanent THE WALKING DEAD attraction at Universal Studios Hollywood is closing on March 3. It’s just another sign that the once mighty behemoth WALKING DEAD franchise is nearing its end. Which is sad yet unavoidable. Now going into its tenth season on AMC, the mothership TV series has seen better days. Having killed off most of the main characters, leaving only Daryl and Carol, the series seems to be limping along, desperately clamoring for breath. I once hosted a weekly gathering of friends to watch it — now, however, many of those same friends now ask, “Is it still on?”

From the website Inside Universal: “The attraction originally opened in 2016 after replacing Universal’s House of Horrors, another year-round walk-through haunt, and has been featured at Halloween Horror Nights as part of the event’s lineup…We can speculate that the walk-through’s proximity to Secret Life of Pets undoubtedly presented an issue – especially as Universal transforms the area from Baker Street to Pets Place and connecting the family-friendly Illumination Entertainment properties. In addition, The Walking Dead’s popularity certainly has waned since the attraction opened in 2016.”

Although I’m sad that THE WALKING DEAD, once the biggest thing on TV and a show that I couldn’t miss each and every Sunday night, is slowly disappearing. I still watch it, and I can’t wait until next season’s return of Lauren Cohan as fan-favorite Maggie. My big complain about the show is that it became too much death-of-the-week…. in the early days, it was much more about banding together for survival, and the stressed relationships between the main characters. In the early days it was all about the continuing story of RICK GRIMES. Rick’s wife is gone and so is his son. And now with Rick gone from the series (although he will be getting a series of films), THE WALKING DEAD seems to have lost its way. The current season’s villain — Alpha — is less scary than she is just plain irritating. I really can’t stand to hear her talk (whisper). Bring back Negan. Or the Governor. Or anybody, for Pete’s sake. Bring back Maggie. Or maybe—and I hate to say this—maybe it’s time to put The Walking Dead to rest. In the show, when someone is lying in bed slowly becoming a zombie, the “merciful” thing to do is to “put them to rest.” Perhaps that’s what’s needed now….

Although, I must say — I’m gonna keep watching as long as it’s on… or, at least as long as Daryl and Carol are there.